Life after Mick McCarthy wasn’t meant to be like this. Paul Hurst’s appointment at the end of last season received plenty of fanfare. It was dubbed a new era, but 15 games into this Championship season and it is feeling too much like take two.

Hurst was sacked on Thursday after only one win in 14 league games with a first round Carabao Cup exit at Exeter just one of several lows of what was supposed to be the start of something new and exciting.

Paul Lambert, appointed six hours ahead of the 3-0 drubbing at Millwall on Saturday, now has a huge job of stopping Ipswich dropping to the third tier for the first time since 1957. 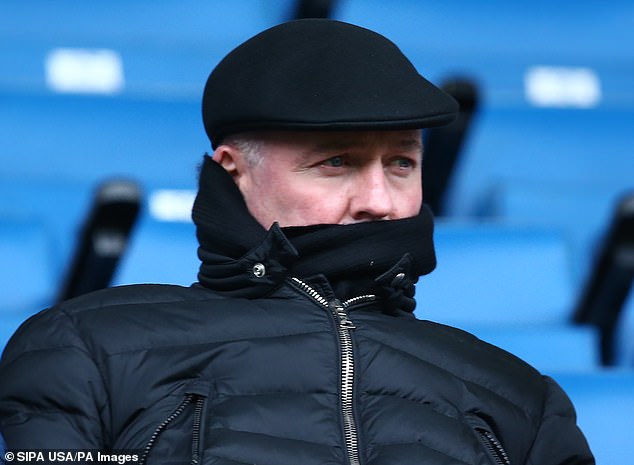 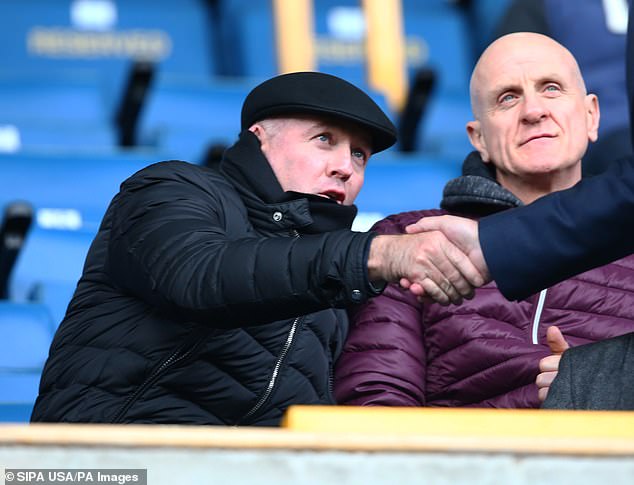 Lambert watched from the stands at The Den in a flat cap which seemed to get lower as Ipswich got worse.

‘Well I think the game probably sums up… how can I put this? It would show all our problems and shortcomings probably,’ said caretaker manager Bryan Klug.

Klug has seen plenty over the 41 years he has been associated with the club – starting as an apprentice in 1977 – and his pained expression in the post-match press conference said it all. ‘It’s urgent,’ he added. 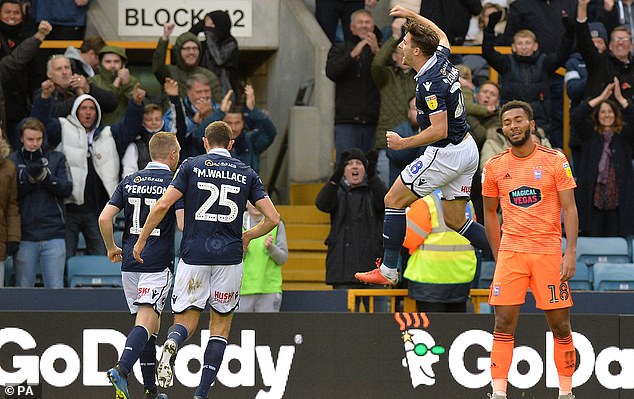 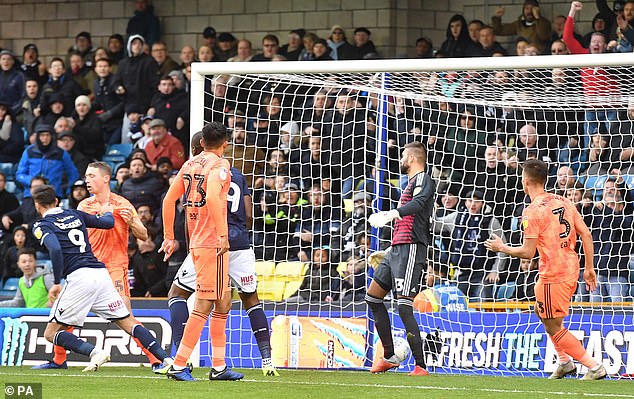 Lambert will look to his time of saving Norwich, Aston Villa and Blackburn from relegation for inspiration.

A clear problem is the number of goals conceded from set pieces. From the 25 league goals conceded this season – joint-third highest in the Championship – 12 have come from dead ball situations.

They also have the joint-lowest number of goals scored with 11 and haven’t scored in 276 minute of play. Their goal difference of -14 is the worst in the league.

There is one glimmer of hope, though. When McCarthy took over in November 2012, Ipswich had seven points after 13 games and went on to finish 14th. They now have nine from 15.

‘It’s not all doom and gloom,’ Klug said. ‘The players have got to stick together. We’ve got to fight. We know we’re in a fight.’