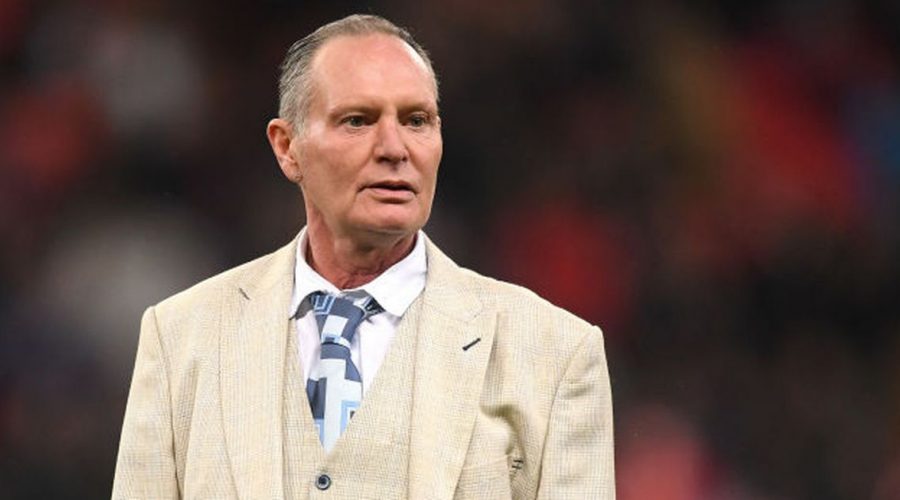 Paul Gascoigne could reportedly have to go without cigarettes and alcohol for up to ten weeks during his time on Italian show Isola de Famosi.

Gazza is heading into a jungle in the middle of Honduras for the show, which has similarities to ‘I’m a Celebrity… Get Me Out Of Here…’.

It kicks off on Monday and will run all the way until the end of May, with celebrities having to fight for survival during their time.

It means no luxuries such as fags or booze, while Gascoigne will not be able to contact the outside world either.

The Mirror add that stars, which will also include former showgirl and dancer Angela Melillo, are only allowed to take two pairs swimming trunks, two pairs of underwear, a toothbrush, a comb or hairbrush and a pillow.

It will all be worthwhile to the winner though, who will receive €100,000, which Gascoigne has already promised to a charity founded in the honour of his nephew.

He told Italian magazine TV Sorrisi e Canzone: “If I win, I will give the prize money to a charity founded by my family in memory of my nephew.”

Gascoigne has battled alcohol addiction and opened up on his struggles earlier this year.

"I'll always be an alcoholic," he told The Sun, "but now I can have a couple of glasses of wine, and I have a few beers. Not every day, but when I want to.

"I don't ever drink when…well, put it this way — if I want a drink I'll have a drink. If I don't want one I'll just leave it, which is not the right thing, but I've been like that for ages."

And on the upcoming show, he said: "This Italian one is ten weeks. You eat rice and I'm hoping it'll leave me with a great sun tan and I'll stop smoking.

"I'm brushing up on my Italian at the moment. I can understand more than I can speak, but I'll be OK.

"I've met some of the contestants. I don't know who they are and a lot of the young girls didn't really know me either.

"But a guy who was a Lazio fan dropped to his knees in front of me and started praying. That was a bit embarrassing."