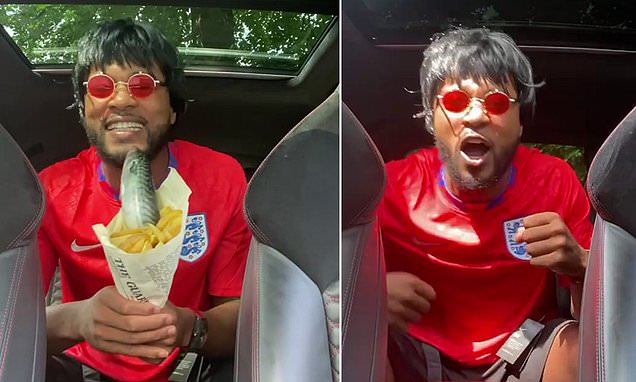 Patrice Evra encourages England to win their first tournament since ‘the dinosaurs were alive’ in wacky viral Instagram video… which sees him holding a RAW FISH and chips and singing along to Fatboy Slim in an Oasis wig!

Patrice Evra has set tongues wagging on social media with a wacky video in which he encourages England to win their first tournament since ‘the dinosaurs were alive’.

England thrashed Ukraine 4-0 in Rome on Saturday to set up a semi-final date with Denmark on Wednesday, with a potential final set for Sunday 11 if they progress, and the chance to secure just the second major competition in their history.

And former Manchester United defender Evra backed Gareth Southgate’s side to go all the way in a hilariously bizarre post on Instagram. 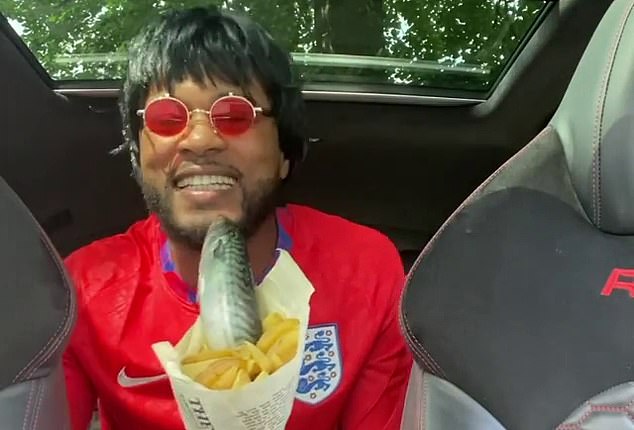 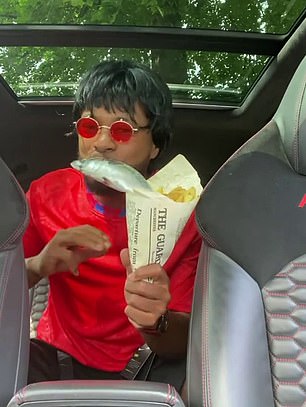 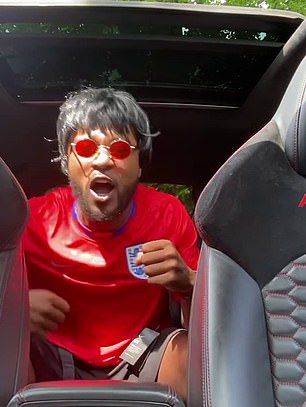 In the viral clip, which has now been viewed more than 700,000 times, he is sporting a red England shirt, round sunglasses and an Oasis wig in honour of the Gallagher brother’s legendary Manchester-based former band.

He sings along to Fatboy Slim’s remix Praise You – despite the nods to Oasis – using a raw fish and bag of chips as a microphone, before smelling the fish and opening the sunroof of his car due to the bad smell. 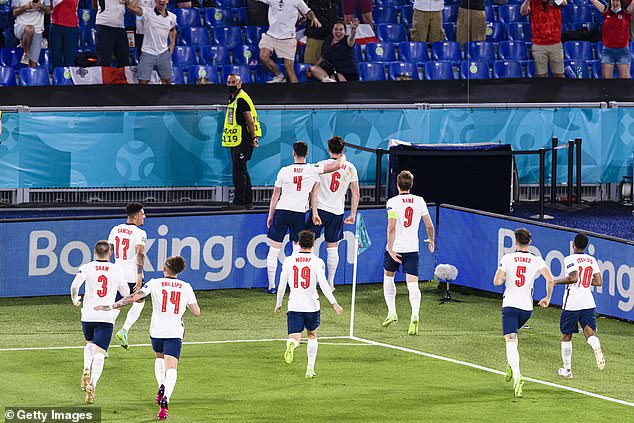 The 40-year-old then shouted: ‘It’s Monday! (laughs maniacally) Evrasis has been waiting for so long. Last time England won a trophy even the dinosaurs were still alive! So come on chaps, you can do this, come on! The fish is alive, the fish is alive.

The five-time Premier League winner subsequently cried ‘I’m out’ and jumped out the sunroof of his car before climbing back in and repeating his popular social media catchphrase: ‘I love this game!’