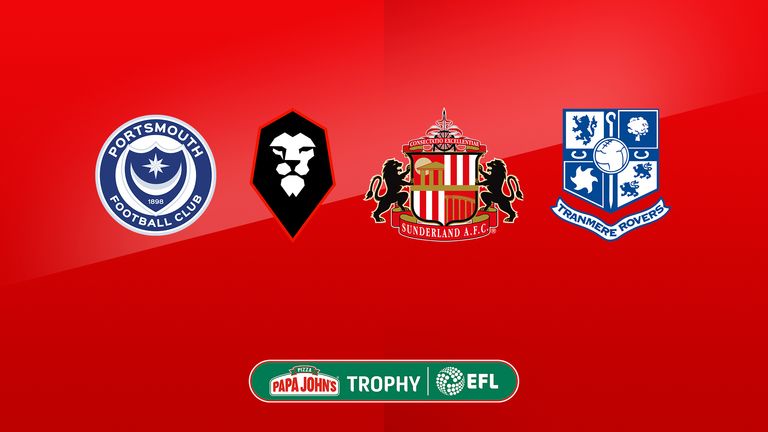 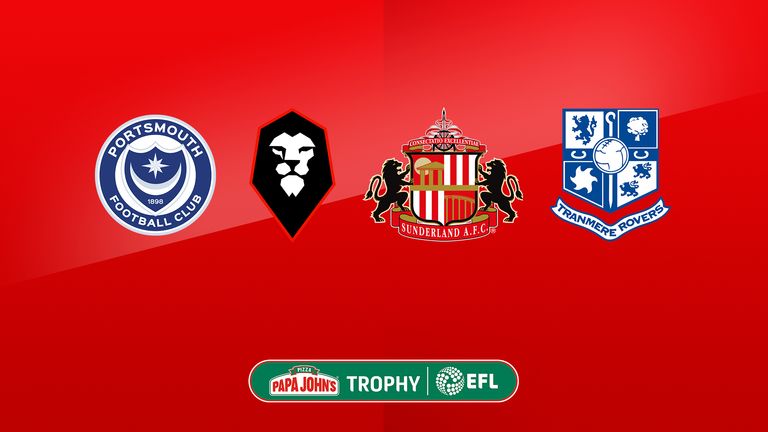 Portsmouth and Salford booked their places in the 19/20 edition all the way back in February 2020 and were due to face off on April 5 2020, before the Covid-19 pandemic forced the cancellation.

They will finally go head-to-head in the capital this Saturday, in the first of two fixtures in what has been billed as a ‘Wembley Weekender’, which was announced early February.

Following that, on Sunday, Sunderland and Tranmere will battle against one another in a bid to be crowned the 2020/21 champions.

On TV: Live on Sky Sports Football from 2.30pm on Saturday.

Online: Sky Customers can also watch on Sky Go or the Sky Sports app from 2.30pm.

How to follow: You will be able to follow our live blog from across our website and app, where we will have free in-game clips of all the goals and key moments, and free highlights shortly after full-time.

Portsmouth’s Kenny Jackett: “We’ve waited a long time for this game to come around and it would be great if we could get the win on Saturday. Salford will be thinking exactly the same and they’re a good side, so we will need to be at the top of our game.

“Since the turn of the year we’ve been inconsistent and the results haven’t been what we’ve wanted. So we have to work it out – and quickly – and grasp the opportunities with both hands. We can’t kid ourselves and need to do better. It wasn’t that long ago when we were in good form and there’s a determination among the players and staff not to let this season peter out.”

Salford’s Richie Wellens: “The league is the priority. If anything, this game is a distraction. There are no supporters there. I’ve played at Wembley in front of 80,000 so it’s not going to do anything for me. It’s a bit of a hindrance but, for the players, it will be a huge honour and we’ll treat it very seriously.

“It just means with that game being on a Saturday, we’ve had a postponement to a league game and that’s another extra Tuesday game. I don’t know why the powers that be couldn’t organise it to be after the last game of the season because our schedule is already taken up.”

Portsmouth are looking to become the first team ever to retain the Football League Trophy, having won the last edition in 2018-19 against Sunderland.

Salford City are the 45th different team to play in the Football League Trophy final – this is the ninth consecutive final to see at least one team feature in the final for the first time.

This is the first-ever meeting between Portsmouth and Salford City in any competition.

Portsmouth have lost their last three matches, all in League One – Pompey haven’t lost four in a row in all competitions since November 2017.

Salford City’s only previous appearance at Wembley was in the 2018-19 National League play-off final, winning 3-0 against AFC Fylde to reach the Football League.

This will be Portsmouth’s 10th appearance at Wembley and their seventh at the new Wembley. With the new Wembley as a neutral venue, only Chelsea (23), Man Utd (19), Man City (17) and Arsenal (15) will have played there more than Pompey (7).

Portsmouth manager Kenny Jackett will become the first-ever manager to manage in three different Football League Trophy finals (2006 Swansea, 2019 Portsmouth previously). He is currently one of three managers to win the competition twice, along with Lou Macari and Steve McMahon.

Having won their only previous Wembley appearance in 2019 against AFC Fylde, Salford are looking to become the first team since Hull City in 2014 to win their first two matches at the stadium.

On TV: Live on Sky Sports Football from 2.30pm on Sunday.

Online: Sky Customers can also watch on Sky Go or the Sky Sports app from 2.30pm.

How to follow: You will be able to follow our live blog from 1.30pm here across our website and app, where we will have free in-game clips of all the goals and key moments, and free highlights shortly after full-time.

“I don’t think it’s a secret that the league would take precedent against that cup but the further you get towards the later rounds, you have to constantly judge where your league position is and balance off the risk and reward against the game.”

Tranmere’s Keith Hill: “We won [against Southend], we’re at Wembley this weekend when most teams in League Two are playing and we’ve got a game on Wednesday when most teams are playing on Tuesday, so the significance of the win is that it helps us. We’ll have a special weekend at Wembley representing Tranmere.

Sunderland’s only previous Football League Trophy final appearance was back in 2019, when after a 2-2 draw they were beaten 5-4 on penalties by Portsmouth.

This is Tranmere Rovers’ first Football League Trophy final since 1991, when they lost 3-2 to Birmingham City. Their only victory in the competition’s final came the year prior to that defeat, winning 2-1 against Bristol Rovers in 1990 under John King.

Sunderland won both of their League One meetings with Tranmere last season by an aggregate score of 6-0, winning 5-0 at home and 1-0 away. Their last defeat to Rovers was in January 2000 in the FA Cup, a 1-0 away defeat to a Wayne Allison goal.

Since beating Leeds in the 1973 FA Cup final, Sunderland are winless in seven matches at Wembley (D2 L5) – their two draws in this run have both ended with penalty defeats: the 1997-98 second-tier play-off final against Charlton and the 2018-19 Football League Trophy final against Portsmouth.

Sunderland have scored 22 goals in the Football League Trophy this season, just one shy of the record in a season set by Southend United in 1990-91 and Blackpool in 2001-02 (23 goals).

Sunderland’s Charlie Wyke is the top scoring player in the top four English divisions in 2021 in all competitions, netting 16 goals in 19 matches. Wyke is also the joint top-scoring player in this season’s Football League Trophy, alongside Fleetwood Town’s Harvey Saunders with five goals.

Tranmere Rovers have won 12 matches in 2021 in all competitions – among teams in the top four tiers of English football, only Manchester City have won more games this calendar year (19).