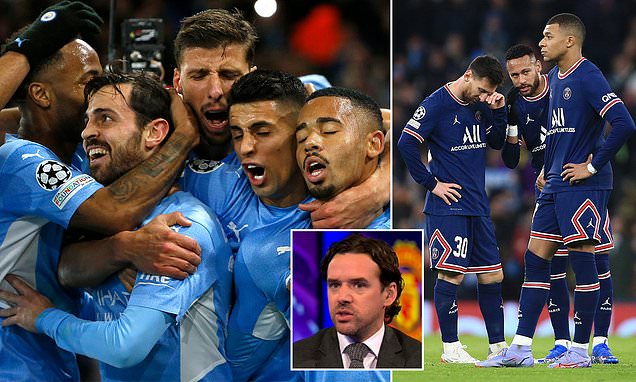 Owen Hargreaves has hailed Manchester City’s 2-1 victory over Paris Saint-Germain on Wednesday night as a ‘masterclass’.

Hargreaves said he was impressed with City’s ability to overcome the Ligue 1 giants without the likes of Phil Foden and Kevin De Bruyne – who were ruled out injured.

The BT Sport pundit also said that Lionel Messi and Neymar would be envious of the football Man City played during the Champions League group game at the Etihad. 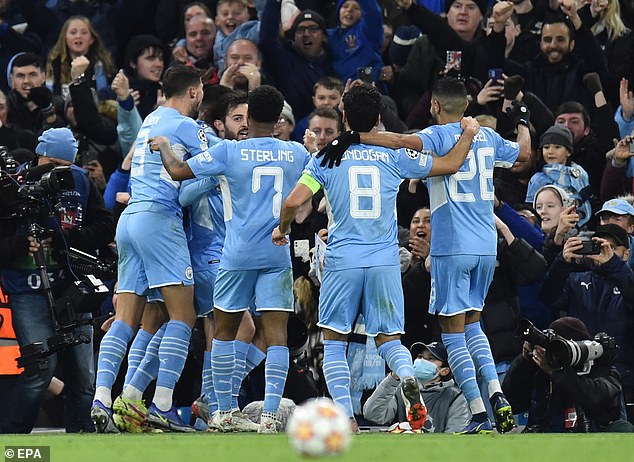 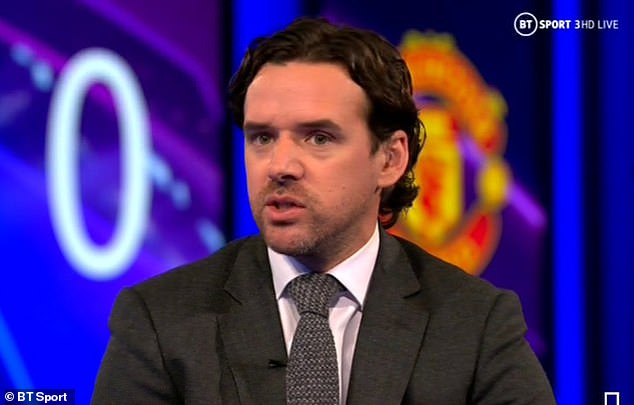 Speaking after the game, Hargreaves said: ‘I thought that was a masterclass. To do that without Phil Foden and Kevin De Bruyne.

‘Lionel Messi and Neymar will be walking off the pitch wishing they were representing a team that played football like that.’

Lescott agreed with Hargreaves, saying: That was a convincing win tonight. It could have been a higher score line for Manchester City. Paris Saint-Germain were hanging on for dear life.

On BBC Radio 5 Live, Dion Dublin agreed: ‘Man City controlled the game. PSG came out flying at the start of the second half, got their goal and then dropped off.

‘City deserved to win the game – more professional and more chances made. 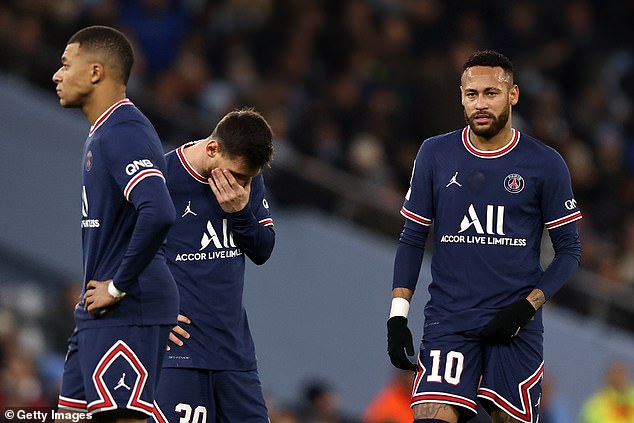 ‘It was professional performance from City. Gundogan was outstanding, Bernardo and Cancelo. They deserved to win 100%.’

Messi was of course linked with a move to City before joining the French club but a reunion with his former manager did not come to fruition.

The Premier League champions showed their class and were forced to come back from a goal down after Kylian Mbappe’s opener.

For all the glittering appeal of Mbappe, Messi and Neymar, there remain doubts over whether the star-studded side can play as an accomplished team and with the competition their owners consider the holy grail. 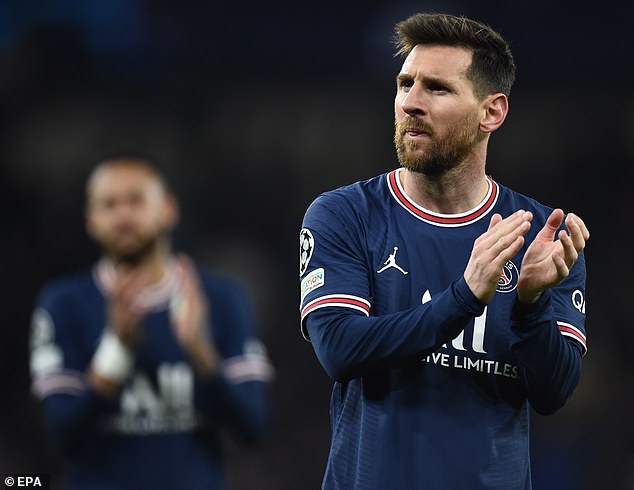