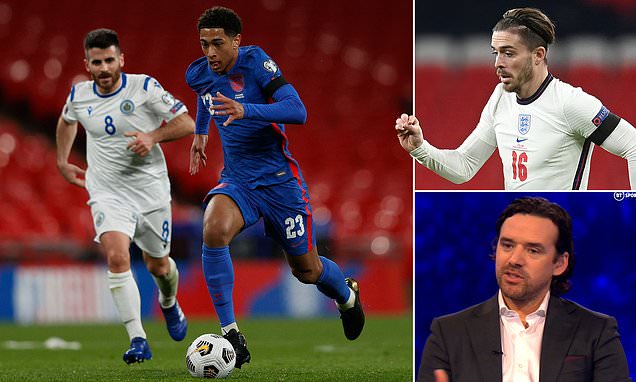 The Euros were due to take place last year, but were delayed due to the impact of the Covid-19 pandemic, meaning the tournament is set to happen this summer instead.

In that time talented teen Bellingham has moved from Championship side Birmingham to Dortmund and has impressed hugely in his first season at the German side, already playing 36 times in all competitions despite his tender age. 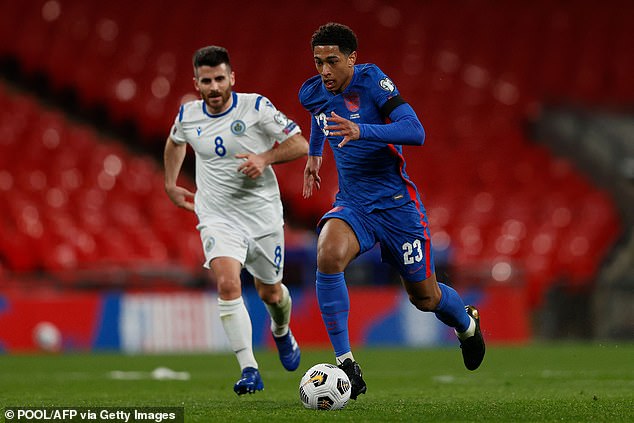 Bellingham made his international debut in November, becoming the third-youngest England men’s full international of all time, and Hargreaves backed him to supersede all the other midfield options available to Gareth Southgate and make the starting XI.

He said before Dortmund’s Champions League quarter-final against Manchester City: ‘I think Bellingham will start for Gareth at the Euros. His all-around game is so good, he plays like a grown man. He’s already a star and he’s going to be one of the best in a short time.’ 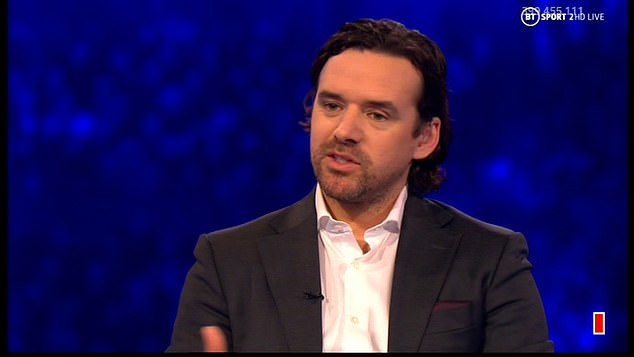 After a fine performance from Bellingham, who was unlucky not to score after a controversial refereeing incident, Hargreaves continued his effusive praise.

He continued: ‘Bellingham has got the lot, he’s special. He gives you a bit more power in the midfield.

‘Mason Mount’s going to start. If you play Declan and Bellingham just in front…Gareth has unbelievable options but Bellingham is playing in a Champions League game like this. I don’t care if he’s 17, he’s playing up to the level. 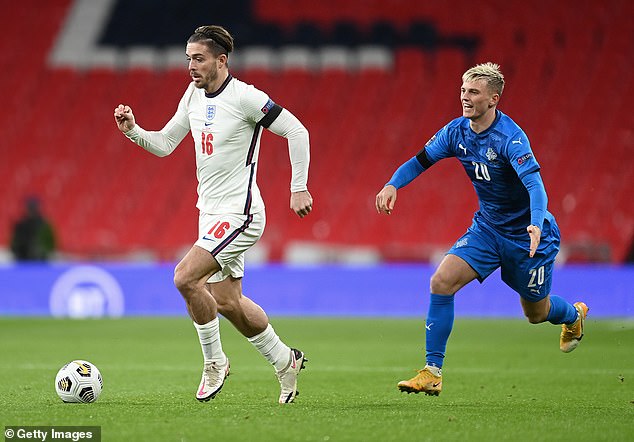 Bellingham, who usually plays in central midfield, is likely therefore to be competing with the likes of Kalvin Phillips, James Ward-Prowse and Harry Winks for potentially one slot alongside Declan Rice and Jordan Henderson in the England squad.

His side play Stuttgart on Saturday keen to make up the seven-point gap to the Champions League qualifying spots, before hosting Manchester City on Wednesday in their European quarter-final second leg, looking to overturn their 2-1 deficit.