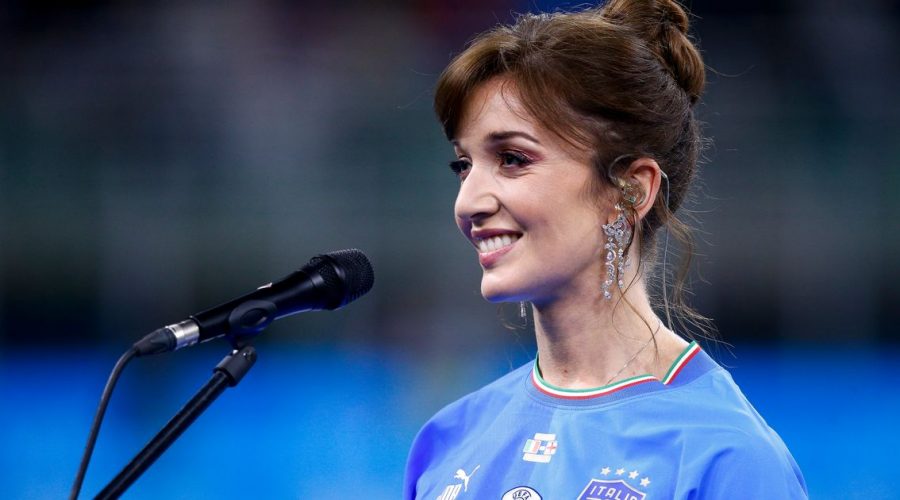 Italian opera singer Carly Pioli was labelled a 'full-kit w*****" after sporting the Azzurri's full kit during their national anthem.

Her kit reveal raised the sound levels at the San Siro and sent Italy on their way to a deserved victory over Gareth Southgate's side. Aside from Giacomo Raspadori's curling effort, there were very little chances for either side in what was a relatively subdued contest.

Unsurprisingly, it has resulted in many fans being left concerned by England, with barely two months until the start of the World Cup. However, Pioli's choice of attire remained a talking point of the contest.

As most opera singers do, Pioli’s stunning voice serenaded the approximate 78,000 fans at the San Siro. However, in what would be a rare occurrence in the world of opera singing, her choice of attire was, by some distance, the most memorable aspect of her otherwise flawless performance.

Instead of opting for the usual robe that is often synonymous with opera singing, Pioli chose to show her patriotism by wearing the full Italian kit. Complete with shorts and socks, Pioli was proud to display her love and support for the Azzurri.

And, unsurprisingly, the football world came together to talk about her outfit. “Haha full kit w*****,” one fan laughed on social media.

What other hilarious full kit wearing individuals can you remember? Let us know in the comments section below

“Unbelievable” another added who evidently did not admire Pioli’s bold look. “Must admit I was stunned when it happened,” one other supporter said after seeing the photo.

“At least there’s been a talking point!” another laughed, citing the relatively quiet opening 45 minutes of the contest. “More entertaining than this boring match,” said another England fan who has evidently not been impressed by the Three Lions.

“Class, just like their national anthem” said an evident admirer of the opera singer and the Italian anthem.