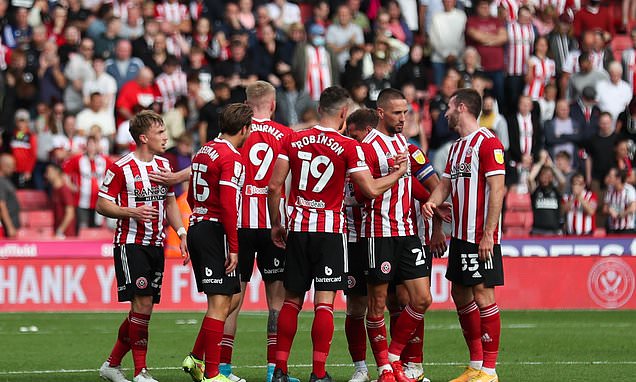 ON THE ROAD: Sheffield United shine in 6-2 thrashing of Peterborough… Slavisa Jokanovic’s side look ready to go straight back up to the Premier League despite a disappointing start

In the days of social media and click-bait websites, an endless news cycle and vacuum of opinion, overreactions are easy to come by.

The old adage of studying the league table in the early months is often ignored, and summer predictions are routinely written off before the second international break. A lot was written and said about Sheffield United in the last fortnight or so.

Five matches, zero wins, one goal. Not good enough to challenge for promotion. Another to follow in the footsteps of the large list of clubs to fall from the Premier League and plummet. 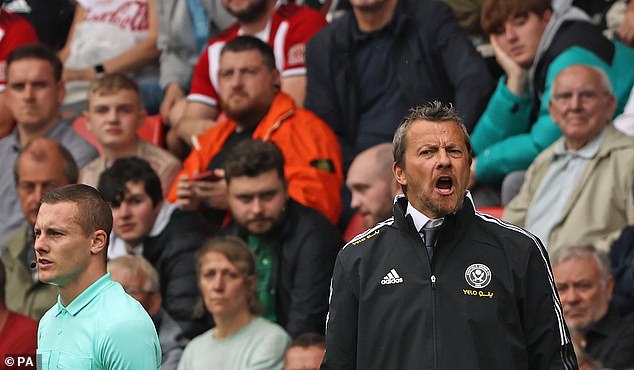 The bookies were crazy to have them as a favourite to go up. Those were some of the sweeping statements made by fans and pundits after the Blades’ slow start to the season under Slavisa Jokanovic.

So here’s a couple more measured statements. Sheffield United have a squad oven-ready to seriously challenge for an immediate Premier League return, and a tried-and-tested manager equipped to achieve that.

In dismantling Peterborough on Saturday, six goals at Bramall Lane that should have been many more, Blades look every part promotion material, despite their pre-match position in the relegation zone with just a single goal scored in the league.

It was a stellar performance populated with shining individual displays which gave the fans a day to remember. Cheerful days have been few and far between for Blades fans in the last 18 months.

Indeed, the fixture list of Peterborough and Preston looked more like trips to Prague and Porto in fans’ not-so-wildest dreams just a year or so back. As Project Restart kicked off, Chris Wilder’s men had a realistic chance of European football but missed out, instead settling for a – still very admirable – ninth-placed Premier League finish. 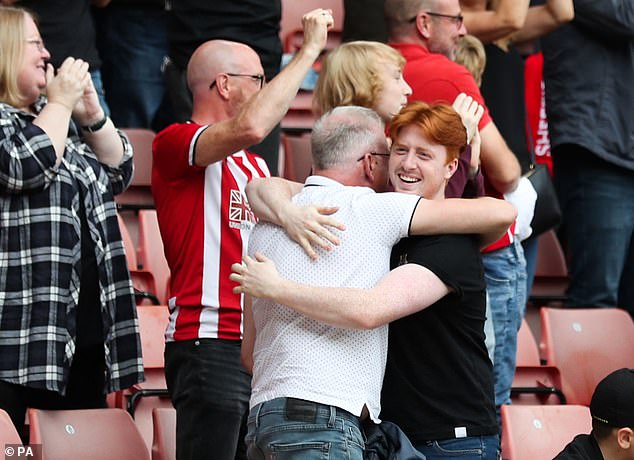 What came after was nothing short of disastrous, though. Rhian Brewster, a £23.5m summer buy, ended the campaign with a goal tally of a big, fat zero. Star defender Jack O’Connell suffered a season-ending cruciate ligament injury.

Perhaps a metaphor for their car crash of a season, forward Lys Mousset smashed his £300,000 Lamborghini into parked vehicles and was charged by police.

Wilder soon left the club and relegation – inevitable for months – was confirmed in an April loss at Wolves. The team scored just 20 League goals, a joint-record low with Derby in 2007-08.

They overachieved under Wilder. Though his exit seemed surprising and acrimonious, there is a clear footprint left behind, which Serbian boss Jokanovic will not disregard.

Wilder’s most tangible legacy is perhaps in the proud academy at Shirecliffe that has been shaken up in recent years. Its reputation is well-established, of course, just look at England’s squad at the European Championships. 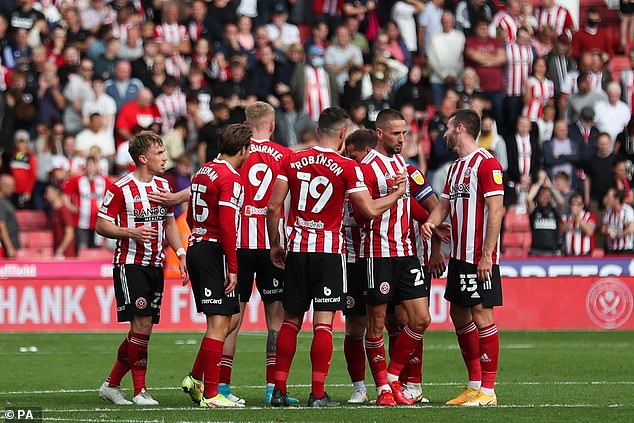 Harry Maguire, Kyle Walker, Dominic Calvert-Lewin and Aaron Ramsdale, all talents forged in the red side of the Steel City.

But Wilder decided to overhaul the syllabus of the academy to protect the club’s future, with former Nottingham Forest coach Jack Lester at the helm, charged to lead by a slogan that decorates the dressing-room wall at Bramall Lane: outrun, outfight, outplay.

It is too early to see dividends of the academy overhaul, but it is understood the club believe the cogs of the conveyor belt are turning once more, with high hopes for many, not least the 6ft5in rangy forward Daniel Jebbison.

Another is Iliman Ndiaye, the 21-year-old Frenchman who developed in the academy after being plucked from Boreham Wood as a teenager.

He scored two in Saturday’s rout with two tidy finishes on his full Championship debut. Ben Osborn, a man who has struggled for consistency since a move from Nottingham Forest, also notched a brace. 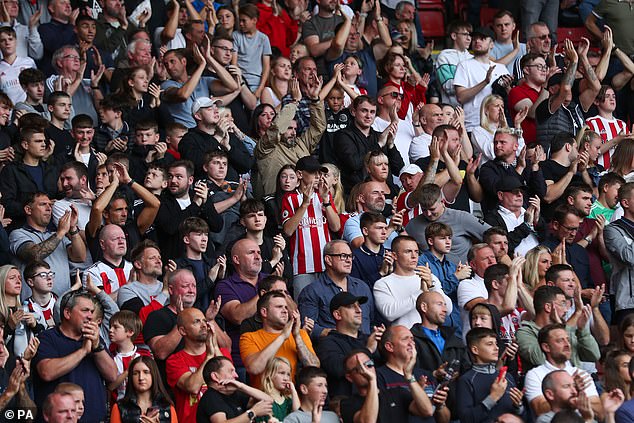 ‘I am coaching him and see lots of positive opinions about him,’ said Jokanovic on Ndiaye. ‘If I believe a guy can bring something, then I will try him. Our supporters will appreciate his style.’

A manager not afraid to throw in young talents is always refreshing. Fellow debutant Morgan Gibbs-White, on loan from Wolves, was the man of the match. He scored one but dazzled throughout, to the right of eternal leader Billy Sharp, 36, who notched three assists.

Most of all, it seems the players are starting to reciprocate Jokanovic’s belief. Why wouldn’t they? At his previous two English clubs, he’s won promotion with both – Watford and Fulham.

‘It’s completely acceptable if we play like Manchester City or if we play like Atletico Madrid,’ said Jokanovic during his recent two-year spell coaching in Qatar. ‘All the styles, attacking or defending, can bring results – but it just depends on the tools.’

At Bramall Lane, the Serb has an army of tools and based upon Saturday’s evidence, those tools could build a perfectly-balanced side to challenge for an instant return to the top-flight.

September 12, 2021 Soccer Comments Off on ON THE ROAD: Sheffield United shine in 6-2 thrashing of Peterborough
NFL News