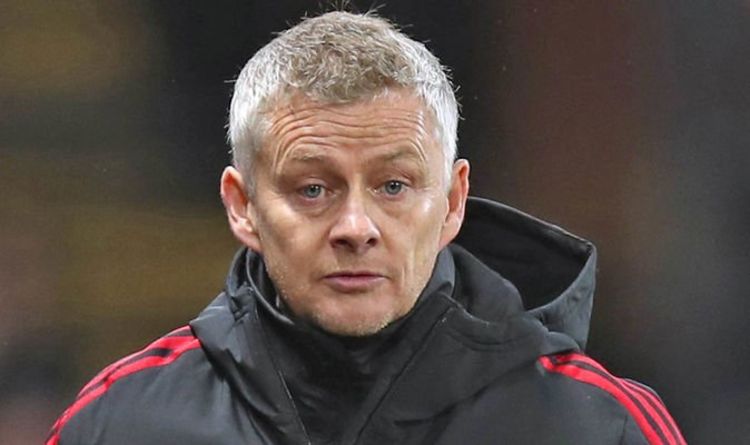 Manchester United hero Ole Gunnar Solskjaer produced a modest response when asked by staff why he didn’t ‘expose’ the terrible players who let him down, according to reports. The Norwegian was axed in November less than 24 hours after a dire 4-1 defeat to Watford. Yet while Ralf Rangnick has since taken over, the club remain in crisis.

United hired Solskjaer as a replacement for Jose Mourinho back in December 2018, initially on an interim basis before giving him the job permanently.

He guided the club to third in his first full season in charge before steering them to a second-placed Premier League finish last term.

After United made the Europa League final, the board decided to give the 48-year-old a new three-year contract and back him with the summer signings of Jadon Sancho, Raphael Varane and Cristiano Ronaldo.

However, Solskjaer oversaw a dire run before eventually being relieved of his duties in November.

He gave a farewell interview in the aftermath, shedding tears as he opened up on how ‘proud’ he was of his time at United.

According to the Daily Mail, on his final day, staff members asked Solskjaer why he didn’t ‘expose’ the players who let him down.

The Norwegian would rarely criticise his players in public, preferring instead to vent his feelings in private, in stark contrast to predecessor Mourinho.

Solskjaer is said to have merely produced a ‘rueful smile’ and ‘shrugged his shoulders’ when the matter was put to him.

Yet many of the same problems the club were suffering from under the 48-year-old remain, with Rangnick having a rocky start to his own era.

Hopes were high the 63-year-old would turn the situation at United around, especially given his fine work at RB Leipzig, Hoffenheim and Schalke in the past.

But performances have been poor and they’ve failed to beat Wolves, Newcastle and Young Boys in the short time since he took over.

To make matters even worse, many United players are fed up.

Jesse Lingard wants to leave, with the England international rarely featuring since his return from a loan spell with West Ham back in the summer.

Donny van de Beek is also eyeing a departure, even if Rangnick has promised the Netherlands international more action behind the scenes.

Anthony Martial is another player who has grown fed up with life at the club amid interest from the likes of Sevilla, Barcelona, Juventus and Newcastle.

And Dean Henderson and Edinson Cavani are also unhappy with their minutes at the club, too.

The report notes that, over in Germany, they’re surprised Rangnick even got given the job in the first place.

There was said to be a feeling that, at the age of 63, his best days of coaching were probably over.

And whether Rangnick can turn things around, especially with so many matches left to play, is something only time will tell.

Former Arsenal star Perry Groves, meanwhile, has expressed a belief Rangnick could go down as ‘one of the worst appointments in Premier League history’.

“The players, you can tell they’re not having Rangnick,” said Groves.

“You can tell they’re not convinced by him because they’re not putting in the effort they should be.”

He then added: “I think he could go down as one of the worst appointments in Premier League history.

Rangnick will oversee United’s clash with Aston Villa in the FA Cup on Monday (7.55pm).

They last won the competition in 2016, when Louis Van Gaal ruled the roost.