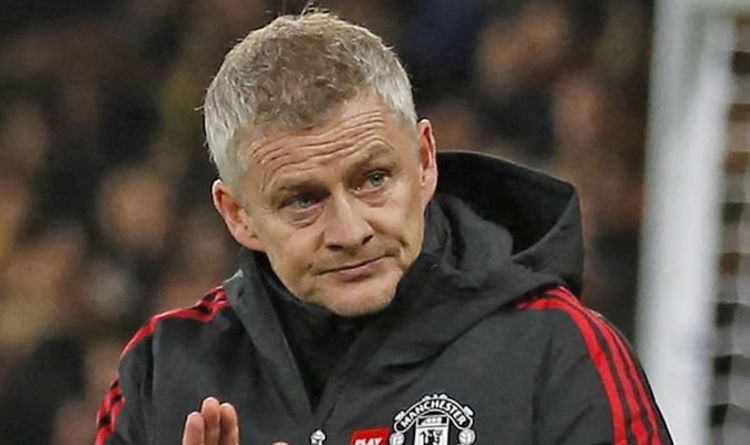 Manchester United legend Gary Neville has reacted to Ole Gunnar Solskjaer’s sacking. The Norweigan has lost his job at Old Trafford after overseeing a run of seven defeats from their last 13 matches. And the club have now said they’ll hire an interim boss to see out the season.

“Manchester United announces that Ole Gunnar Solskjaer has left his role as Manager,” it read.

“Ole will always be a legend at Manchester United and it is with regret that we have reached this difficult decision.

“While the past few weeks have been disappointing, they should not obscure all the work he has done over the past three years to rebuild the foundations for long-term success.

“Ole leaves with our sincerest thanks for his tireless efforts as Manager and our very best wishes for the future. His place in the club’s history will always be secure, not just for his story as a player, but as a great man and a Manager who gave us many great moments.

“He will forever be welcome back at Old Trafford as part of the Manchester United family.

“Michael Carrick will now take charge of the team for forthcoming games, while the club looks to appoint an interim Manager to the end of the season.”

And United legend Neville has now responded to the news on social media.

He tweeted: “Thank you Ole. You did us proud.

“The last two months were tough but before that you restored some soul into the club.”

Solskjaer has now become the fourth managerial casualty at United in the years since the departure of Sir Alex Ferguson.

David Moyes succeeded his fellow Scot in 2013 but lasted just 10 months before paying the price.

Louis van Gaal was in charge for two years but, having failed to secure Champions League qualification, lost his job in the summer of 2016.

And despite Jose Mourinho winning two trophies, he was relieved of his duties in 2018 having overseen a turbulent start to that campaign.

Speaking after United’s 4-1 defeat to Watford on Saturday, Solskjaer had insisted he was ready to carry on.

“I always have belief in myself,” he said. “But at the moment it’s a difficult time for us.

“I can trust every single one of there to give what they have, but the results are difficult.

“I believe we can turn this round. I understand the fans, who have supported the club through thick and thin, and have been great over the last few years.

“It’s a difficult period, we have had a hard time since Sir Alex left, and the fans who have been here – since I came in – have been unbelievable.

“They understood the situation, the signings this summer raised expectations, rightly so, because we brought some top players in and having been second last year we hoped to kick on.

“At the moment, we can’t seem to find our form, and it’s their right to show their opinion.”