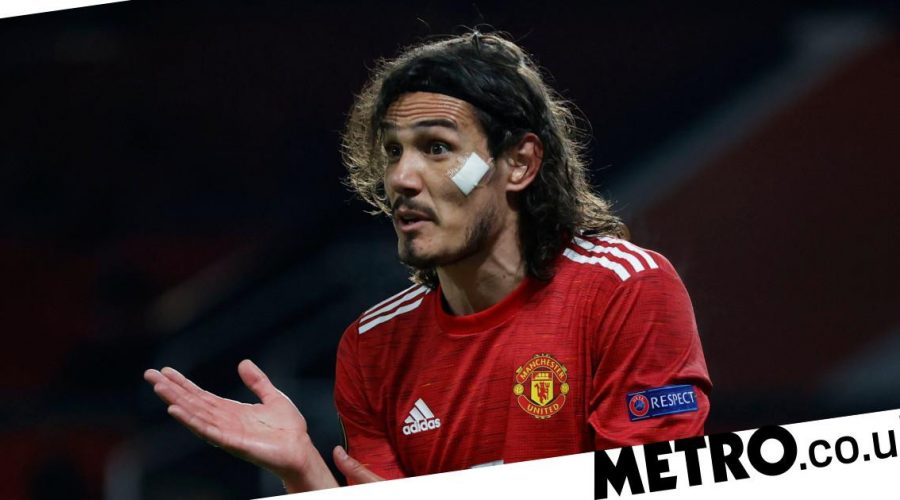 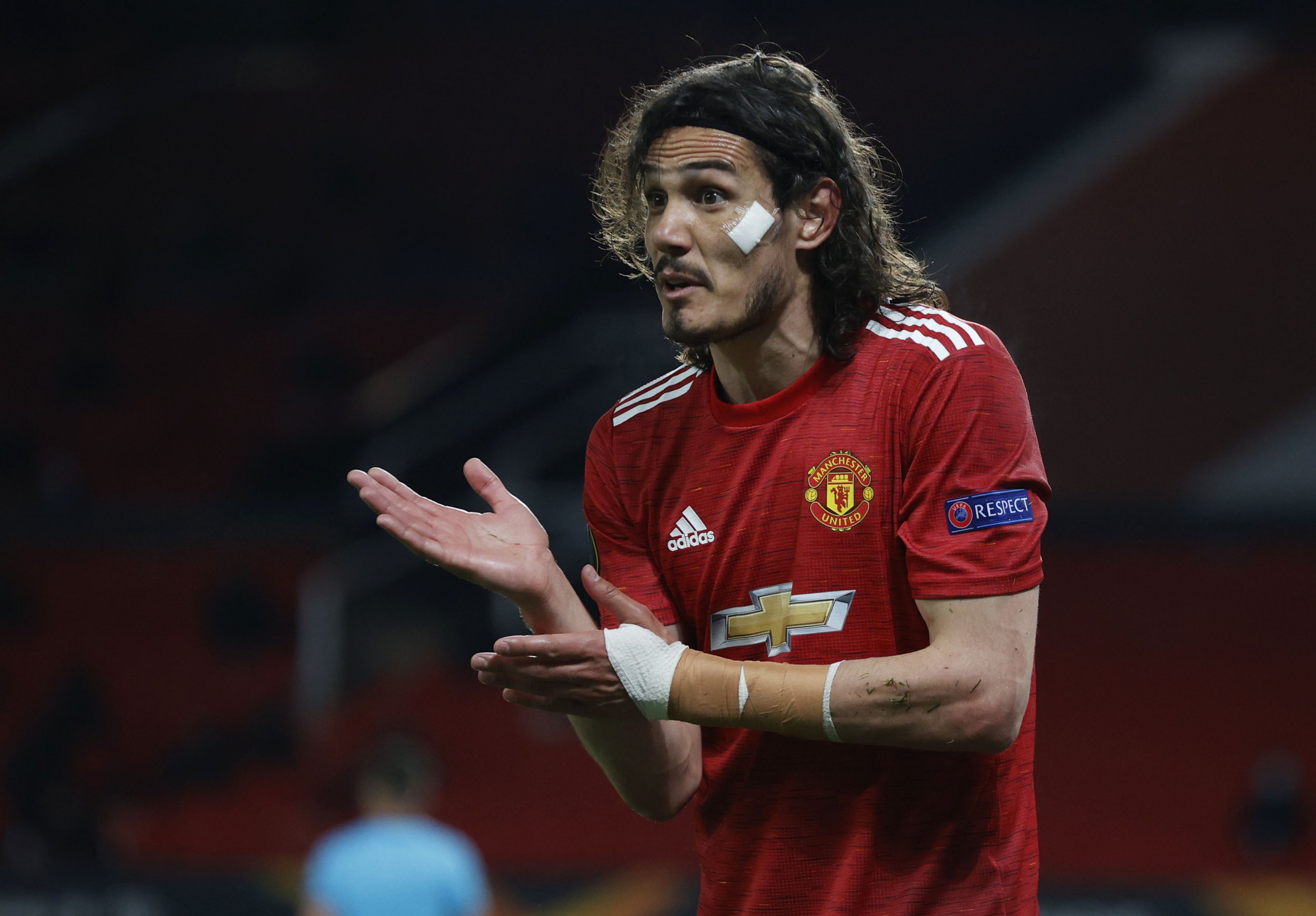 Ole Gunnar Solskjaer has urged Edinson Cavani to remain at Manchester United so he can experience scoring goals in front of supporters at Old Trafford.

The Uruguay international delivered a masterclass in attack on Thursday evening as he struck twice in United’s 6-2 victory over Roma in the first leg of their Europa League semi final.

Cavani is yet to commit to a second season at United and is considering a return to South America due to family reasons.

But Solskjaer has reiterated that he would ‘love’ for Cavani to remain at the club and believes the striker will be convinced by United once supporters return to the stadium.

‘He was out for seven months without playing football for a long, long time before he came to us,’ Solskjaer said after United’s win over Roma.

‘He’s had a couple of injuries and he’s worked hard to get back fit and has shown his qualities.

‘He knows my feelings. I’d love to have him for another year, we’ve spoken about it.

‘This year has been very difficult but I’ve promised him Old Trafford and Manchester is a different place without fans in the stadium, he must try to get that feeling onside. Manchester is a fantastic place to live, I’m doing my best. Let’s see.

‘Nights like this, hopefully we can get to the final and hopefully he can see himself being here for another year.

‘We don’t have to sell the club to him, it’s about the feeling he gets, how he feels coming in every day, the environment we’re creating, the team we’re creating that he’s part of.

‘But, as I say, he has to feel scoring those goals in the Stretford End with fans, that’s a different feeling. We’ve got the best fans and, as a goalscorer, there’s no better way to celebrate than in front of them.

‘He’s more than just a goal poacher, he’s a very good goalscorer, he’s played football now for so long and he does have a calmness and composure about him. The flick for the first goal and pass for Mason’s.

‘He’s just showing his experience and we need that this time of the season, we want the big players and experienced players to step up and he has definitely done lately.’