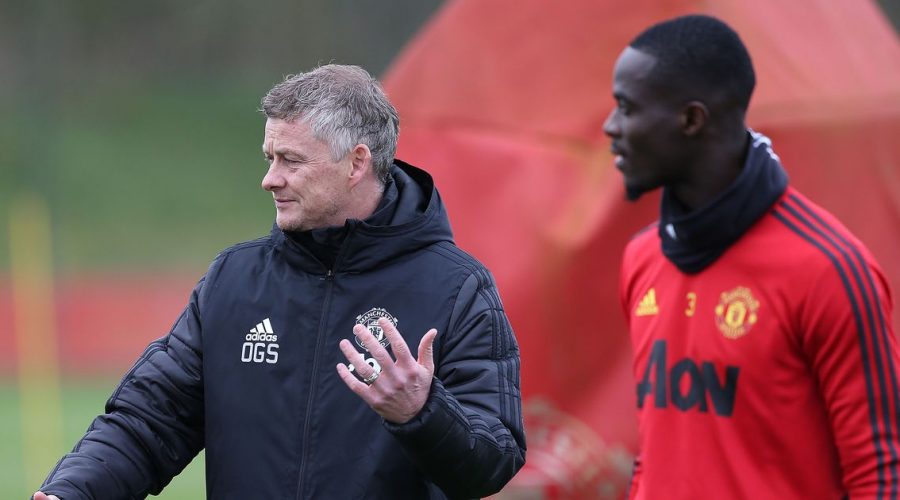 Ole Gunnar Solskjaer has provided an update on Eric Bailly's fitness as Manchester United prepare to take on Burnley.

The Ivorian was the victim of a hefty challenge from his own goalkeeper against Watford in the FA Cup.

As Dean Henderson went to punch the ball, he collided with Bailly leaving him in a heap.

The centre-back was hauled off amid fears of a serious head injury.

But after the match, Bailly insisted he was okay to allay any fears fans had.

And this week he has been in first-team training as United prepare to take on Burnley tonight as Solskjaer gives an update on his fitness.

He told United's official website : "He’s been on the grass, he didn’t do everything [yesterday].

"But he’s done some light training and luckily there was no concussion as we said.

"It was more of a real bad knock with Dean’s [Henderson] knee hitting him, so positive news.”

United have the chance to go top of the Premier League if they manage just a point against Burnley tonight.

It is a far-cry from the early outrage during the season over Solskjaer's management but he has steered the ship through a murky period.

He added: “The season for the fans is a different season compared to the players. I’ve been a player myself, I’ve been a fan myself, now I’m a manager and it’s different mindsets for all of them.

"Fans, yes you’re allowed to be excited, but I can’t remember one league table from a January that I was part of as a player.

"We just have to focus on developing the team and the way we play and the mentality, and be ready for each game."

“[Burnley] a great challenge and it’s what the Premier League is about if you want to be successful," Solskjaer continued.

"You need to be mentally ready and earn the right to play because they’re one of the better organised teams in the league.

"They’ve got some strengths that not many other teams and clubs have, so in their own way these games have a massive impact on the morale and the spirit in our team, because if you win games like this it gives you a very, very strong basis later on.”