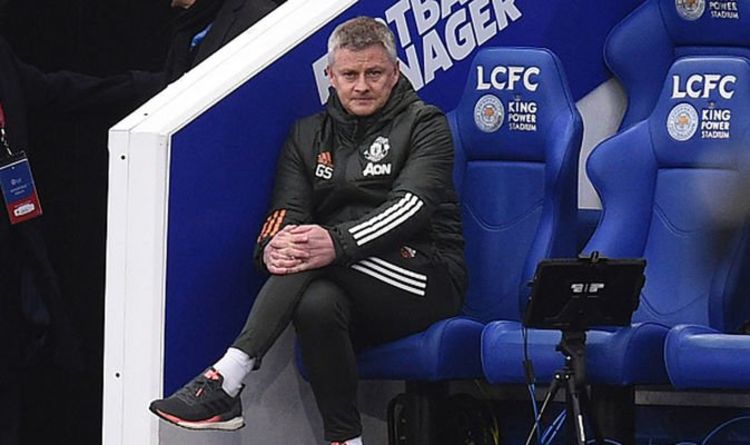 Manchester United were sent crashing out of the FA Cup at the quarter final stage by a buoyant Leicester side. A Kelechi Iheanacho double and Youri Tielemans’ fine strike cancelled out Mason Greenwood’s equaliser, and Ole Gunnar Solskjaer will know his side were comfortably second best.

Man United showed they have two gaping cracks in their side after they were beaten 2-1 by Leicester on Sunday.

The Red Devils were sent crashing out of the FA Cup at the quarter final stage after a disappointing showing at the King Power Stadium.

Kelechi Iheanacho struck first after he was gifted the ball by United midfielder Fred midway through the first half.

Ole Gunnar Solskajer rallied his troops well though, and Mason Greenwood struck back 10 minutes later in United’s first real attack of the game as Paul Pogba and Donny van de Beek helped to set the youngster up. 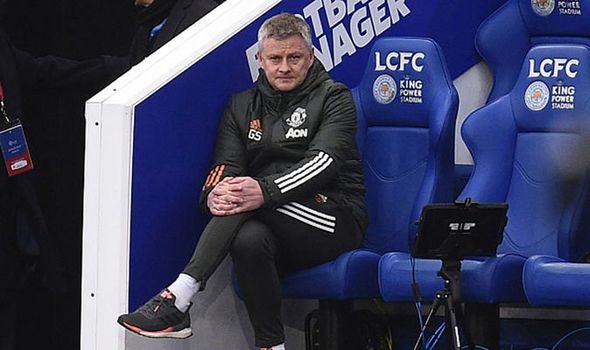 However, their efforts were short lived as Youri Tielemans put the hosts back in front not long after half-time as Nemanja Matic was pulled apart and the United defence was powerless to stop a Jamie Vardy run and a smart finish from Tielemans.

It was an altogether underwhelming showing from Solskjaer’s side in the end, as they were completely outplayed by fellow top four hopefuls Leicester to end their cup dreams. 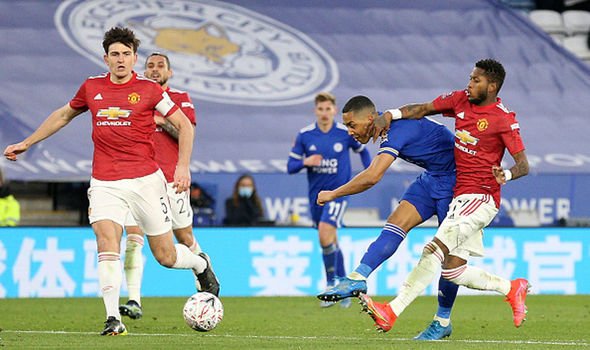 Harry Maguire was arguably just as at fault as Fred for United’s first conceded as his hospital pass put the Brazilian under immense pressure just outside his own area.

The skipper has been building a strong partnership with Victor Lindelof at the back, but they were completely shown up against their in-form opponents.

Solskjaer must target a world class centre-back to whip Maguire and co. into shape or they will see the same results when they face better opposition next season.

Meanwhile, both Fred and Matic showed why they cannot really be trusted by Solskjaer.

Having two defensive-midfielders puts a lot of pressure on the pair to guard the back line and link defence and attack.

But not only was their defending lacklustre, but they were short on vision and even the simplest of passes were going wayward.

You look at Rodri or Jorginho, who so naturally do both defending and playmaking – United have nobody of that ilk.

Those are just two important areas that Solskjaer must improve this summer if he wants to turn his side in Champions League hopefuls.