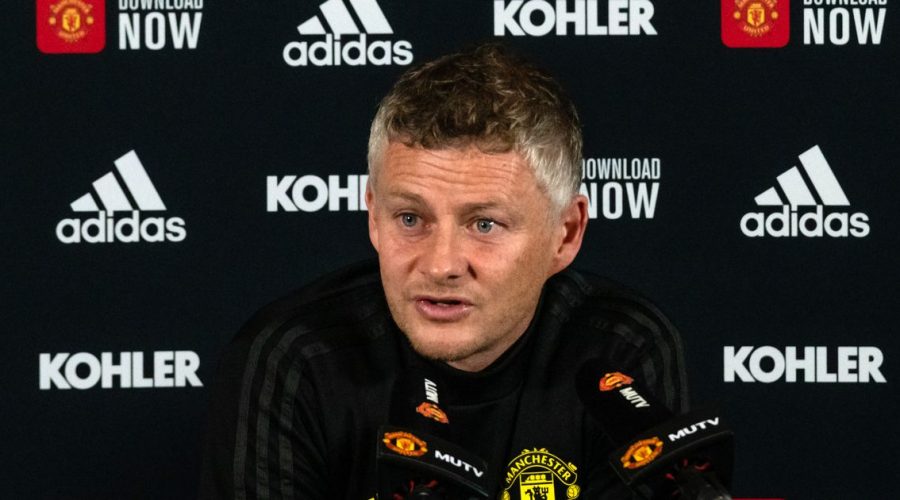 Ole Gunnar Solskjaer's Manchester United side have gone from near crisis to full-blown title contenders in a matter of weeks.

Following the defeat to Arsenal at the start of November, vultures were circling around Solskjaer, with Mauricio Pochettino reportedly waiting in the wings.

Fast forward two months and the Red Devils are in the midst of a nine-game unbeaten run and can move level with league leaders Liverpool with a win on New Year's Day.

Solskjaer has claimed his players won't look at the league table until the spring, but fans across the country are growing in confidence that they can end their eight-year, Premier League drought.

United have hinted that January could be a quiet month in terms of incoming, with executive vice-chairman Ed Woodward confirming their long-term approach will be centred around summer windows.

Old Trafford bosses are reportedly wary of the upcoming window, suggesting it could be 'fool's gold', particularly with the impact of the coronavirus pandemic being felt.

With that being said however, Solskjaer will still be looking to fine tune his squad ahead of a 2021 that could still see them win four trophies.

An area that has been touted as one to upgrade is at right-back. Aaron Wan-Bissaka has rarely let United down since his £50million switch from Crystal Palace in 2019.

However, while being sound defensively, he has struggled in offensive areas, meaning Solskjaer could look at different options in the coming weeks.

Kieran Trippier and Lucas Vazquez have both been linked, while Norwich City's Max Aarons has also been mooted as a potential target.

Reports have claimed United could be readying a £20million bid for the Canaries star, who was widely expected to leave in the summer.

Aarons, unlike Wan-Bissaka, has a penchant for going forward, registering 11 assists in the last two-and-a-half seasons, a stat that Solskjaer prioritises when evaluating full-backs.

How many signings do Man Utd need in the January window? Have your say here.

“When you play at Man United as a full back you do have to provide assists," he said in 2019, after signing Wan-Bissaka.

"That's just part and parcel of being here, so he's getting more and more of them."

However, in 66 games for United he has registered just five assists, with his goal at Newcastle in October, his only in a Red Devils shirt.

The arrival of Alex Telles has spurred on fellow left-back Luke Shaw and Solskjaer could now look to do the same on the opposite flank.

* Sign up to the Mirror Football email here for the latest news and transfer gossip.