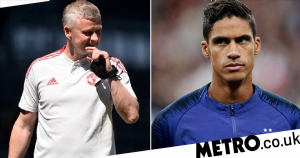 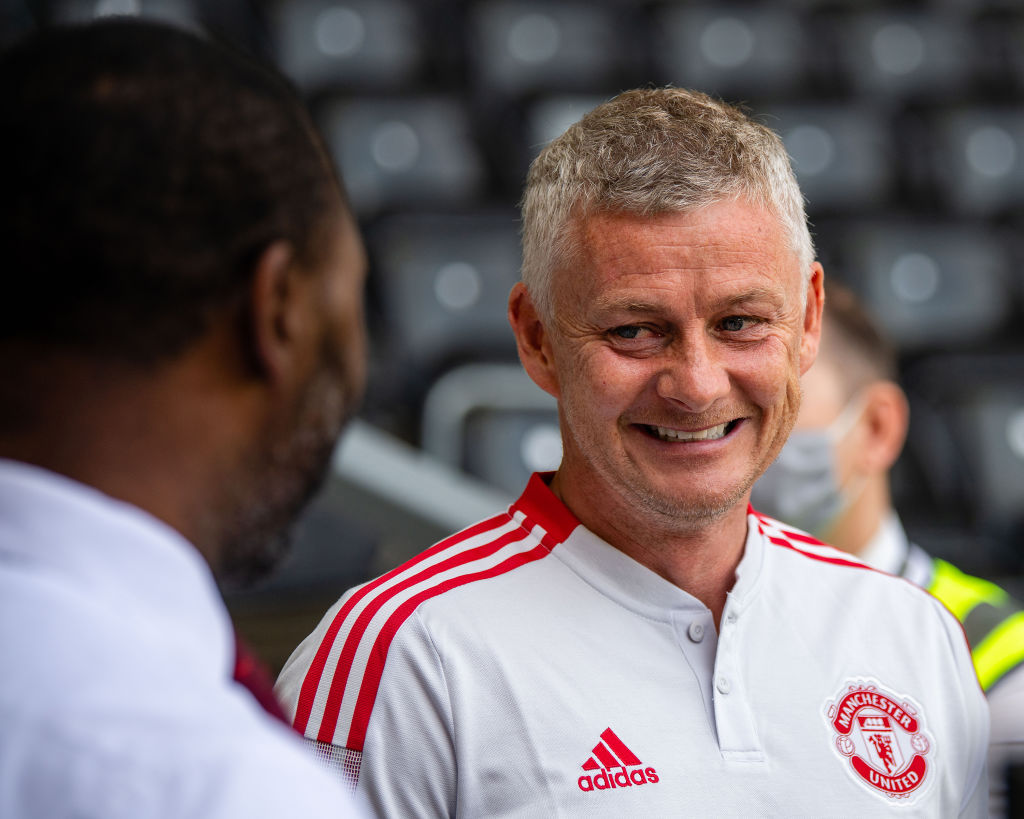 Ole Gunnar Solskjaer was in no mood to discuss the club’s move for Real Madrid superstar Raphael Varane after Manchester United’s pre-season win against Derby County.

United got their pre-season off to a winning start with a 2-1 win against Wayne Rooney’s side at Pride Park.

Solskjaer confirmed afterwards that a deal for Jadon Sancho is set to be confirmed soon, with outstanding ‘paperwork’ the only thing standing in the way.

The Norwegian was questioned about the club’s pursuit of Sancho and a reporter used that time to then ask Solskjaer ‘how close’ United were to signing Varane.

But Solskjaer was not fooled by the speed of the question and refused to discuss a deal for the Frenchman.

Solskjær: ‘I will talk about players when we sign them, not while they’re at another club.’

Reporter: ‘How close are you to signing Varane?’

The Frenchman has 12 months to run on his deal at the Bernabeu and has intimated he’s unwilling to sign an extension.

Madrid are therefore reluctantly willing to sell but they want as much as £50m for the World Cup winner, which United feel is a steep asking price.