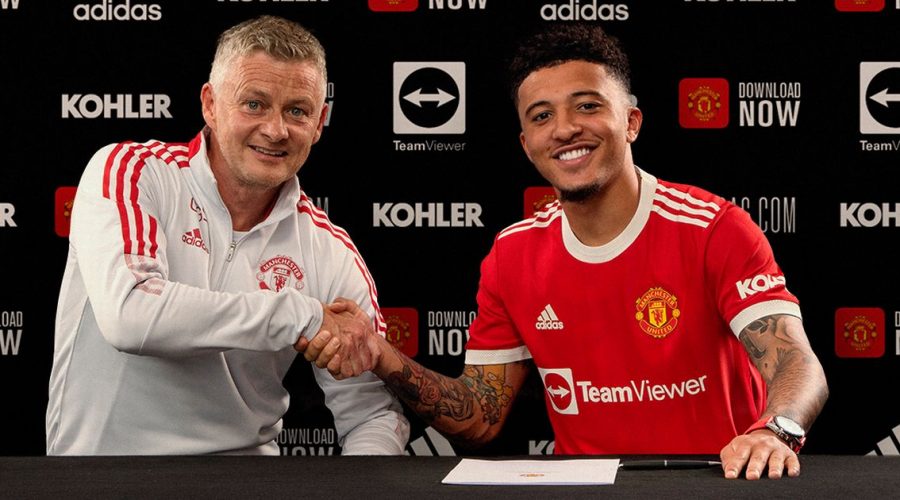 Manchester United boss Ole Gunnar Solskjaer has already displayed his excitement to be working with Jadon Sancho, who completed his move to the Red Devils from Borussia Dortmund.

Sancho ended his two-year-long transfer saga on Friday afternoon when he was officially unveiled as a United player, a couple of weeks after the two parties agreed a deal in principle.

The winger struggled for minutes at Euro 2020 under Gareth Southgate, much to the dismay of United fans who wanted to catch a glimpse of the star.

Sancho is Solskjaer's first major signing of the summer, and he already expressed his excitement to start working with the 21-year-old.

"He will form an integral part of my squad for years to come and we look forward to seeing him blossom.

"His goals and assists records speak for themselves and he will also bring tremendous pace, flair and creativity to the team.

"Old Trafford will give him the platform he needs to release his untapped talent and perform at the highest level.

Do you think Jadon Sancho will succeed at Manchester United? Let us know in the comments section

"For a player of his age, Jadon has already achieved a great deal and showed the courage to go and prove himself abroad. We all look forward to welcoming Jadon to the squad as we prepare for the new campaign."

United face Marcelo Bielsa's Leeds United on the opening day of the Premier League, and that fixture could play host to Sancho's Red Devils debut.