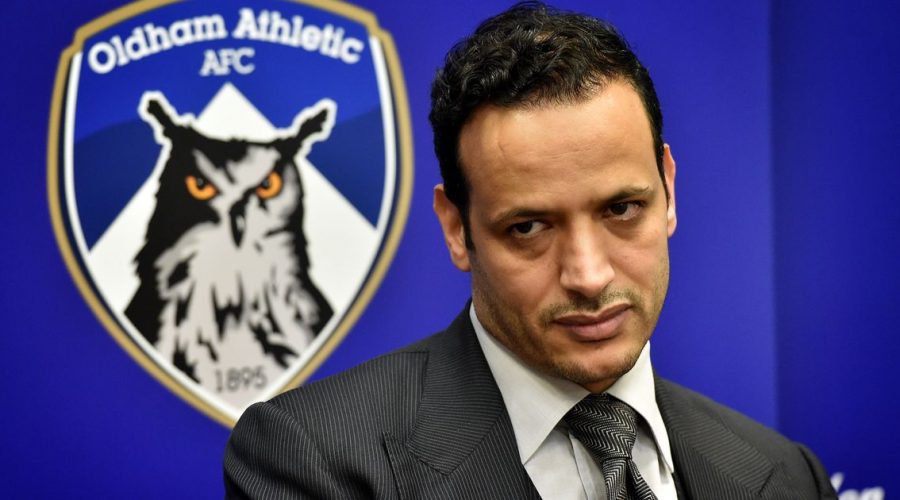 Oldham Athletic owner Abdallah Lemsagam has been sent a letter containing bullets, according to reports.

The under-fire owner – who has recently stated that he intends to sell the struggling League Two club – was sent the threatening letter accompanied with ammunition, according to local journalist Adam Millington.

Lemsagam has owned the club since 2018 but his decision-making has made him hugely unpopular with the supporters.

Having presided over their relegation from League One in his first season, the owner has been involved in a number of faux pax that's seen the fans' disdain for him grow stronger.

Supporters' protests reached a climax in September when they bought a mock coffin, symbolic of the club, as well as a fan dressed as a grim reaper.

In the summer, over 3000 fans signed a petition urging Lemsagam to sell the club to new owners – and he's resisted up until now.

Lemsagam has stated that he is in talks with buyers of the northwest side, but this has coincided with news that he and his brother, Mohamed, the club’s sporting director, have both received hand-written death threats that contained bullets.

Greater Manchester Police have been alerted and set to visit the club on Wednesday to investigate.

In a statement on Oldham’s official website on Tuesday, Lemsagam said: “Since I purchased the club four years ago I have invested money and time trying to clean the club of all of its historic issues. There were very many.

“Although that work goes on behind the scenes, it is now almost complete with only the North Stand issue to resolve.

“I have invested in the litigation process and that may need a court to rule on it to get justice for the club and recover what rightfully belongs to it.

“On the playing side, things have not gone how I wanted in the last four years, to say the least. I made mistakes and I won’t make excuses – we are where we are.

“In the short term, I am now focused on improving the squad to fight the relegation battle we are now in. In the medium term, I can see that my ownership has caused unrest within the club and the fans.

“I would ask that every section of the fan base gets behind the team, whatever you think about me it is in everyone's interests that our great club wins this battle.”

The Latics are currently under a transfer embargo and sit bottom of League Two.

If Oldham are relegated, they would make unwanted history, becoming the first former Premier League side to drop into non-league.