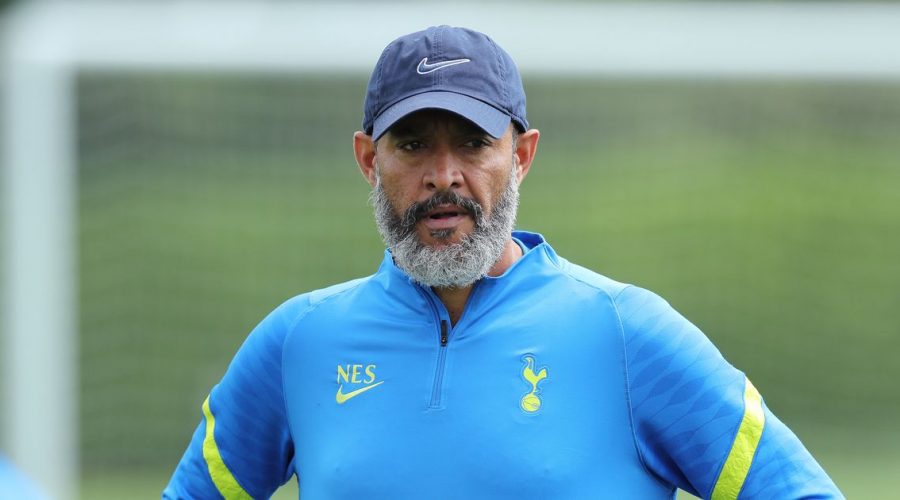 Nuno Espirito Santo is closing in on his first signings as Tottenham head coach – with a double swoop reportedly close to completion.

The Daily Express is reporting that Atalanta duo Cristiano Romero and Pierluigi Gollini are close to finalising switches to North London.

Centre-half Romero had an impressive spell loan at Atalanta from Juventus last season, with the Italian club set to exercise their purchase option.

The fee is set at around £13.8million (€16m) and Atalanta then plan to sell the 23-year-old, who was voted as the Serie A Defender of the Year last term, on to Spurs for a healthy profit.

Tottenham’s new director of football Fabio Paratici is locked in advanced negotiations to bring the Argentine to London, with doubts over the futures of defenders Toby Alderweireld and Davinson Sanchez.

Paratici was part of the deal to bring Romero to Juventus from Genoa when he was at the club back in 2019.

Romero is set to be joined by his teammate, goalkeeper Pierluigi Gollini, who has been mooted to arrive on a loan deal with an option to make the move permanent.

The 26-year-old is no stranger to the English league, having made 20 appearances for Aston Villa between 2016 and 2018. He also had a spell at Manchester United in the early days of his career.

Gollini joined Atalanta initially on loan from Villa back in 2018 before making the switch permanent after impressing.

Gollini is viewed as a potential long-term successor to Hugo Lloris, who could be allowed to leave Tottenham if the right deal comes along this summer.

The Spurs captain has been with the club for over nine years, but Gollini’s arrival could be the beginning of the end for the veteran Frenchman.

Tottenham could be heading back to Serie A for further transfer business after rubber-stamping their double deal with Atalanta, as Bologna defender Takehiro Tomiyasu remains a key target.

The Japanese star, 22, can play at centre-half or right-back and is seen as an attractive option, as Paratici draws on his wealth of knowledge of the Italian leagues following his decade-long spell in Italy.

July 20, 2021 Soccer Comments Off on Nuno Espirito Santo closes in on his first two signings as Tottenham boss
NFL News