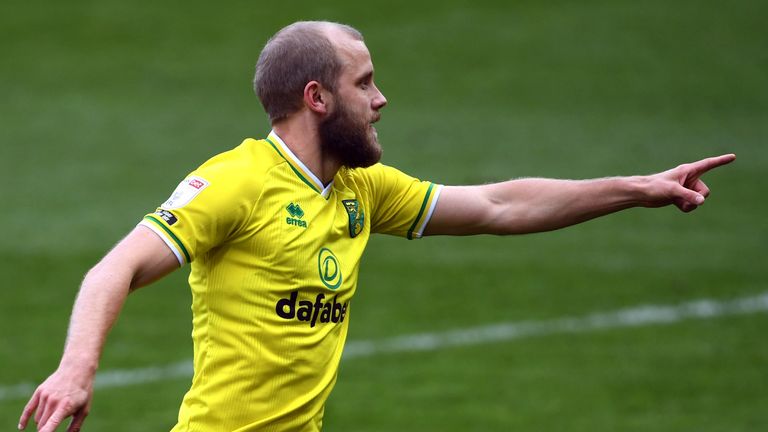 Teemu Pukki made it 20 goals for the season as Norwich beat Luton 3-0 at Carrow Road to go marching on at the top of the Championship.

The Finnish frontman scored twice in the first half to set the Canaries on course for a seventh straight win, with Todd Cantwell providing the icing on the cake after the break.

The victory restored Norwich’s 10-point advantage at the top after Watford’s win over Nottingham Forest earlier in the day and took them another big step closer to an immediate return to the Premier League.

With two wins over Norwich behind them this season, the Hatters made a bright start and nearly took a shock lead after six minutes when James Collins popped up at the back post to get on the end of a George Moncur cross. 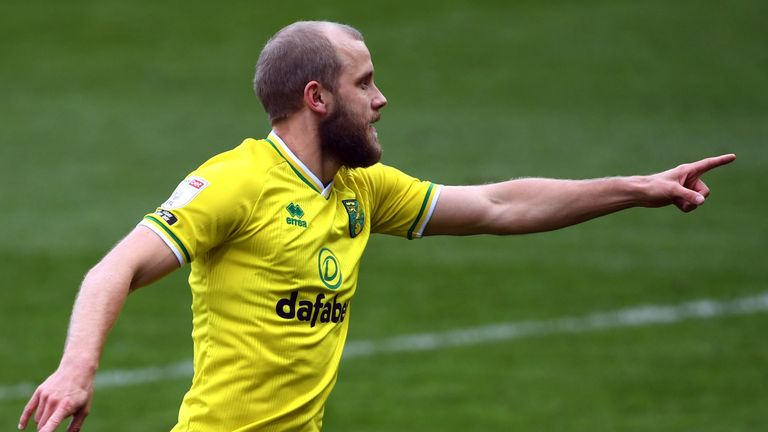 But the effort came back off the post and that was end of Luton as an attacking threat in the first half, with the leaders taking firm control.

They took the lead after 12 minutes as Pukki maintained his hot scoring streak with a superb finish.

There was still plenty to do after Cantwell had slipped the ball inside to him some 15 yards out but Pukki made it look easy as he fired the ball high into the top corner to give Norwich an early advantage.

It took an excellent reaction stop from Simon Sluga to prevent Pukki from making it 2-0 from close range on the half-hour mark after a brilliant move down the right but Norwich kept the pressure on and were rewarded with a second goal two minutes before the break.

There was a slice of luck about it, with Emi Buendia’s cross taking a big deflection off Matty Pearson to fall nicely into the path of Pukki inside the six-yard box, but it was a deserved reward for the impressive hosts.

Pukki then almost completed a first-half hat-trick, with Sluga tipping over an audacious back-heeled flick.

Norwich maintained their dominance after the interval but Luton stuck to their task, preventing any further damage going into the final quarter.

But they were unable to lay a glove on the leaders, who wrapped the points up with a third goal after 73 minutes.

It followed a swift break down the left, with Cantwell cutting inside and unleashing a low shot from the edge of the box which took a slight deflection on its way past Sluga.