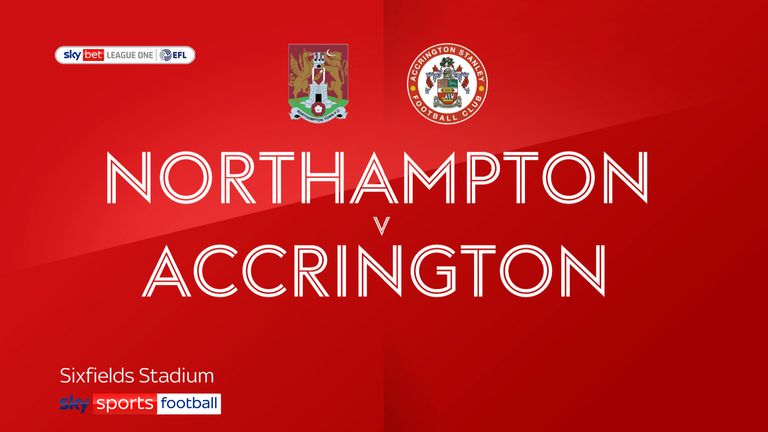 Accrington moved into the top half of Sky Bet League One with a well-deserved 1-0 victory over Northampton.

The visitors should have won by more after creating and missing a hatful of chances but Jonathan Russell’s second-minute goal was ultimately enough for Stanley’s fourth win in eight league games this season.

Accrington hit the front with just 90 seconds played when Dion Charles received possession on half way and found the run of Russell, who was afforded far too much space to charge through and find the bottom corner.

Sam Hoskins hit a post with a free-kick at the other end but Accrington were in the ascendancy throughout the first half as Russell curled another effort just wide and Charles clipped the woodwork.

Charles had two good chances to double the away side’s lead before half-time, first denied by goalkeeper Jonathan Mitchell and then heading wide at a corner.

Further chances came and went for Accrington in the second half as Joe Pritchard’s free-kick was tipped over and Cameron Burgess hit the crossbar, but one goal would prove enough.