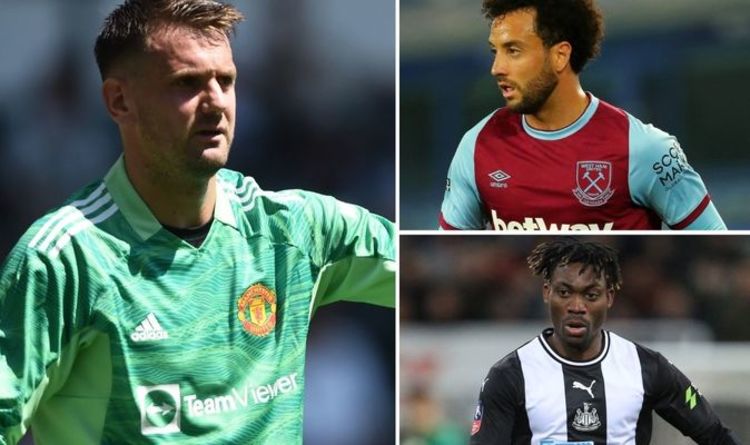 Premier League clubs have already started dipping into the transfer market, with the new campaign just weeks away. The rumblings of some sagas have already started, with Harry Kane and Jack Grealish’s futures still uncertain. However, what about the deals that might’ve just slipped you by?

Leicester City were the early runners in the transfer market this summer.

These are Express Sport’s top nine transfers that have gone under the radar so far this summer.

The former Seagulls No 1 spent the second half of last season on loan at Arsenal, but is now returning to La Liga.

The Brazilian took to the Premier League like a duck to water back in 2018, but spent last season on loan at Porto.

He left Aston Villa this summer and rejoined his former side on a free transfer.

His contract expired at the end of last season, but confirmed a shock move to Saudi Arabian side Al Raed not too long ago.

The Leeds hero rejoined his boyhood club CD Castellon in the third tier of Spanish football.

Davy Propper has left Brighton for PSV Eindhoven, returning to the club he was initially signed from.

The Dutch midfielder made 121 appearances for the Seagulls, and became synonymous with Brighton’s return to the Premier League.

Watford have signed striker Josh King on a free transfer, after he left Everton this summer.

The former Bournemouth forward lasted just half a season at Goodison Park, making just 11 appearances for the Toffees, scoring no goals.

Southampton defender Ryan Bertrand has joined Leicester on a free transfer, after his deal ran out at St Mary’s.

He signed a two-year contract with Leicester after spending an incredible seven years with the Saints.

Watford have also signed striker Ashley Fletcher, after he left Middlesbrough at the end of last season.

The former Manchester United and West Ham star scored 28 goals in 108 appearances for Boro, but will now try his luck back in the Premier League.