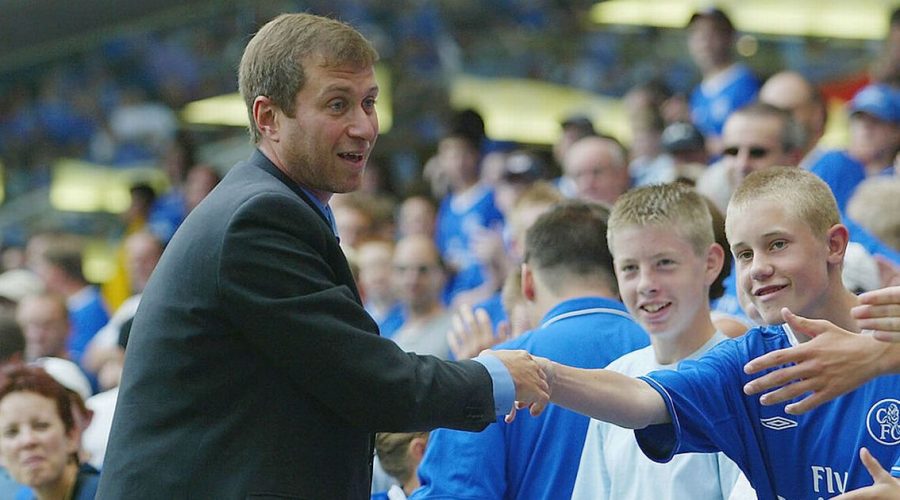 The landscape completely changed when Roman Abramovich arrived in English football in 2003.

Clubs having wealthy owners was nothing new, but this was different. Chelsea had been bought by a man with a seemingly bottomless bank-account.

'Silly season' no longer existed at Stamford Bridge. Everything – and everyone – was on the table because the Blues had the money to buy whoever they wanted.

As it turned out, Chelsea didn't buy everyone they wanted, but they gave it a bloody good go, tabling previously unfathomable bids left and right in an attempt to build a super team for the ages.

Everyone remembers their failed pursuit of Steven Gerrard – who handed in a transfer request to force a move to west London in 2005 but the Liverpool skipper wasn't the only huge name to narrowly slip through the cracks.

With that being said, here are nine massive stars who nearly joined Chelsea during Abramovich's early years.

Chelsea made a huge play for Alessandro Nesta in the summer of 2003, tabling a £35 million bid for the AC Milan star which, if accepted, would have seen him become the most expensive defender in history.

The Italian had just been crowned Serie A Defender of the Year for the fourth season in a row and was arguably the world's finest centre back at the time.

But the timing wasn't quite right. Nesta had only been at Milan a year and had just won the Champions League, so decided to stay put.

Which of these players do you think Chelsea regret missing out on the most? Let us know what you think in the comment section below…

It was the first time Chelsea's frightening financial muscle was flexed. Just a week or so after Abramovich's takeover, the club offered £71.4 million to Real Madrid for Raul.

Not only would the deal have completely shattered the world transfer record at the time (£45 million), but it was a shot across the bows of the fiscal establishment of football. There was a new rich kid in town.

Luckily for Los Blancos, Raul had no intention of leaving his hometown club and asked for the bid to be rejected.

With Raul unavailable, Chelsea went in search of another elite striker in 2003 and came seriously close to landing Christian Vieri – whose transfer to Inter Milan in 1999 broke the world transfer record.

Abramovich met personally with Inter owner Massimo Moratti to discuss a potential £20 million deal, and Vieri considered the move when he heard that Sven Goran Eriksson – who he had worked with at Lazio – was being lined up to replace Claudio Ranieri.

But Moratti eventually pulled the plug on the deal and decided to sell Vieri's strike-partner Hernan Crespo to Chelsea instead.

Chelsea initially made an approach for Edgar Davids in the summer of 2003, but came closest to signing him a year later.

The goggled-Dutchman was desperate to leave Juventus after the club rejected his demands for a substantial pay rise, and Chelsea swooped in for talks.

But newly-appointed manager Jose Mourinho decided against the move at the last minute, and Davids joined Inter Milan instead.

Chelsea had some titanic battles with Ronaldinho's Barcelona in 2005 and 2006, so it's little wonder they tried to sign him not long after.

In the summer of 2007, the Blues were looking to bounce back after surrendering their Premier League crown to Manchester United, and Abramovich wanted to make a bold statement by signing the man considered by many to be the world's best player for much of the previous four seasons.

As you'd imagine, Barca weren't keen to sell their talisman and eventually priced Chelsea out of a move. The Blues bought Florent Malouda instead. Result.

Gianluigi Buffon was Chelsea's number one target between the sticks for a while and it wasn't until the surprise emergence of Petr Cech in 2004 that their interest in the Italian cooled.

The club tabled an offer of around £40 million in 2003 to bring 25-year-old to Stamford Bridge, but Juventus flat out refused to come to the table, believing that selling the world's best goalkeeper would be foolish, no matter the price.

Chelsea missed the chance to break the world transfer record when their bid for Raul failed, but had a glorious opportunity again in 2008 when a £79 million deal for Kaka was agreed with AC Milan.

The Brazilian midfielder was initially reluctant to move, but was poised to join the Blues after being convinced by newly-appointed boss Luiz Felipe Scolari.

It would have been a major statement as Kaka had been crowned Ballon d'Or winner six months before, but the deal collapsed when Carlo Ancelotti – who would join Chelsea himself a year later – decided he wanted to keep the 26-year-old for another season.

Legendary defender Roberto Carlos nearly joined Chelsea when his 11-year stint at the Bernabeu came to an end in 2007.

Truth-be-told, the Brazilian was past his best by then, but the Blues only wanted him as a back up to Ashley Cole – who had arguably taken Carlos' place as the world's finest left-back.

The man himself admitted that he met Abramovich in Paris to discuss the move, but a few "small factors" stopped the deal from getting over the line, and the 34-year-old joined Fenerbahce instead.

In 2003, the club offered Atletico Madrid a whopping £28 million for the striker, who was just 19 at the time.

Torres had broken onto the scene a year earlier as Atletico secured promotion to La Liga, and eventually opted to stay put in the Spanish capital.