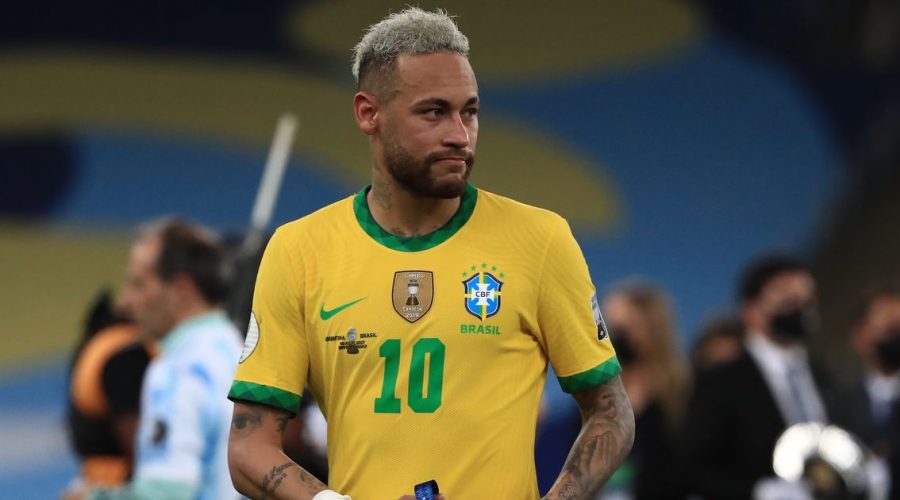 Brazil and Paris Saint-Germain forward Neymar has caused quite the stir on social media after debuting his latest hairstyle to his army of fans.

The attacker is often used to shocking fans with his audacious tricks and flicks, but has never been worried about shaking up his image every now and again.

His latest effort, which according to some reports took more than four hours to pull off, is a huge blond dreadlocked look.

This is not the first time Neymar's hair has garnered attention, last season before a Ligue 1 clash against Montpellier, the former Barcelona man dyed his locks bright pink.

The 29-year-old, who was trending on twitter for some time after the first picture of the new look was uploaded, is currently on holiday resting after he was part of a Brazil side that reached the final of the Copa America, only to lose to rivals Argentina.

His hair was done by Nanda Burguesinha, a celebrity hairstylist back in Brazil, who was reported by The Sun as saying: "I asked him what he wanted and we came up with this different look which preserves his authenticity.

The look divided opinion among online followers, with one twitter user jokingly claiming "the Copa Final broke him" in reference to the recent 1-0 defeat against the likes of Lionel Messi and Angel Di Maria.

Plenty of fans had a similar approach, taking the photo of the new look as a chance to poke fun at Neymar's expense over Brazil's recent Copa America showing.

What do you think of Neymar's new hair? Let us know in the comments section

Another claimed the new hair was Neymar's way of "dealing with the sadness after losing to Argentina", though in actual fact, after the game Neymar was gracious in defeat and spent a fair while congratulating former teammate Messi.

The victory marked Messi's first international honour with Argentina, something that has eluded him his entire career and often been used as something to criticise him with when compared to long-term Balon D'or rival Cristiano Ronaldo.

Neymar is of course not the only footballer to spend a fair amount of time, money and effort on his appearance, as one twitter user jokingly pointed out when he wrote: "This guy and [Paul] Pogba spend more time in the salon than practicing football."

However, should he keep delivering on the pitch like he has in recent seasons, few fans will care what hairstyle he opts for next.