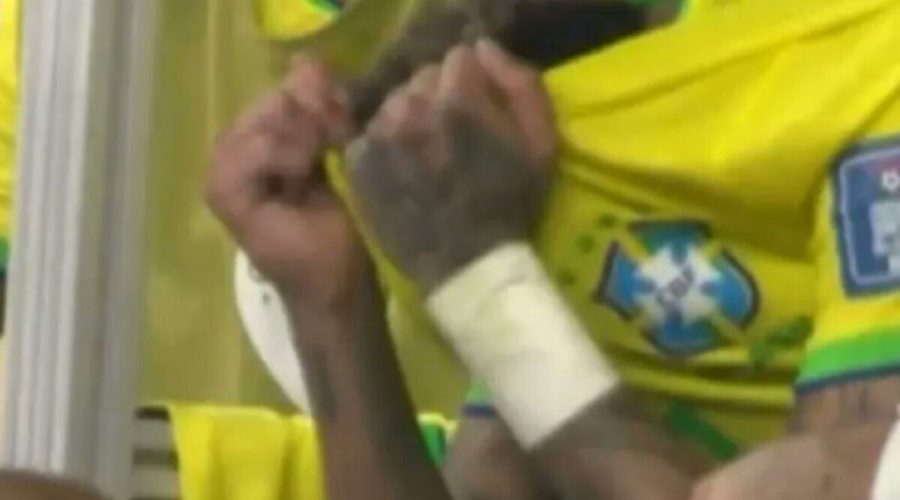 Neymar was spotted visibly upset on the Brazil bench after he was substituted off following a strong tackle during his side’s 2-0 win over Serbia to begin their World Cup campaign. The PSG star looked emotional and was consoled on the sideline, prompting worry over his availablity for the remainder of the tournament.

Neymar was wincing following the challenge in the second half, having become the most fouled player of the entire tournament, and limped off the pitch to be replaced by Manchester United star Antony in the 80th minute. He was overshadowed in Brazil’s opening game by Tottenham’s Richarlison however, having scored both goals to seal the three points.

The PSG star played his part in the opening goal, as he danced through the Serbia defence before the ball was taken off him by Vinicius Jr who shot, but his effort was palmed into the path of Richarlison who tapped home.

Richarlison then stunned the entire world when he improvised from a cross, flicked the ball up and connected with an overhead kick to send the Brazilian fans into raptures at the Lusail Stadium.