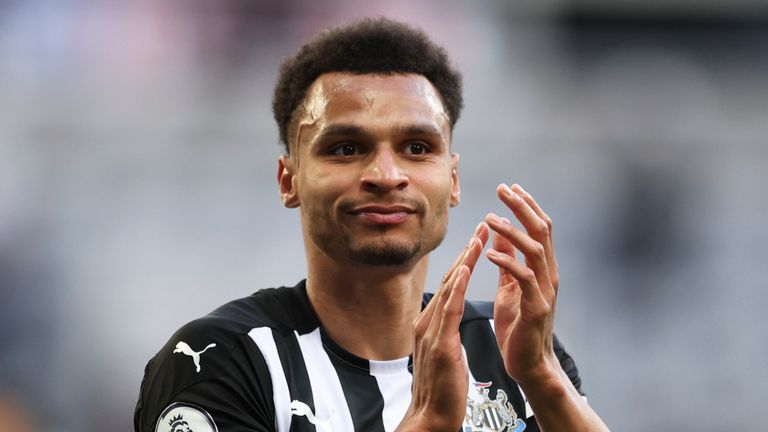 Newcastle are expected to hold further talks with Jacob Murphy over a new contract amid interest from other clubs.

Portuguese side Porto, as well as Burnley, are said to be keen on the 26-year-old, who finished the Premier League season strongly.

But the Magpies are insisting Murphy, who has only one year left on his contract on Tyneside, is not for sale and they want him to sign a new long-term deal.

The former England U21 player signed from Norwich for just over £10m in 2017 and – after loan spells at West Brom and Sheffield Wednesday – he established himself under Newcastle manager Steve Bruce last season.

Murphy made 26 Premier League appearances, scoring twice and setting up a further three goals and talks over extending his stay were opened earlier this year.

Bruce was asked about Murphy’s contract situation towards the end of last season and said: “I sincerely hope that we tie Jacob down. He’s played a big part in the season. I’ve been very, very pleased with him.”

Murphy, the twin brother of Cardiff City winger Josh Murphy, has scored four goals in 72 appearances in total for Newcastle, making more than 200 appearances at senior level since coming through Norwich’s youth academy.