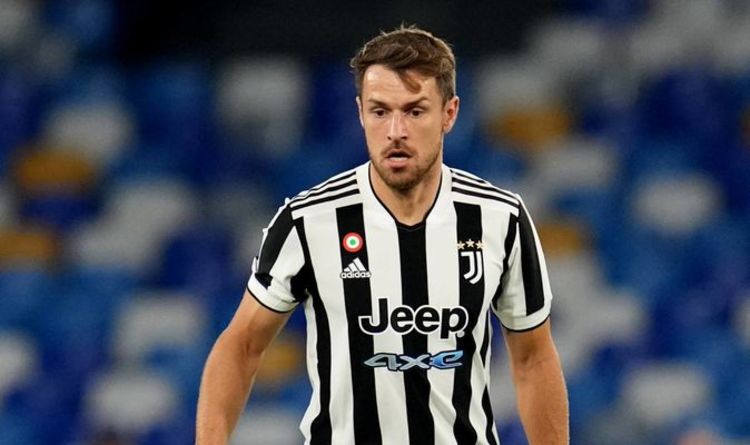 Newcastle United could sign Aaron Ramsey in the January transfer window after Juventus manager Max Allegri confirmed he will leave the club this month. The Magpies are desperate for reinforcements to strengthen their bid to avoid relegation from the Premier League and are one of the few clubs who could afford Ramsey’s wages.

Newcastle currently sit in 19th place, having won just one of their opening 19 matches in the league.

The club are on a concerted recruitment push this month, with manager Eddie Howe hoping to bring in several new players.

Kieran Trippier is poised to be the first addition of the new era at St James’ Park after Newcastle agreed to pay Atletico Madrid an initial fee of £12million for the right-back.

Defence is the priority for Newcastle, who have conceded 42 goals and kept just one clean sheet so far this season, but a midfielder is also on the cards.

Ramsey joined Juventus from Arsenal on a free transfer in the summer of 2019, but things have not gone to plan for the Welshman, who is now set to leave the club despite having 18 months left on his contract.

“Ramsey, he returned today after we had given him a few days off to work, to train separately, in England,” Allegri said on Wednesday. “In any case, he’s an outgoing player. “

When asked where Ramsey might end up, he added: “We’re working on it. There are no other changes or transfers in our plans, this is 99 per cent sure.”

The 31-year-old central midfielder has endured an unhappy time in Turin over the past two and a half years.

He has been plagued by injuries and has made 46 starts across 70 appearances, totalling just 3,039 minutes of football.

During that time he has contributed just six goals and six assists for Juve, who are now desperate to get his wages off the books this month.

Sky Sports reports that Ramsey is currently being paid £325,000 per week – and that salary could prove a stumbling block to a January transfer, even if Juventus agree to terminate his contract.

Ramsey has been linked with Newcastle, Everton and Burnley in recent weeks, with clubs seduced by his record of 65 goals and 65 assists in 371 appearances for Arsenal between 2008 and 2019.

With the backing of Saudi Arabia’s Public Investment Fund, Newcastle are aiming to go on a spending spree this month.

Reports have suggested that, as well as Trippier, Newcastle want two centre-backs, a left-back, a midfielder and a striker.