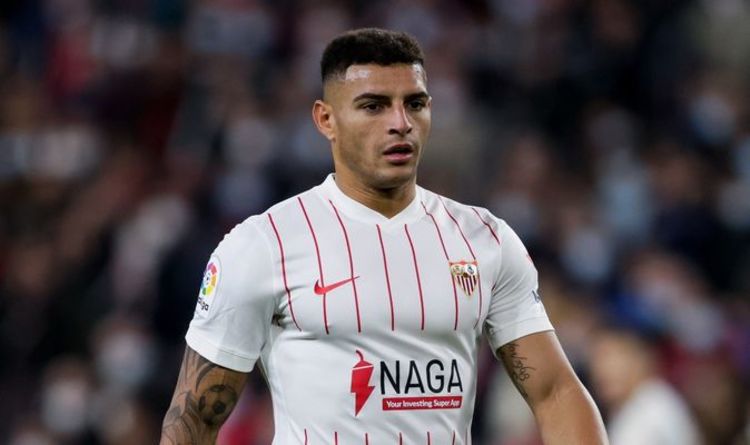 Newcastle have already failed to lure one of Europe’s most highly-rated young centre-backs in Sven Botman this month, with Lille rejecting a £30m approach.

But the Magpies have reportedly lined up six alternatives as Howe looks to strengthen his backline’s core ahead of the second half of the campaign.

The sixth name on the shortlist is Carlos, whose formidable performances have helped Sevilla launch a LaLiga title challenge this season.

JUST IN: Man Utd players set for confrontation in new problem for Rangnick

And according to Alex Crook from talkSPORT, Newcastle have now made an initial formal approach to sign the 28-year-old defender.

The Premier League strugglers have flaunted their newfound financial firepower under new ownership by submitting a £25m bid for his services.

Sevilla are unsurprisingly unwilling to let Carlos leave without resistance, though, and have turned it down.

However, Newcastle aren’t set to lie down and are planning a fresh bid this month, potentially worth up to £40m.

If the Tyneside giants were to complete a move for Carlos in a deal worth such a figure, he would become their record signing.

It would narrowly eclipse the fee paid to sign Joelinton from Hoffenheim in 2019.

Given the length of the club’s centre-back shortlist, Howe undoubtedly has a back-up plan if Carlos doesn’t arrive in England.

Newcastle are next back in action on Saturday when they take on League One side Cambridge United in the third round of the FA Cup.

And their fight to beat relegation in the Premier League continues the week after when they have a massive game against fellow strugglers Watford at St James’ Park.