They look indestructible as they gather at the back of St James’ Park for a team photograph in the summer of 1914, though in all honesty some of them could hardly believe they’d made it to the ranks of Newcastle United at all.

Outside left Tom Goodwill had worked in a colliery on the South Northumberland coalfield, full-back Dan Dunglinson for the North Eastern Railway and forward George Rivers had trained to be a schoolteacher. They made it the hard way into the Newcastle team who, on the way to three titles and five FA Cup finals in the previous decade or so, were known as the Edwardian Masters.

Five of them would be killed in an ensuing conflict which changed the club utterly and, in total, claimed the lives of 23 players who’d represented Newcastle. As a new book on the club and World War One by Paul Joannou reveals, few teams suffered such a heavy toll. 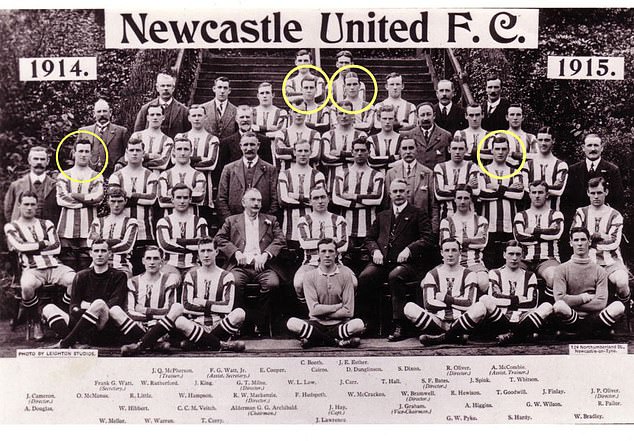 What was to befall that 1914-15 team seemed a remote prospect as the season began. Goodwill was making a name for himself, sparkling at outside left in an FA Cup tie against Chelsea which drew 49,000 people to St James’, scoring with what one paper called a ‘capital shot’ against Aston Villa.

He’d made his debut on in September 1913 and scored his first goal with a low shot against Sunderland three months later. If there was a criticism, then it was perhaps a tendency to over-elaborate on the ball, though he had pace and huge potential.

He enlisted quickly and willingly, not even waiting for the 1914-15 season to end. That’s how it was in the North East of England. Their huge working class populations in the coalfields and riversides of the Tyne and Wear rapidly swelled the ranks of the Northumberland Fusiliers and Durham Light Infantry.

Goodwill had teammates Dunglinson and Stan Hardy around him in the division known as the Newcastle Commercials. They were evidently not fearful when moved into the Somme in the Spring of 1916. Joannou reveals how Goodwill’s battalion even played football out there: three games against other battalions, all of which they won.

They survived a night of monumental shelling near the town of Albert, in France’s Ancre valley, on June 30, 1916. And then, at 7.30am the next day – a bright, sunny Saturday – they had to advance through open ground, up a gentle slope to take high ground on Thiepval Ridge. 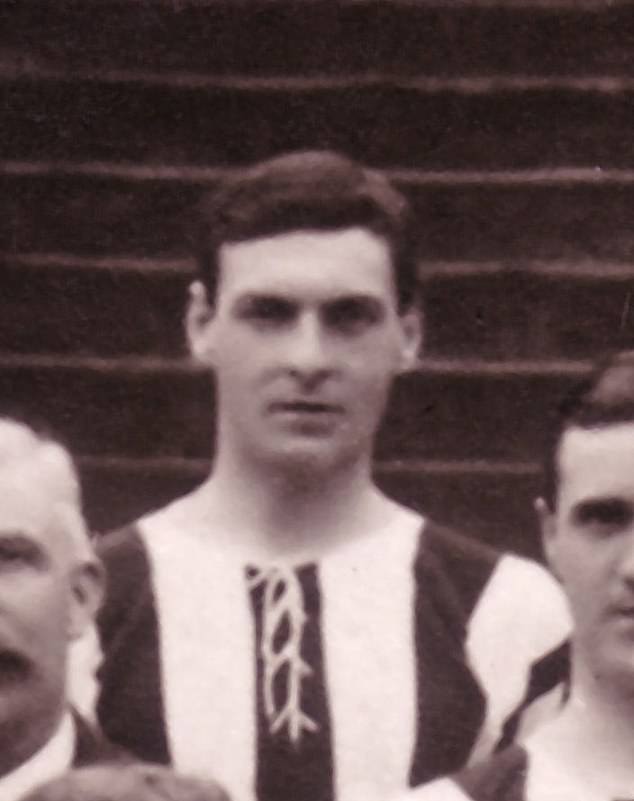 One account of the battle has the Newcastle Commercials’ Brigadier telling his men that the Germans would already have been wiped out by a barrage of advance artillery fire. ‘You will be able to get over the top with a walking stick. You will not need rifles. You will find the Germans all dead,’ he said. ‘Not even a rat will have survived.’

Several sources record that when the whistles blew to go ‘over the top’ that morning soldiers with a sporting background went into battle by kicking a football into No Man’s Land. A terrible reality awaited.

The defending Germans were very much alive. Dunglinson – a Blyth Spartans captain before Newcastle spotted him in days before the carnage – was among the first wave of Commercials to be mown down and perish. Goodwill was in a company that reinforced that attack. He perished, too. ‘It was a suicide. A massacre. You could hear the wounded shouting,’ related one officer.

By 8am, the Commercials had been slaughtered. Goodwill and Dunglinson’s faces were among dozen pictured in the Newcastle Illustrated Chronicle which carried page after page of the hundreds lost. 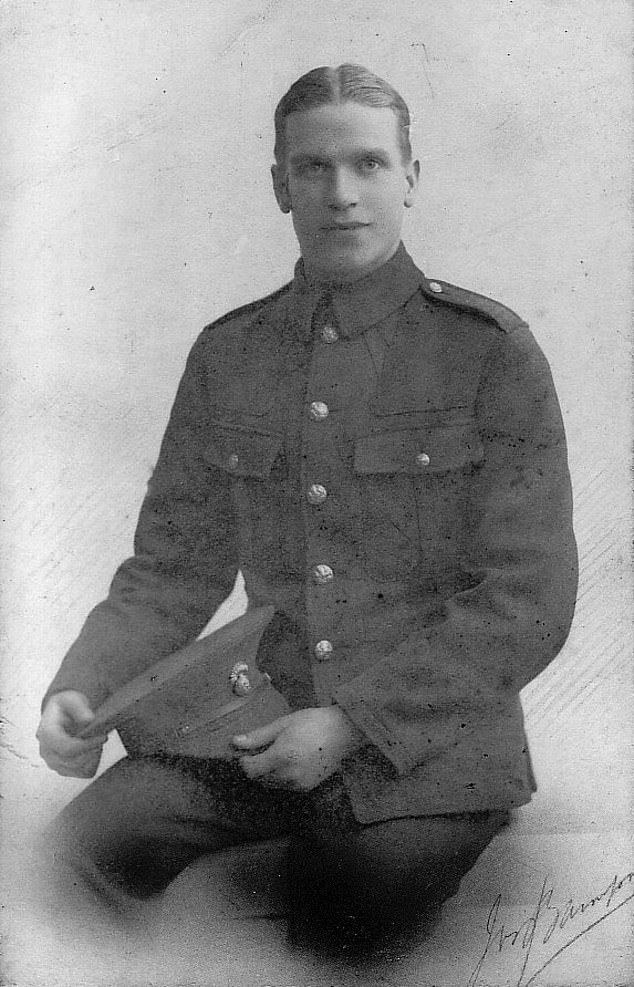 The club would grieve for many more. George Rivers, an outside left who’d arrived with a teammate from local club Birtley for a sum of £50, was killed while undertaking trench work at Englebemer, close to where Goodwill and Dunglinson had perished.

Tom Cairns, who played inside forward or centre forward and was described by the Illustrated Chronicle as ‘one of the most promising footballers in the North’, died when part of the 61st Trench Mortar Battery. Richard McGough died of wounds in an ambulance station near Arras.

It was an utterly changed side which started the first game back at St James’ Park: a 2-0 defeat to West Bromwich. Board meeting minutes reveal Newcastle option for youth as a way of starting again. ‘It wasn’t the same,’ says Joannou. ‘They rebuilt from scratch.’

It was a measure of the times that few who returned from the trenches wanted to discuss what had befallen their compatriots. They lined up for their team shot in the very same spot. There was not so much as a minute’s silence or a black armband in sight for the first home game back – a defeat to WBA in August that year.

Only in 1991 was the memorial to them recovered and restored and Joannou’s work ensured that before kick off on Saturday, an enhanced and more prominent memorial was unveiled at St James’ Park. A century on from the Armistice, they are not forgotten.

To the Glory of God: Newcastle United, by Paul Joannou. Novo Publishing, £16.99 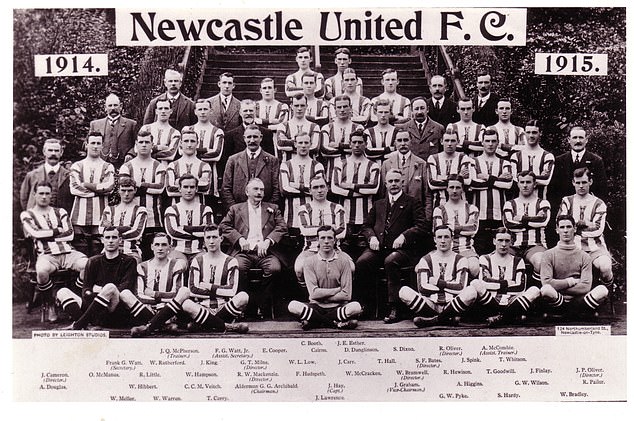 November 11, 2018 Soccer Comments Off on Newcastle lost six players of their 1914 squad to World War I
NFL News