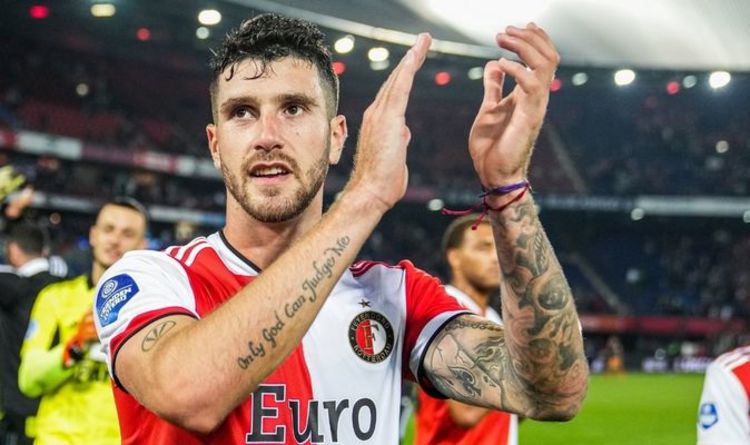 Newcastle have set their sights on a new centre-back target in the form of Feyenoord’s Marcos Senesi, according to reports. The Magpies’ pursuit of a new defender has proved challenging to say the least in the recent weeks after facing a number of notable obstacles.

Top target Sven Botman was the subject of two bids understood to be worth around £25million and £30m.

However, Lille dug their heels into the ground and refused to budge, insisting the Dutchman was not for sale.

Botman was said to be keen on joining Newcastle but for now, the move will have to wait.

Diego Carlos of Sevilla was also the subject of a £25m bid that was rejected.

Newcastle could yet return but it appears they are now lining up 24-year-old Argentinian Senesi.

According to transfer insider Peter O’Rourke, the Magpies have identified the former San Lorenzo man is a target.

Fellow Premier League outfit Brighton are also in the running.

The St James’ Park hierarchy are reportedly targeting two signings at centre-back this summer with a striker and full-back also of interest.

The club have held positive talks with Monaco defender Benoit Badiashile but the 20-year-old picked up a muscle injury in the 0-0 draw at Nantes on Sunday.

RMC Sport in France are reporting that he is set to miss six weeks of action while separate sources close to the player have indicated Badiashile will only be absent for two weeks.

Either way, Newcastle are not particularly keen on signing players with injury problems.

Eddie Howe requires immediate availability as the Magpies battle to beat the drop.

Newcastle are not giving up on Diego Carlos either and a second bid is not out of the equation.

Centre-back partner Jules Kounde hobbled off with a back injury at half-time of Sevilla’s 1-0 win over Getafe on Sunday.

Should he be set for a spell on the sidelines, Sevilla are expected to block any move Newcastle make for Carlos in another potentially damaging blow.

Burnley’s James Tarkowski has also been discussed but the Clarets do not want to strengthen their relegation rivals and will instead opt to keep the defender until the end of the season, even if that means losing him on a free transfer.