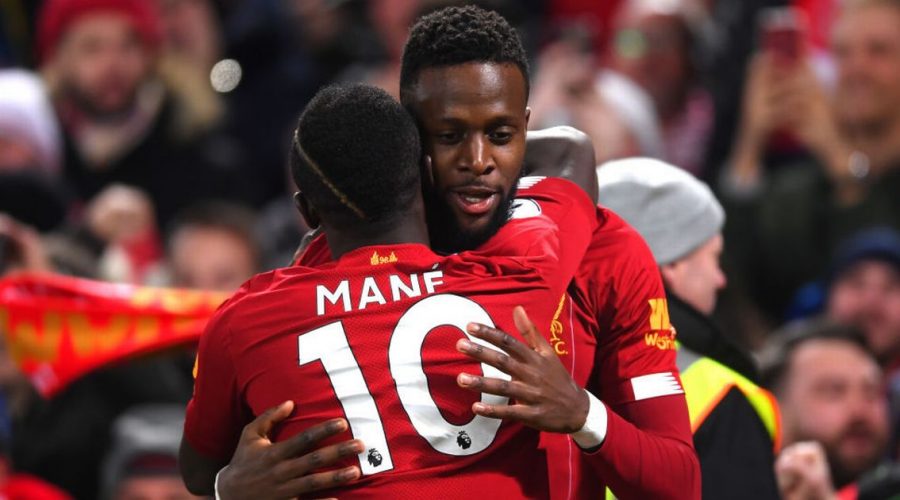 Newcastle United have been linked with a move for Liverpool star Divock Origi as the club look to steer clear of relegation.

The Saudi Arabian Public Investment Fund's £300m takeover was met with renewed hope on Tyneside but the Magpies are still yet to win a match in all competitions this season.

New manager Eddie Howe had to watch from home as his new side saw a 1-0 lead slip on Saturday with Newcastle eventually drawing 3-3 with newly-promoted Brentford.

The January window may still be over a month away but Howe knows reinforcements will be necessary if the Toon are to avoid a third relegation from the Premier League.

Newcastle have previously been linked with Fiorentina star Dusan Vlahovic and Barcelona's Phillippe Coutinho and Manchester United's Jesse Lingard have also been touted with a move to St. James' Park.

Now northeast outlet The Northern Echo are alleging Liverpool forward Divock Origi could be available for a winter transfer.

The report states that Howe has been told to prioritise proven Premier League players in January and the club are targeting those who have a contract expiry date of June 2022.

Origi would certainly fit that profile.

A regular bench-warmer at Anfield, the Belgian has scored 20 top-flight goals in the last five seasons despite deputising for Sadio Mane and Mohamed Salah.

Would Divock Origi be a good signing for Newcastle? Let us know in the comments section.

He also famously netted Liverpool's second in the Champions League final win over Tottenham in 2019.

But a move away has been on the cards for some time.

Jurgen Klopp even told the press in his AC Milan post-match press conference that he expected the 27-year-old to leave in the summer.

He said: “In ten years time when we look back, he will be a Liverpool legend

"He’s just too young right now to be seen as a Liverpool legend, so he has to play football.

“To be 100 per cent honest, I thought he would maybe leave in the summer. but the football world is a crazy place and obviously, people forgot how good he is.

“In the summer transfer window, we all thought there would become a proper offer – obviously people don’t watch football enough. Divock is a sensational striker and he did really well today.

November 23, 2021 Soccer Comments Off on Newcastle backed to sign Liverpool’s Origi after being linked with loan move
NFL News