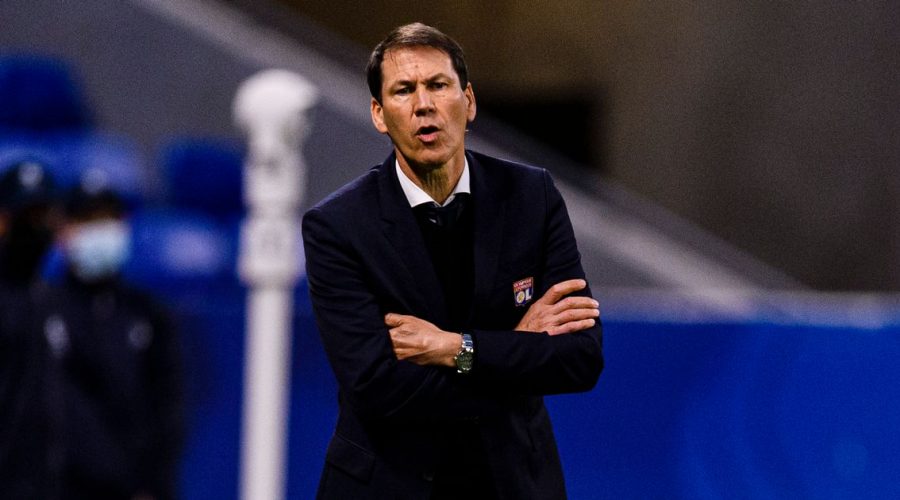 Manchester United have reportedly opened talks with Frenchman Rudi Garcia to appoint him as interim manager until the end of the season.

The Red Devils sacked Ole Gunnar Solskjaer on Sunday after a gruelling 4-1 defeat to Watford, with club legend Michael Carrick now in charge as caretaker manager.

United are understood to be planning to replace the Englishman with a short-term manager who wil lead the side until the summer, before they are able to secure a more long-term boss.

And The National are now reporting that club officials have spoken to veteran tactician Garcia ahead of United’s 2-0 Champions League victory over Villarreal.

His side endured a disappointing campaign where they finished fourth in Ligue 1 and missed out on Champions League football.

Yet the former midfielder still provides a valuable short-term alternative to other candidates, having previously been named both Serie A and Ligue 1 manager of the year.

He won the latter after leading Lille to their first silverware in 50 years while securing a league-and-cup double.

Do you think Man United should leave Carrick at the wheel 'til the end of the season? Let us know in the comments section.

Garcia is crucially able to speak English as well as French, Italian and Spanish, which he could put to good use in Man United’s dressing room.

However, he faces stiff competition from former Barcelona boss Ernesto Valverde, who is also believed to be interviewing for the position.

Another potential candidate according to reports is former Newcastle manager Steve Bruce, who spent nine years with the club as a player.