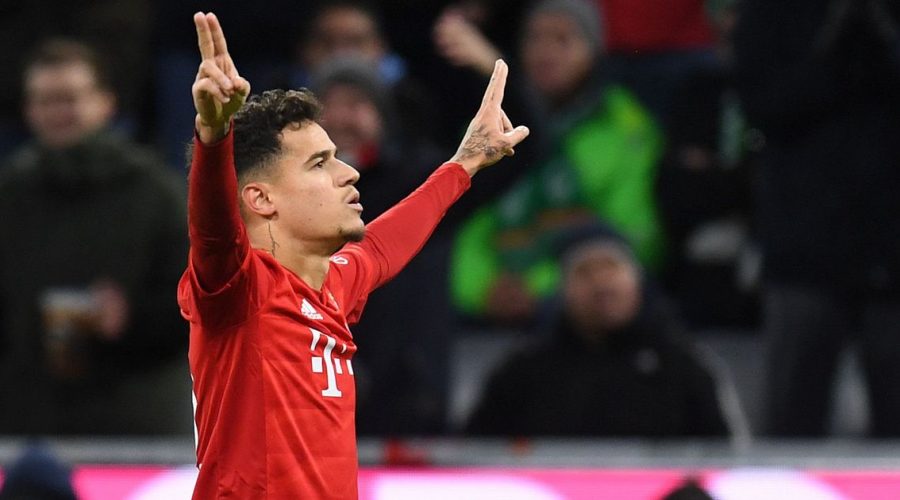 New Aston Villa star Philippe Coutinho once received a saucy invitation from a pop-singer after netting a sensational hat-trick for Bayern Munich.

The Brazilian playmaker signed for the Villans this week on a loan deal from Barcelona until the end of the season in an attempt to reignite his dwindling career.

But the 29-year-old once had the world at his feet as a superstar for German giants Bayern, especially during a 6-1 victory against Werder Bremen back in 2019.

On that occasion, Coutinho bagged himself three goals as a loanee, before being invited to have sex with pop-star Katja Krasavice, at the time 23.

Krasavice watched on at the Allianz Arena with a glass of white wine in hand as Coutinho helped dismantle Bremen.

Impressed by the midfield maestro’s football skills, she then posted a picture of her inside the stadium on Instagram with a titillating message.

She captioned it: “@phil.coutinho scored three goals, he is welcomed to show me where else he can score the goal.”

The post was removed soon after, presumably due to the Villa star being married to Aine Coutinho, who he has two children with.

Do you think Coutinho will arouse any Aston Villa fans with a hat-trick this season? Let us know in the comments section.

Krasavice, a YouTube star who launched a music career and enjoyed a few hits, also later claimed she had received messages from two footballers on her posts.

She said: “Anyone who writes to me is safe and all will be kept undercover. I am now older and understand you can't release such details.”

The seductive singer and nude model had previously sparked controversy by releasing chats between her and former Manchester City forward Mario Balotelli.

Meanwhile, Coutinho will be hoping his performances at his new club have a similar effect as he looks to get the Villa supporters' hearts racing in a different way.

Coutinho found himself largely on the side-lines for Barcelona this season, with the former Liverpool ace only netting twice across a measly 12 La Liga appearances.

His spell at Villa could be his last opportunity to impress enough at the top level to warrant a move to a big club when he is inevitably sold by the Catalans in the summer.