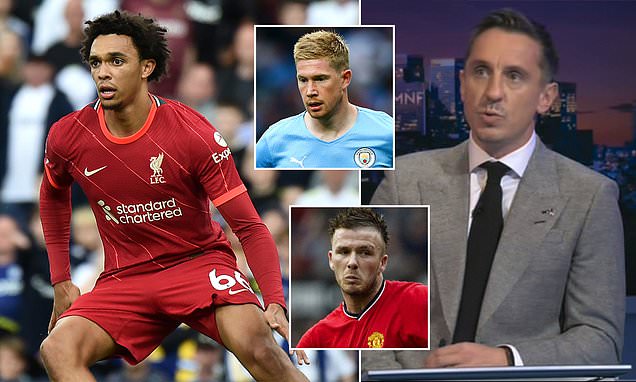 ‘He’s Beckham and De Bruyne at right-back’: Gary Neville thrilled by Trent Alexander-Arnold’s form… as Jamie Carragher says it was ‘MADNESS’ from Gareth Southgate to play him in midfield

Gary Neville was so impressed with Trent Alexander-Arnold in Liverpool’s victory at Leeds that he compared the right-back to two iconic Premier League midfielders, but insisted playing him in their position is a ‘no-go.’

The England international was at his creative best at Elland Road, bombing down the right to set up Mohamed Salah’s opening goal before swinging in the corner that caused chaos in Leeds’ box in the run-up to Fabinho’s goal.

Alexander-Arnold came in for criticism as Liverpool’s title defence crumbled and his performances dipped, but he’s roared into 2021-22 in fine form, to the point his passing is being compared to that of David Beckham and Kevin de Bruyne. 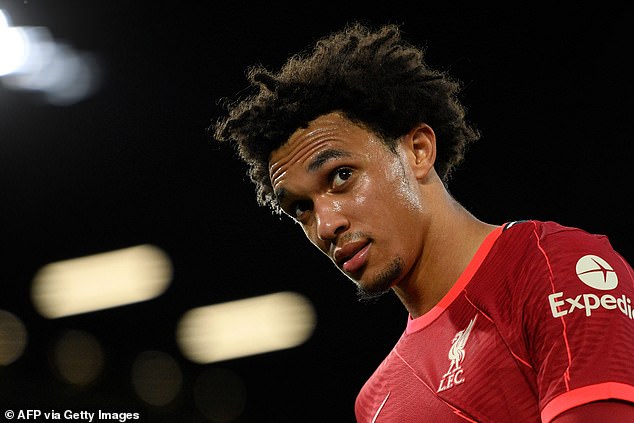 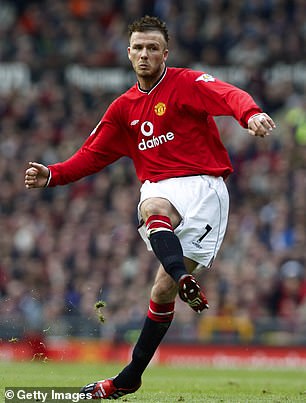 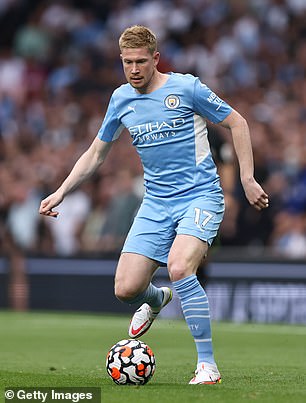 ‘He’s the best passer of a ball at right-back that I’ve ever seen,’ Neville proclaimed on Monday Night Football.

‘He’s David Beckham and Kevin De Bruyne at right-back. I loved him against Leeds. He was breathtaking.’

Alexander-Arnold has two assists already after four Premiership games this season, having only managed seven last term. He will be hoping to reach double figures this season like in 2018-19 and the title-winning 2019-20 season.

However, both Neville and Jamie Carragher believe the 22-year-old is better off racking-up his goal contributions from full-back, rather than moving up into midfield. 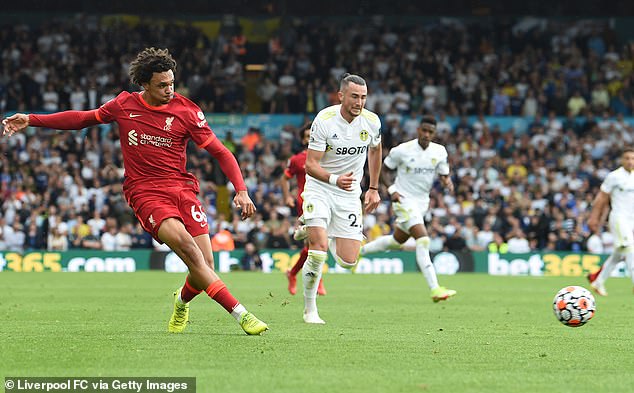 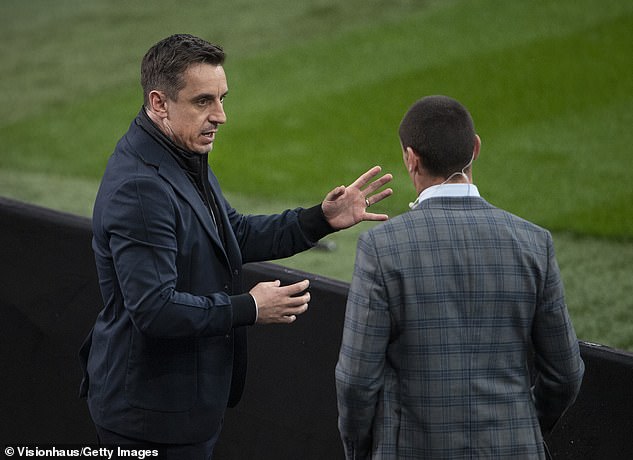 Gareth Southgate deployed Alexander-Arnold in the middle from the start of England’s 4-0 victory over Andorra alongside Anfield team-mate Jordan Henderson and Jude Bellingham.

The star’s sublime vision and pin-point passing have seen some fans and pundits questioning why he doesn’t play there more regularly. Though Alexander-Arnold revealed he struggled in the central role at both Neville and Carragher agree he should not be use there.

‘The midfield thing is a no-go for me,’ former Manchester United right-back Neville added.

‘I think Southgate had 10 players he had to get into the game against Andorra and Reece James went to right-back and he went to midfield, I think that was temporary.’

Carragher, who had stints both in the centre of defence and at full-back for Liverpool, agreed: ‘I’ve never quite got it. 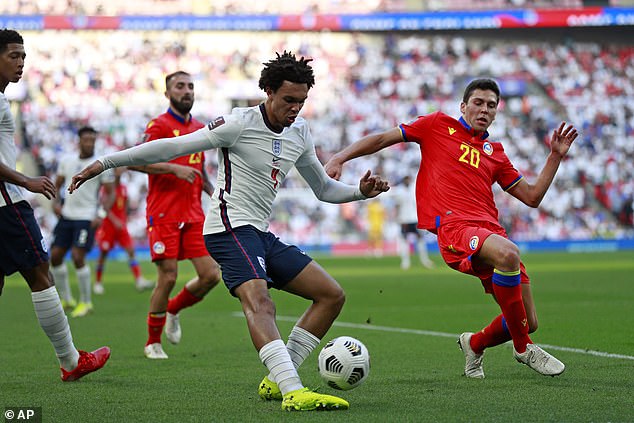 ‘When I first heart it I thought it was completely nonsense to be honest. I went from the middle to full-back under Gerard Houllier. My initial reaction was I didn’t want to play full-back but you get so much of the ball.

‘Now, the way the games going, there’s normally 6-7 players in the centre of the pitch. You just get that time to get that head up.

‘Trent is in that position and he’s creating so much, there’s no need to change it at all. Why would you, it’s madness to me.’