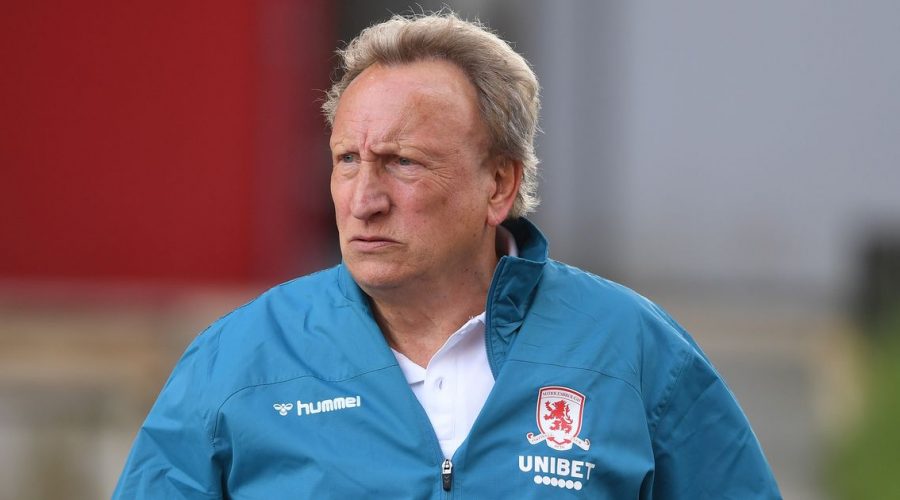 Neil Warnock contract extension at Middlesbrough is proof that youth is wasted on the young.

By the time he has seen out the extra 12 months on Teesside, English football’s unrivalled promotion specialist will be 73.

Warnock has kept all the blazers and ties from the eight clubs where has won promotion because he can’t bear to throw them out.

A record ninth promotion, and leading a fifth club into the top flight after Notts County, Sheffield United, QPR and Cardiff, wouldn’t just be an incredible feat of management.

It would give Warnock the most complete blazer, badge and tie set since Alan Partridge. He couldn’t wait to celebrate his new deal at the Riverside with a spot of lunch in the canteen at Boro’s Hurworth training ground.

“I’ve never tasted anything like the food here,” he salivated.

“It’s like having dinner at the Ritz every day.”

Warnock caught Covid-19 last September and had his first shot of vaccine last month, but he refuses to grow old gracefully.

Down on the ranch in Cornwall, his red 1962 Massey Ferguson tractor in the shed probably needs an oil change, and his wife Sharon is in charge of clearing out a lifetime’s clutter.

But for now, the blazers must stay.

“We’ve got racks of clothes in different bedrooms,” said Warnock.

“I haven’t worn most of them for 20 years – including my blazers, slacks and ties from promotion seasons going back to Notts County and Sheffield United.

“I don’t want to throw them away – even though I never got any financial support from them in the Premier League.

“At Notts County, I turned down Chelsea to stay loyal to them and they sacked me six months later. Look at them now… they are not pulling up any trees, are they?”

If Warnock leads Middlesbrough back into the penthouse he could become the oldest Premier League manager in history.

He said: “It wouldn’t say it’s a disease or a bug, but it’s obsessive by nature – and when you get to my age, you want success yesterday.

“I don’t want to die on the job, but you want to be the best and I would like to finish on a high.

“There was a period where trendy young managers came in, and the owners gave them clipboards with charts the players don’t understand when you send them on as substitutes, and now the old reliables are back.

Warnock has survived working with a cast of chairmen and owners, from Flavio Briatore at QPR to Ken Bates at Leeds, in his 1,526 games as a manager at 14 clubs, but he doesn’t regret missing out on the big jobs as an oligarch or emirate’s hired hand.

Warnock added: “It’s been costing millions every month to keep football clubs going during the pandemic. Working for Steve is the best job in football.”

“Warnock may not be everybody’s cup of tea, but a ninth promotion would make him the Earl Grey of his profession.

Boro, just outside the play-offs, are long shots this season, and next stop is Swansea today.