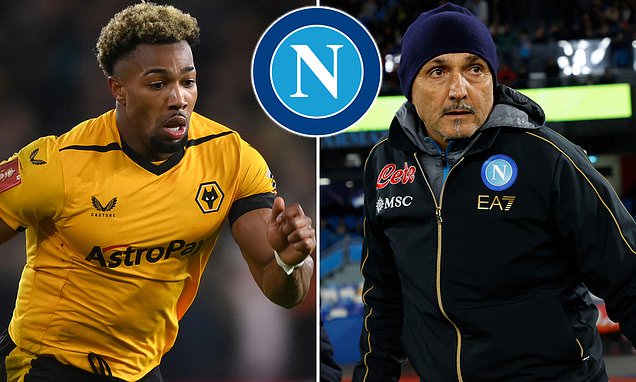 Napoli ‘have offered Wolves forward Adama Traore £50,000-a-week’- with bonuses – as the Serie A leaders step up their efforts to sign a winger but face competition with Spaniard out of contract this summer

Napoli are reportedly interested in Wolves forward Adama Traore as the Serie A leaders scour the market for a winger.

Back in November, Traore rejected an offer from Wolves to renew his contract – casting doubts over the Spanish international’s future.

And according to Gazzetta dello Sport, Napoli have offered Traore £42,000-a-week – with bonuses taking it up to around £50,000-a-week – as they step up their efforts to to bring the winger to the Diego Armando Maradona Stadium. 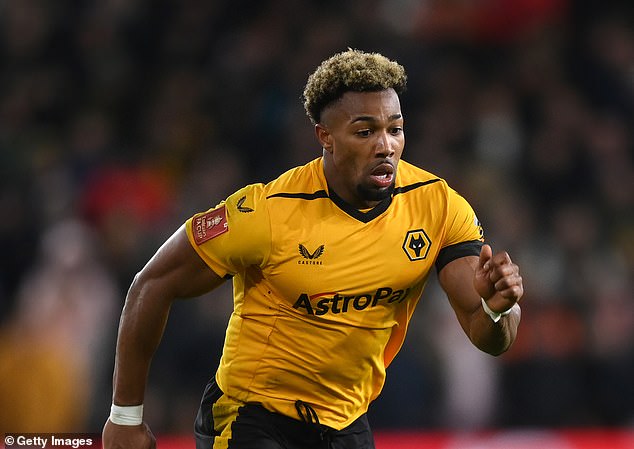 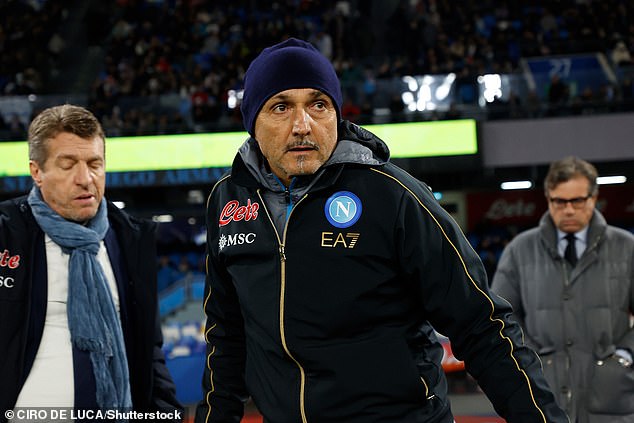 There are several clubs interested in the powerful winger, but Napoli are hopeful that they can beat off competition from financially stronger clubs and that the 26-year-old will be lured by the city, Italy and the prospect of playing in Serie A.

With Napoli winger Hirving Lozano tipped to finally leave in the summer, the league leaders could save a lot on their salary budget.

Lozano’s contract expires in 2024 and he will not renew it as the club look to sell him to make room for new signings.

Napoli are in contact with Traore’s representatives and the winger’s strength and international experience is rated highly by sporting director Cristiano Giuntoli. 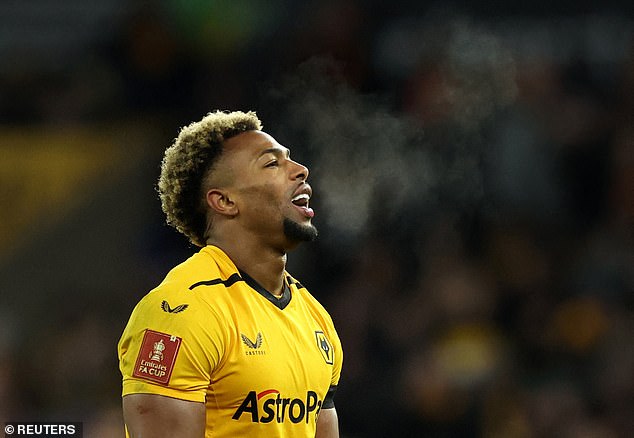 Traore can play on either flank which will please Napoli boss Luciano Spalletti who always tries to have versatile players available to use in 4-2-3-1 or 4-3-3.

According to ‘Mattino’ Napoli have chosen to reduce the team’s salaries and cap them at £65.8m – including Spalletti and his technical staff..

This is something that could hinder Napoli in their pursuit of Traore – with the winger likely able to get a higher salary at other top Premier League clubs.

The winger currently earns over £40,000-a-week at Wolves and new boss Julen Lopetegui would like him to stay but the player is looking for a new challenge elsewhere.

After Wolves’ defeat to Liverpool in the FA Cup, Lopetegui addressed speculation over Traore’s future.

‘We have talked about this, he is our player and we are happy with him. This is all,’ he said.

‘His commitment is fantastic, sure.’