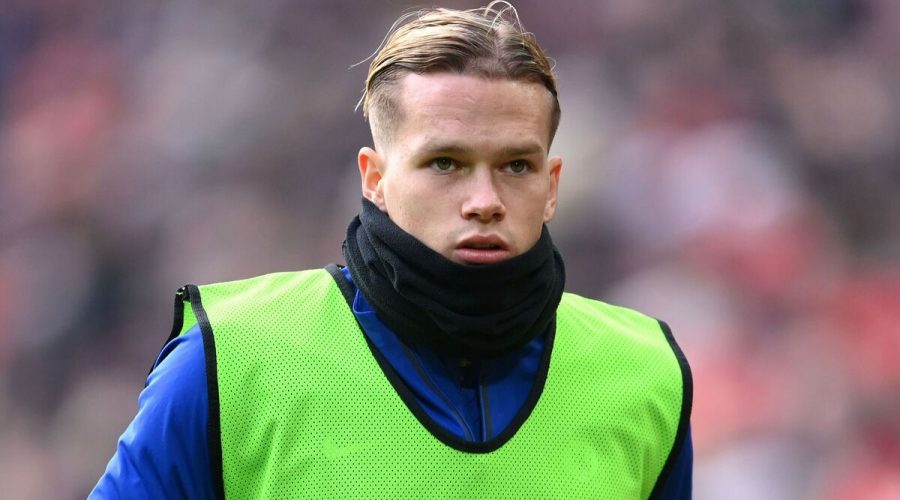 Chelsea debutant Mykhaylo Mudryk has shared a video of a chant taunting Arsenal, just days after his anticipated move to the Emirates fell through. The Ukrainian has made a strong start to life with the Blues, piquing supporters’ interest with an exciting cameo against Liverpool on Saturday.

Mudryk only began scoring regularly this season but interested parties quickly realised that Shakhtar Donetsk had hold of a serious talent. Arsenal were heavily linked to the player before eventually being pipped by Chelsea, who offered more favourable payment terms in an £88million deal.

Blues fans quickly got a taste of what the 22-year-old is all about with a 35-minute cameo in a 0-0 draw at Anfield. He hadn’t played competitively since November but his pace was an immediate threat to the Reds, and his dazzling footwork in the box almost won Chelsea the game.

With supporters eager to see what else is in Mudryk’s locker, they have already devised a chant which references co-owner Todd Boehly and taunts the Gunners, who narrowly missed out on the youngster’s signature.

After the game, Mudryk shared a video of the chant via his Instagram story, which contains the words: “He flew in from Ukraine, on Boehly’s private plane, Mudryk said to me: ‘Have Arsenal won the Champions League?’. So I told him no, you know the place to go, then he said to me, I want to lift number three.”

Arsenal are garnering a reputation as stubborn operators in the transfer market and sporting director Edu eventually plumped for a value wide option in Leandro Trossard. The former Brighton man cost a fraction of the price at £21m and manager Mikel Arteta has spoken about the benefits of being ‘disciplined’.

“I am happy with the players we have,” he said after Chelsea snapped up Mudryk. “We always try to improve the squad. We have to be consistent with the targets we want. The club is the first one that is trying, but I think as well we have to have some discipline.”

With Chelsea struggling in mid-table, manager Graham Potter will be keen to see Mudryk inject some electricity into the team and propel them towards the European spots. However, after the goalless draw with Liverpool, he urged supporters not to grow impatient.

“He’s not played since November, hasn’t had any game time, so it would’ve been a risk to play him from the start,” he told reporters.

“It was more managing his minutes at the back-end of the game. We thought it was the right time to bring him in. He was really good. He’s only been with us a couple of days and he’ll get better the more he is with us and the more we understand him and the more he understands us.

“But promising signs. He is dangerous in one-vs-one situations, in the final third he can make things happen, he’ll get supporters of their seats. Dribbling actions are really high and he knows where the goal is.”