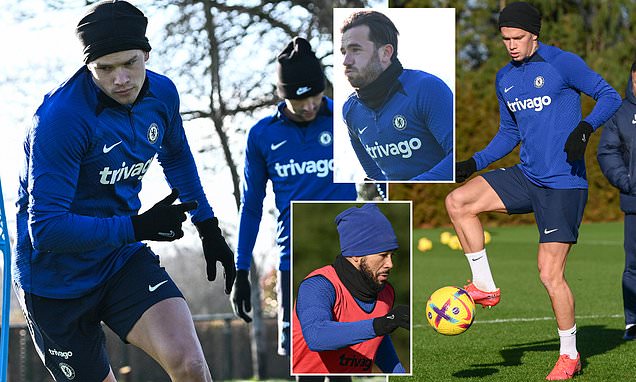 New Chelsea signing Mykhailo Mudryk trained with his team-mates for the first time, as they prepare to face Liverpool in the Premier League this weekend.

The 22-year-old winger officially completed his £88million move to Stamford Bridge from Shakhtar Donetsk on the weekend.

The Blues beat Arsenal at the 11th hour to the transfer, with their deal preferable to the Ukrainian club both in terms of the outlay and the way it was structured. 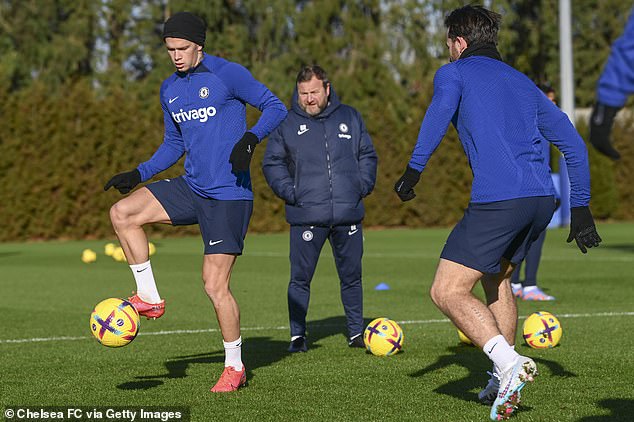 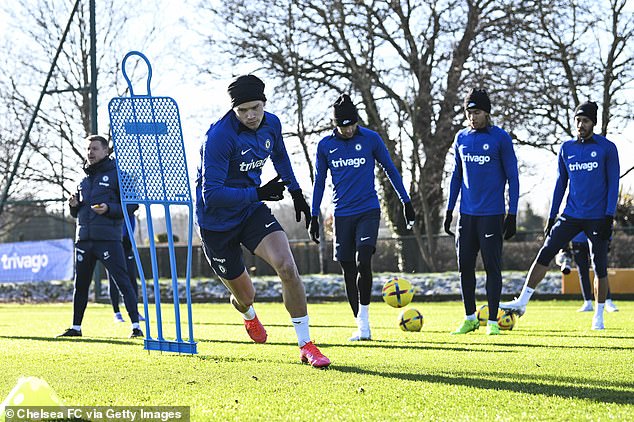 Mudryk has now linked up with Graham Potter’s squad who are keen to build on their narrow 1-0 victory over Crystal Palace last time out, as they bid improve their position in the Premier League table after a miserable start to the campaign.

In the pictures released, Mudryk appears to look very focused as he was put through his paces at Cobham for the first-time alongside his new team-mates.

Those team-mates even surprisingly included both Reece James and Ben Chilwell, who are both edging closer to returns from injury following a long period on the sidelines, which forced both full-backs to miss out on the 2022 World Cup in Qatar. 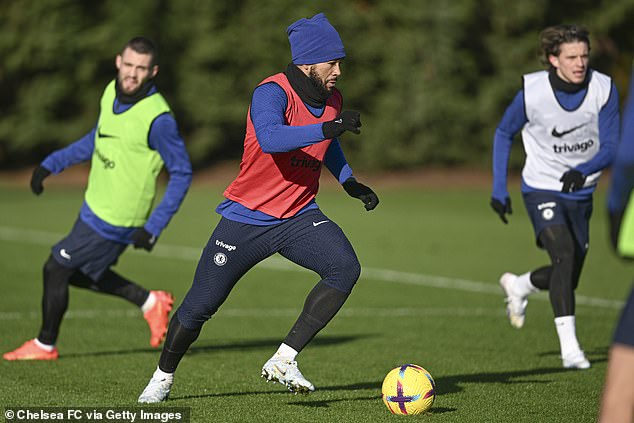 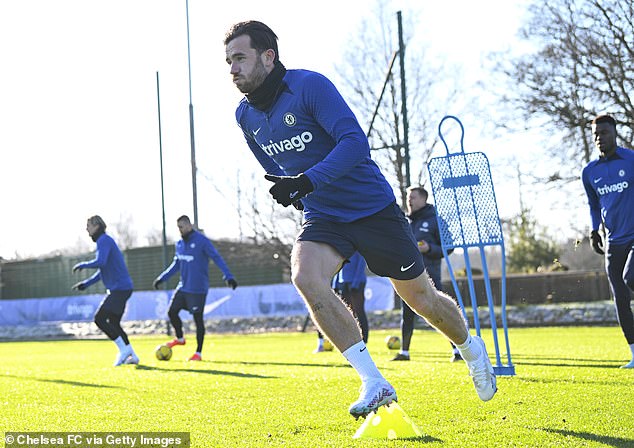 Left-back Ben Chilwell (pictured) also returned, having been sidelined since back in October

James has not featured since only lasting than an hour on his return to action against Bournemouth in December after being sidelined for 10 weeks with a knee injury – before then being sidelined once again.

Chilwell was also captured in the training pictures, returning for the first time since limping off in a Champions League clash against Dinamo Zagreb back in October.

Boss Potter will be hoping that he could have all three at his disposal very soon, along with his other new January signings.

Mudryk could even be handed a chance on Saturday, should he prove to slot in during training this week. 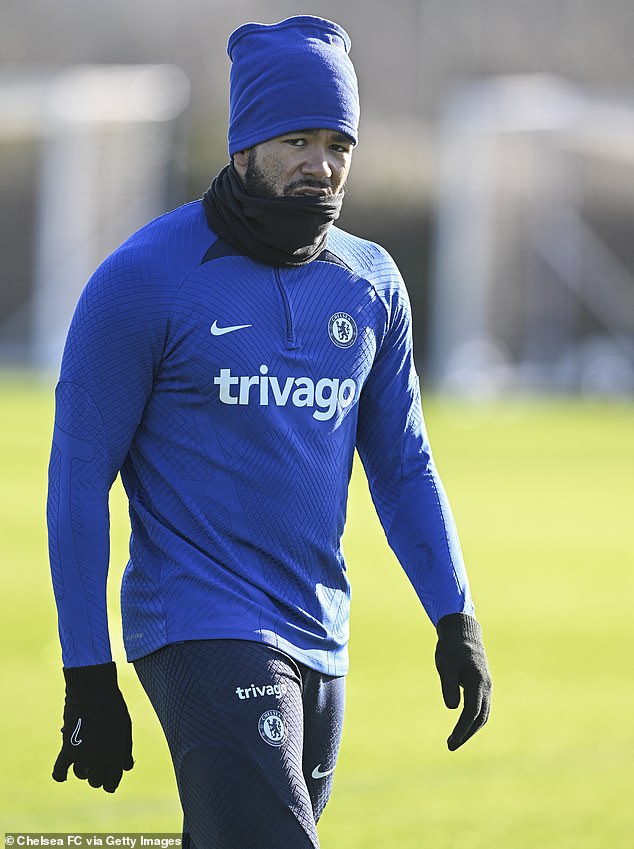 James did return in December to face Bournemouth, but lasted less than an hour on his return

It is also the first time that Potter has had a full week on the training ground with his Blues squad since taking over in September.

‘Time is valuable for us, and we will use it as best we can. We walked into the washing machine in terms of games, with the condensed schedule before a World Cup, it was a unique situation,’ the boss told Chelsea’s club media.

‘As we went along key players kept dropping away and it was a struggle for stability and the confidence stability brings. You learn a lot from that, even though it’s not nice.

‘I understand the timescales people work to are very short these days, but in the end, we will just keep working and keep trying to improve.’

January 18, 2023 Soccer Comments Off on Mykhailo Mudryk trains with his Chelsea for the first time
NFL News