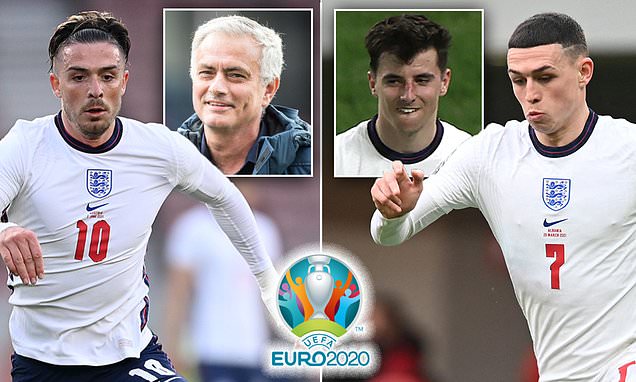 Jose Mourinho names HIS England team to face Croatia and tells Gareth Southgate to bin five at the back and unleash Mason Mount, Phil Foden AND ‘Figo-like’ Jack Grealish together to win Euro 2020

Jose Mourinho has gone against his pragmatic instincts and urged Gareth Southgate to scrap a back-five and unleash his attacking stars against Croatia in England’s opening Euro 2020 game.

The former Tottenham boss believes Southgate’s men should aim to dominate possession and try to take control of the game against Croatia as he talked up England’s squad of players by saying they have ‘everything’.

Southgate is particularly blessed with a number of options in attacking midfield but Mourinho thinks he should start Phil Foden, Mason Mount and Jack Grealish – who he described as Luis Figo-esque – together against Croatia on Sunday as he named his starting XI. 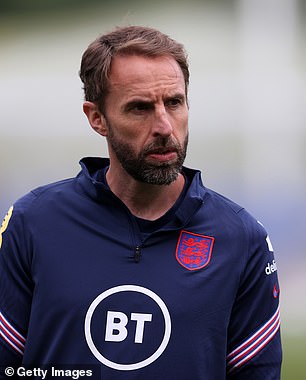 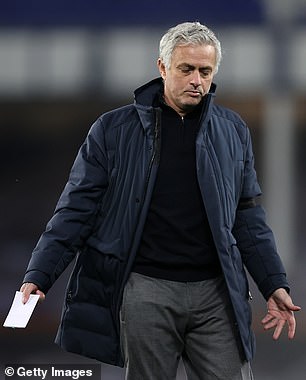 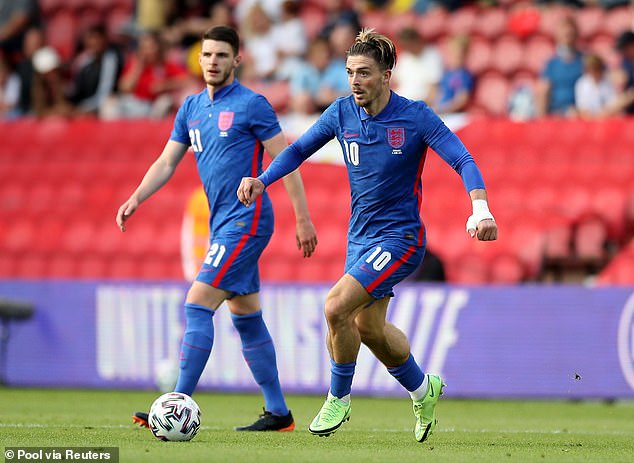 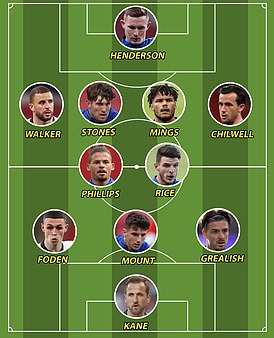 The Portuguese manager has built a career on grinding out results and playing a defensive brand of football but has told Southgate not to be scared to go on the attack and play with a back four.

Speaking on talkSPORT this morning, Mourinho said: ‘I think to be offensive you have to be in control of matches. How can you be offensive if you don’t have the ball?

‘I am not saying [Jordan] Henderson, [Declan] Rice and Kalvin Phillips but I believe that is important to be in control. Dominant is to be in control. When you have a good midfield like England have with the attack they have, England has everything. Gareth has tried many times with 5 at the back and if he wants to go with that I don’t have a problem with that.

‘I can in this perspective, I hope people don’t say “ah come on Jose”, Gareth was never here with you guys saying Tottenham should play like this but I hope he knows that I am with them, just to have some fun.’

He then went on to name the team he would select if he was England’s manager. ‘I would go with [Dean] Henderson in goal,’ Mourinho added.

‘Centre backs without [Harry] Maguire I would go with [John] Stones and [Tyrone] Mings, [Connor] Coady is clearly a three defenders defender, the kid from Brighton (Ben White) is a very good player but he has just arrived. I think Mings’ leadership qualities, aggressive guy and Stones is quick.

‘Right back you can throw the coin but I would say Kyle [Walker] because you need a little bit of pace, [Reece] James has it, but experience. An older guy, he closes the space inside a bit better. Left back I would go with Chilwell, I wouldn’t think twice.

‘I know he plays in a five but he closes the space well and he can attack, set pieces. Luke Shaw I think had a good season, clearly an evolution in terms of emotion, professionalism, but I think Chilwell has something more, especially with the ball, the way he thinks, calm under pressure. I like Chilwell. 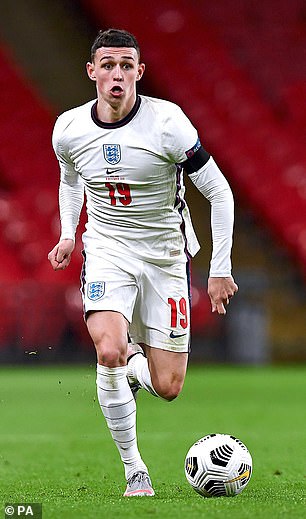 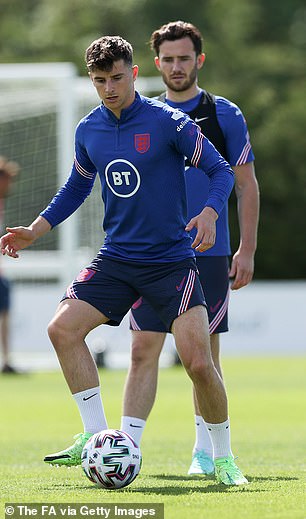 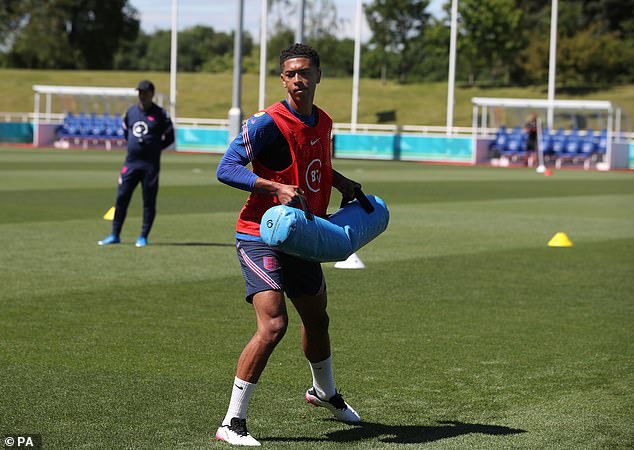 ‘Harry [Kane] untouchable, Grealish untouchable, the best position for Grealish is coming from the left which creates a situation for me… [Marcus] Rashford can only play there. When he plays on the right he is completely lost.

‘I see Harry dropping and him attacking the space behind but Grealish for me is tremendous, what he creates, his personality. He reminds me a little bit… I don’t like comparisons but he reminds me of my Figo. Figo I had him in different periods in my career and I had him in his last season at Inter but even in his last season he said “give me the ball and I will solve problems for you”.

‘I like him very much. I would say, Grealish on the left, Mount as a No 10 and because I like a lot but that’s something very personal, I like the wingers inverted, I would play Foden on the right. I would play Foden, Mount and Grealish. That is why I am saying Kalvin Phillips and Declan Rice.’

Although Mourinho believes England have a hugely talented squad, he is unsure if they will go on to win the Euros.

‘To say they should we can say the same in relation to France, or Portugal. To say should in football is too much. I think they should be positive, they should believe in themselves, they should go into every match thinking they can win it.’ 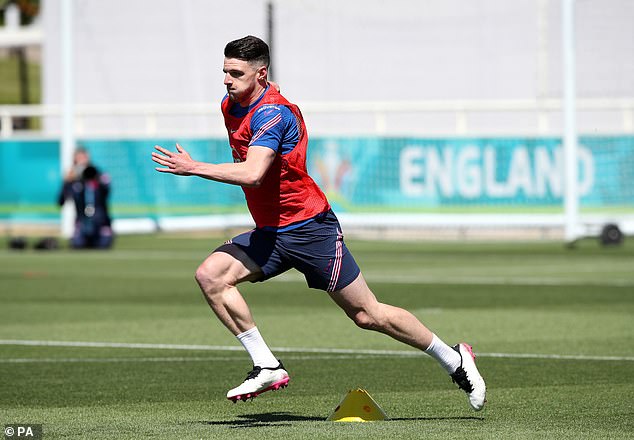