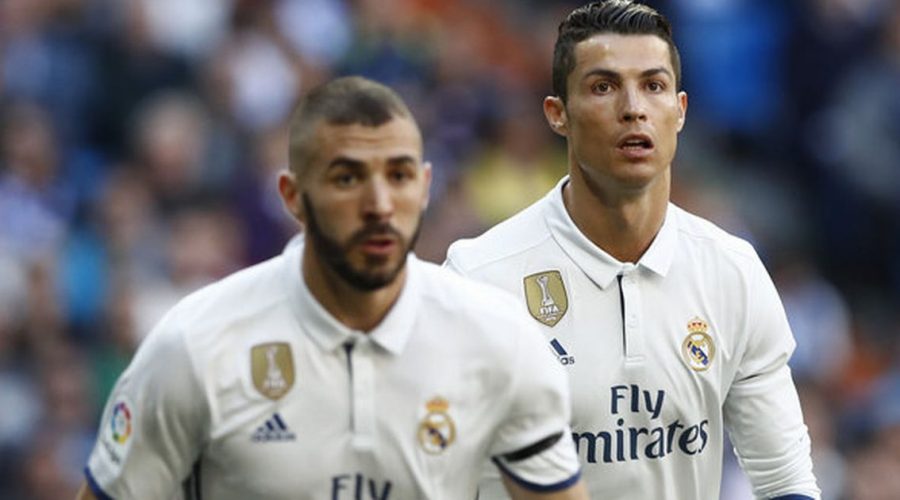 Jose Mourinho has revealed that Cristiano Ronaldo loved playing alongside Karim Benzema during his time as Real Madrid boss.

Mourinho managed the formidable duo during his three seasons in charge between 2010 and 2013 where he won a La Liga title and Copa del Rey, but has now elaborated on their relationship.

Ronaldo and Benzema both arrived at the Santiago Bernabeu in 2009 before playing together for nine years whilst winning every trophy imaginable, including four Champions League titles.

Benzema, 33, often sacrificed opportunities to score in order to accommodate Ronaldo, though both players rank among the club’s all-time top scorers (Ronaldo first and Benzema fifth).

Speaking to The Sun, Mourinho said: “The best compliment you can give to Karim Benzema is that Cristiano Ronaldo was in love with him at Real Madrid.

“Karim is probably the only No. 9 I know that is not selfish in his game.

“His vision is amazing, the way he enjoys his football is to play with lots of freedom. I can compare him with Harry Kane also in this sense.

Do you think Benzema should be given more credit for Real Madrid's success in the last decade? Let us know in the comments section.

Mourinho will see the players compete against two of his other former players, Romelu Lukaku and Harry Kane, for the golden boot at the Euros.

Benzema finished second in the La Liga rankings this season with 23 goals while Ronaldo netted 29 times in Serie A.

The former teammates are likely to face-off in the group stage clash between Portugal and France as the Euro 2016 winners look to upset the 2018 World Cup champions.