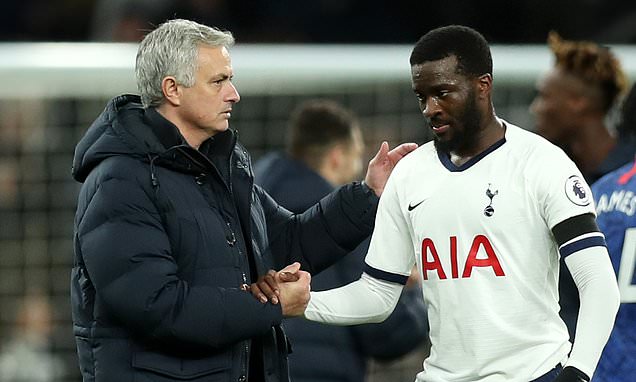 Jose Mourinho has reportedly contact Tottenham outcast Tanguy Ndombele over a January move with the Roma boss working to convince the £65million man to join him in Italy.

Mourinho was left reeling after his Serie A side threw away a 3-1 lead in just seven minutes to lost 4-3 to Italian rivals Juventus in a thrilling game in Rome on Sunday night.

The Portuguese took the job last summer and has looked to the Premier League in a bid to bolster his squad and get the club challenging for top honours again. 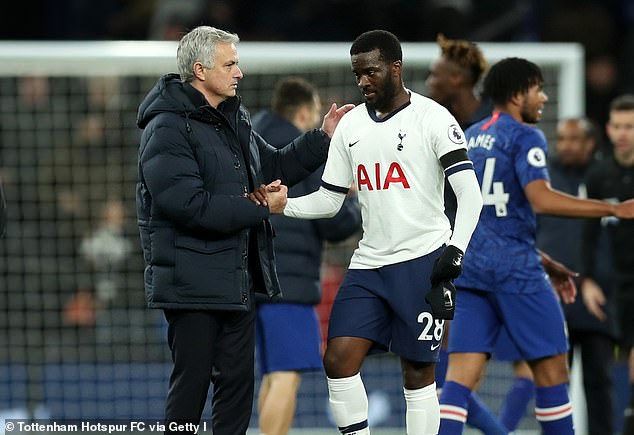 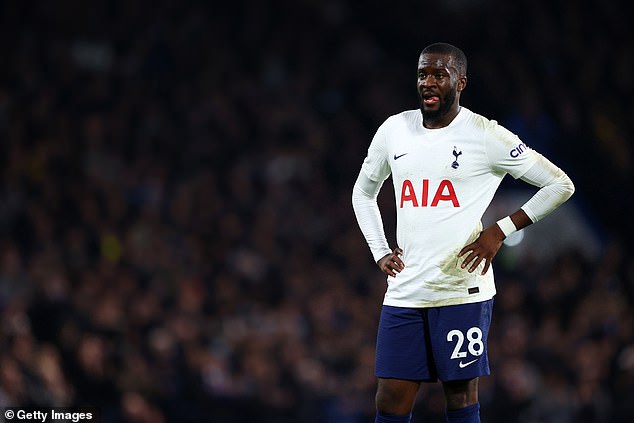 Ndombele, 25, has fallen down the pecking order at Tottenham under Antonio Conte

Tammy Abraham and Ainsley Maitland-Niles have joined from Chelsea and Arsenal respectively, and last week Roma were linked with a shock swoop for Ndombele, who Mourinho coached while at Spurs.

And according to Italian outlet Telefoot, the 58-year-old has personally contacted the Frenchman in an effort to persuade the former Lyon man to join him at the Serie A club.

Mourinho is on the hunt for a new midfielder, with Porto’s Sergi Oliveira also linked, and believes that Ndombele would be a good fit in Italy.

The 25-year-old faces a grim future in North London with new Spurs boss Antonio Conte unimpressed by his performances since taking the helm earlier this season. 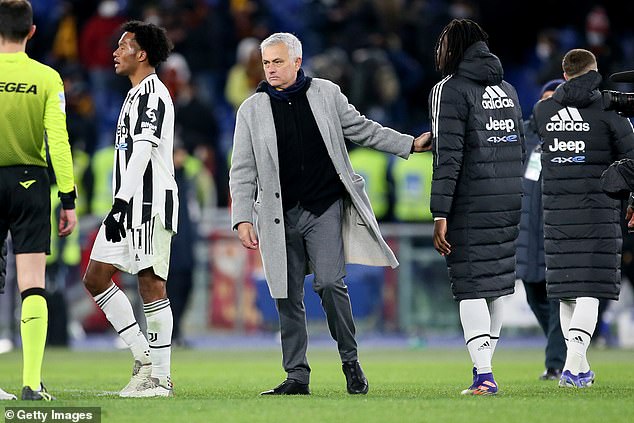 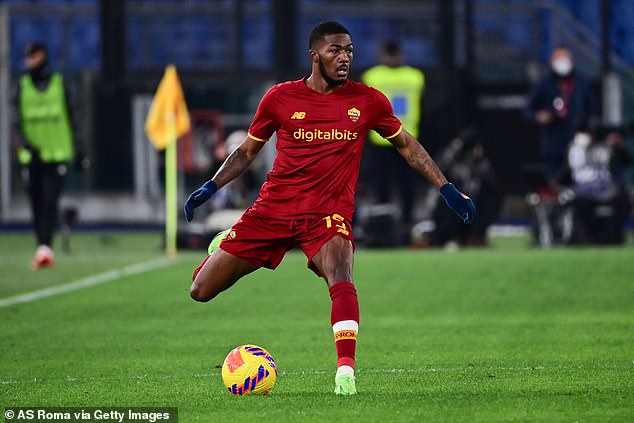 Spurs are reportedly demanding £25m for the midfielder, while Roma are interested in a loan deal with an option to buy.

Ndombele endured a tumultuous relationship with the Portuguese coach during their time together at Tottenham.

Mourinho rebuked Ndombele’s display at Burnley after withdrawing him at half time and summoned him to an impromptu training session at the height of the pandemic in April 2020.

However, he also showed glimpses of the promise that convinced the club to part ways with £65m to sign him from Lyon. Mourinho was in the dugout when Ndombele scored his sensational volleyed goal at Sheffield United last season.

January 11, 2022 Soccer Comments Off on Mourinho 'phones Ndombele to convince Spurs exile to join him at Roma'
NFL News