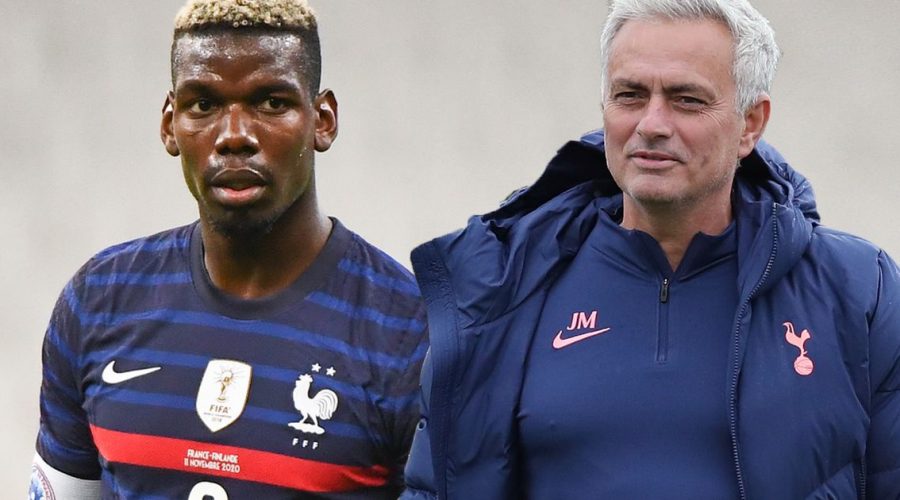 Paul Pogba is rarely shy in front of a microphone and tends to really speak his mind while representing France.

The 27-year-old's inconsistent form at club level was called into question at the start of this season, and he found himself in and out of the team at Manchester United before finally finding his rhythm.

Following France's 1-0 win over Portugal back in 2020, Pogba opened up on his difficult period at Old Trafford – and admitted he had been relishing the change of scene during international week.

"It's a breath of fresh air when you come here," Pogba said. "We have a truly fantastic squad. When we come here, we're all happy.

"We're all pleased to see one another. We really enjoy ourselves on the pitch.

"We're a real family, and we have so much fun when we come here."

The comments did little to endear him to a United fanbase, which has grown frustrated with Pogba's attitude in the past.

Yet as far back as three years ago, a certain Jose Mourinho was already able to tell the difference between the Pogba in a France shirt and the Pogba in a United shirt.

Speaking to ESPN while he was still United boss, and just after France had won the World Cup in the summer of 2018, Mourinho said: "The World Cup is the perfect habitat for a player like him to give his best.

"It is closed for a month, he can only think about football, he is completely isolated from the external world.

"During the regular season you can have a big match, then a smaller match, and you can lose your focus.

"In the World Cup the matches are always getting more important and it feeds the motivation and the concentration of the player."

Mourinho also spoke about how a player like Pogba thrives on the pressure of delivering the goods more at international level than club level.

"Players (like him) really feel the extra commitment with the people, with the country, that extra responsibility," Mourinho added.

"From an emotional point of view it even makes them, sometimes, overcommitted. I think it's a perfect environment for a player like him to fully focus on the job."

April 27, 2021 Soccer Comments Off on Mourinho perfectly summed up why Pogba prefers playing for France over Man Utd
NFL News