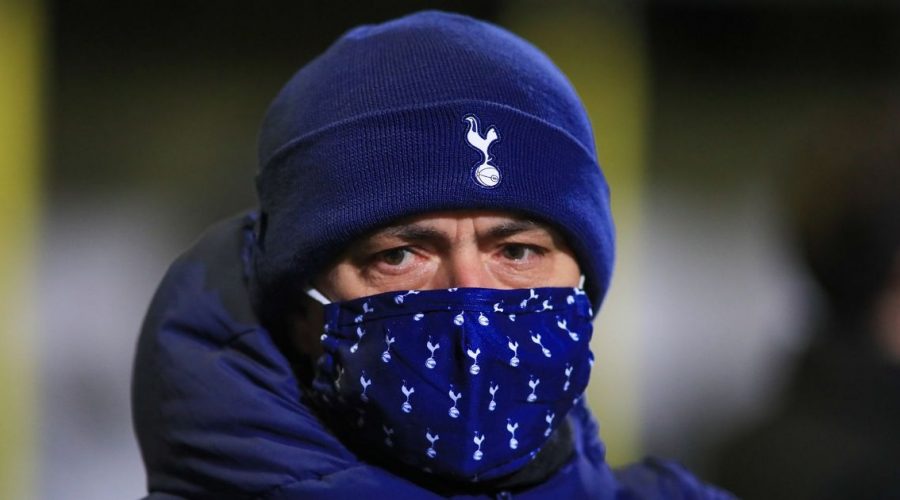 He may be everyone’s favorite pantomime villain but Jose Mourinho has a point.

If top-flight clubs really do want to prevent the financial meltdown of a suspended season then they really will have to adapt to the changing circumstances.

With the Premier League bending over backwards to keep clubs happy, rule-breakers in check and the government from shutting from shutting football down, Fulham ’s fury at having to step in for Covid-hit Aston Villa – instead of hosting Chelsea on Friday – went down badly in north London.

In response to the anger, the Spurs boss reiterated just what is at stake.

“Do you want to finish the season or not?” Mourinho asked. “Do you want football to keep going or not?

“Do we want to be the only country in Europe without football or not? Do we want the end of the season with champions, a cup winner, with relegation, with Europe, or not? That’s the main question.

“Do you football journalists want to keep working or not? Do we want to have our salaries, yes or no? What do we want?

“Since pre-season when I was told that if you have 14 players available, you play football, I thought, ‘We are going to play, we are going to end the season and we are not going to have problems’.

“That rule, for some reason, changed. We had matches postponed and, since that moment, the situation became a little bit more difficult.

“Then, we needed leadership. We needed decisions to be made. So if we all are very selfish, or if you all want the perfect situation for ourselves, it is going to be very, very difficult for the Premier League to make it amazing for everyone.”

In any case, Fulham should be in a position to field a strong side having made SEVEN changes for their FA Cup third round win at QPR. That game, which they came through in extra time, was their first since Boxing Day.

For Mourinho, whose Carabao Cup finalists are also in the Europa League, the FA Cup and the title race, the fixture pile-up is set to reach breaking point.

Referring to Villa’s Under-23 side that lost to Liverpool in the Cup last Friday, the Spurs boss added: “I could also ask why Aston Villa played against Liverpool in the cup, but Villa doesn’t play against me tomorrow.

“Let’s wait for tomorrow. Let’s see Fulham’s team, their starting line up, their bench and the players not involved in the game. Then we can all feel sorry for them. Or we can all think that they shouldn’t speak.”