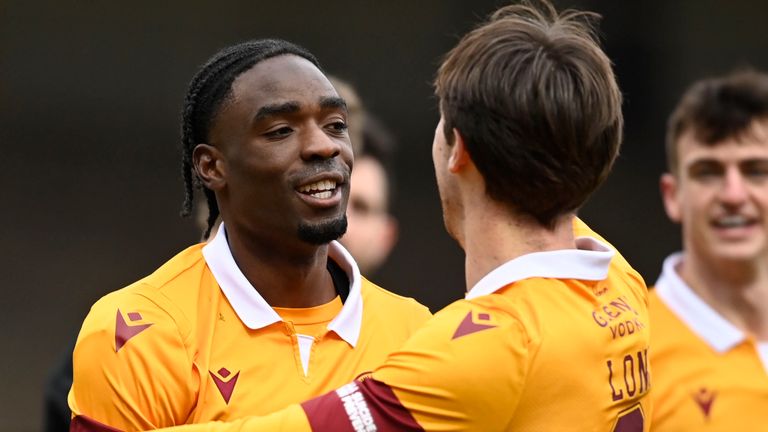 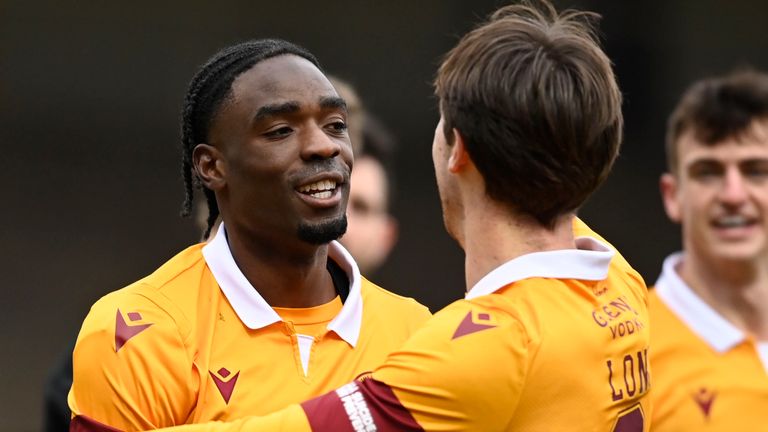 Devante Cole scored twice and set up another goal as Motherwell beat Livingston 3-1 at Fir Park.

Cole netted from a first-half penalty and an opportunist strike to take his goal tally to seven in 12 games since Graham Alexander took charge.

The striker then laid the ball into the path of substitute Christopher Long to restore the hosts’ two-goal lead.

Jack Fitzwater had pulled a goal back for Livingston, who are left waiting to confirm their top-six Scottish Premiership place.

A second win on the trot moved Motherwell 10 points clear of the foot of the table.

Livingston were playing their third game inside seven days and their narrow but emotionally draining defeats by Betfred Cup final opponents St Johnstone and league leaders Rangers appeared to take their toll.

David Martindale’s side were without strikers Scott Robinson, Jay Emmanuel-Thomas and Gavin Reilly so Matej Poplatnik made his first start for four months. The Slovenian conceded the penalty. 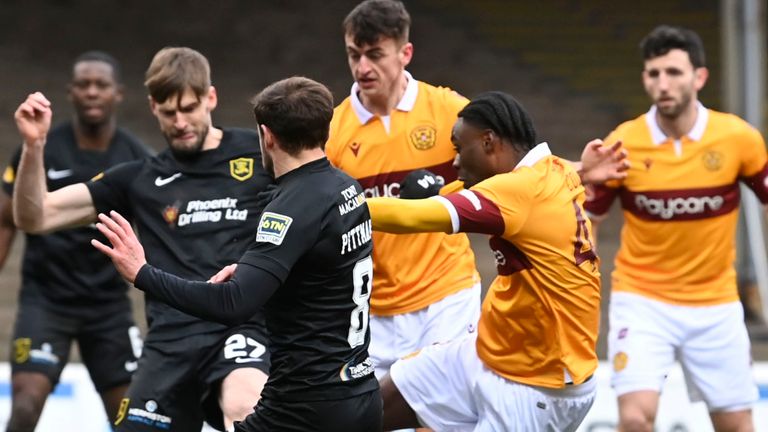 Motherwell skipper Declan Gallagher had to settle for a place on the bench after making his comeback from a hamstring injury late in the previous weekend’s victory over Hibernian, which was their second clean sheet in a row.

Alexander, who was sent to the stand in two of Motherwell’s previous four games, switched to the traditional away Fir Park dugout, a vantage point which offers easier access to the assistant referee.

The hosts got more shots at goal in the first 75 seconds than they managed in the entirety of their previous home game, a 3-0 defeat by St Johnstone.

Jordan Roberts and Stephen O’Donnell forced good stops from Robby McCrorie and the hosts had a strong penalty claim rejected when Tony Watt went down in pain following an Aaron Taylor-Sinclair challenge.

Watt and Cole were off target as Motherwell continued to push forward, before the former went off injured as Long came on.

The penalty that referee Colin Steven gave appeared softer than the early claim. Poplatnik was penalised following a collision with Robbie Crawford as the former Livingston midfielder tried to go round him. Cole dispatched the 31st-minute spot-kick down the middle. Livingston finally emerged as an attacking force with a series of set-pieces late in the half and they came very close twice.

Liam Kelly made an excellent stop as Poplatnik headed towards the bottom corner following a long throw, before Josh Mullin hit the bar from a 25-yard free-kick.

Long and Jon Guthrie had half-chances saved at either end before Cole grabbed his second in the 59th minute. The striker turned and fired home a loose ball from 16 yards after a free-kick had been smashed into the wall.

Livingston produced an instant response inside 60 seconds. Fitzwater dived to head home at the far post after Guthrie had flicked on Craig Sibbald’s inviting free-kick.

Guthrie headed wide before Motherwell restored their two-goal cushion in the 69th minute. McCrorie’s clearance only went as far as Cole, who played the ball into the path of Long. The substitute took a touch and slotted past the goalkeeper.

Livi again had a quickfire chance to pull one back but Jake Carroll produced a goal-line challenge to stop Poplatnik knocking home Alan Forrest’s effort.

Gallagher came off the bench for Long to help Motherwell see out the win.

Motherwell are away at Kilmarnock on Saturday March 20. Livingston play Hamilton next Saturday in the Scottish Premiership before facing Hibernian on March 20.