Nacho Monreal is closing in on a return from injury after training with the rest of the Arsenal squad on Wednesday.

The Spaniard, who has been out of action with a hamstring injury for the past month, stepped up his recovery by taking part in a full session in preparation for Thursday’s Europa League clash with Sporting Lisbon.

Monreal remains a doubt for the Group E game, but will continue to be assessed by Arsenal’s medical team with a view to his comeback. 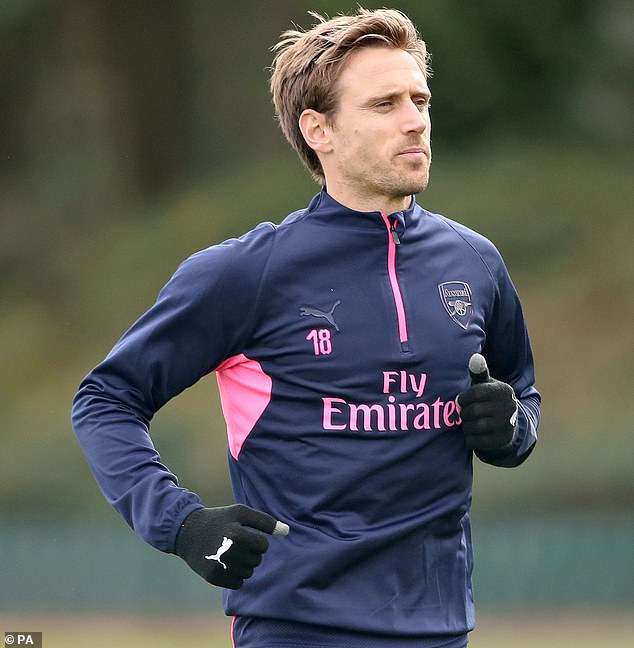 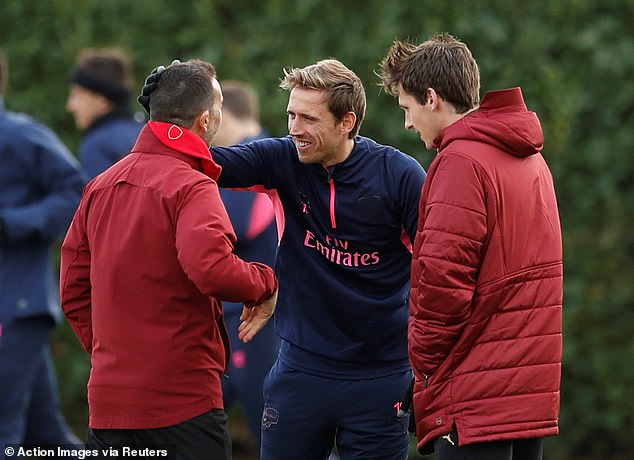 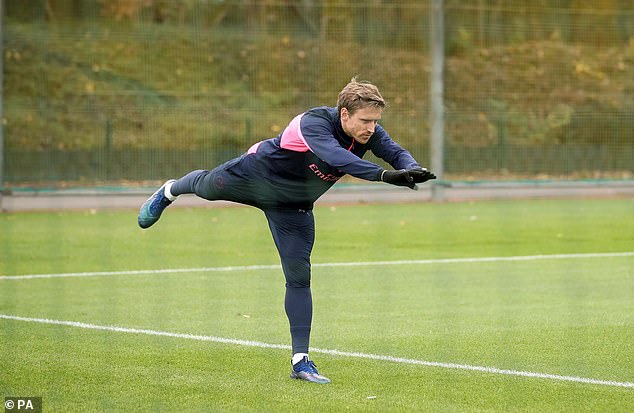 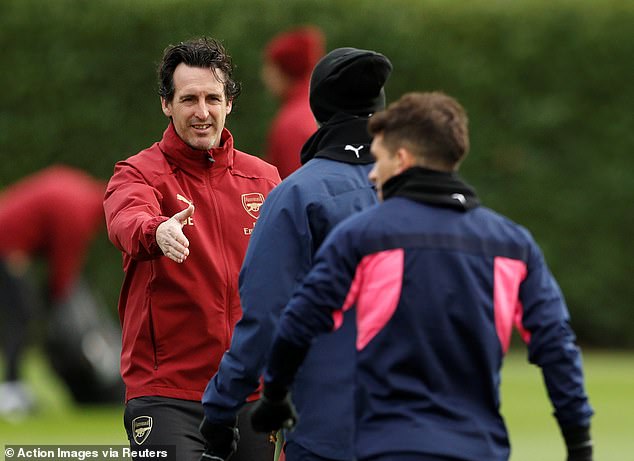 The session was overseen by manager Unai Emery (left), who has made a promising start to his time at the Emirates

He could be seen sharing a joke with club staff and doing stretches in pictures from the session at the Arsenal Training Centre as he works his way back to full fitness.

The Gunners, who will also assess defender Sokratis Papastathopoulos before Thursday’s game, otherwise had a relatively clean bill of health as manager Unai Emery took training.

The likes of Mesut Ozil, Lucas Torreira and Aaron Ramsey were also involved in front of the watching Spaniard, who must decide whether to shuffle his pack during a busy run of action both domestically and on the continent. 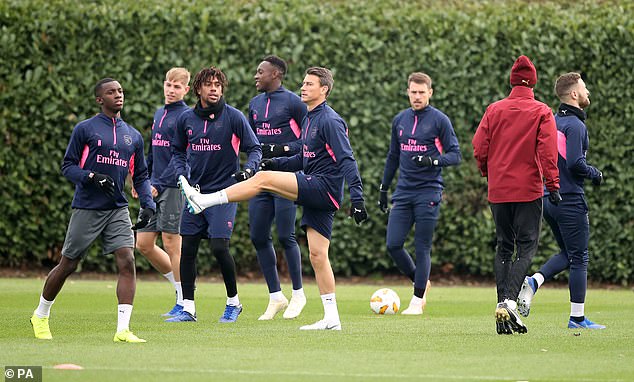 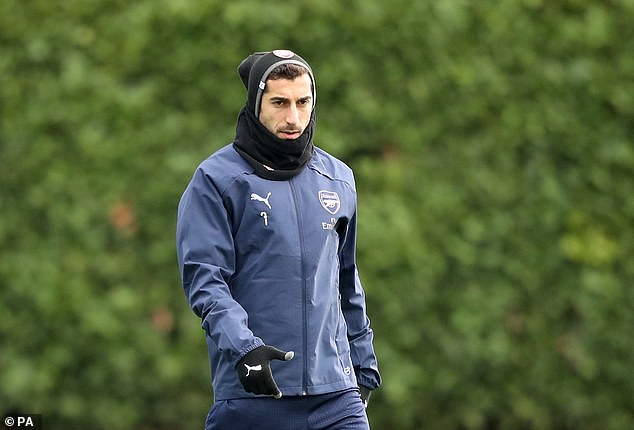 Henrikh Mkhitaryan (pictured) braved the November cold in his snood, gloves and hat 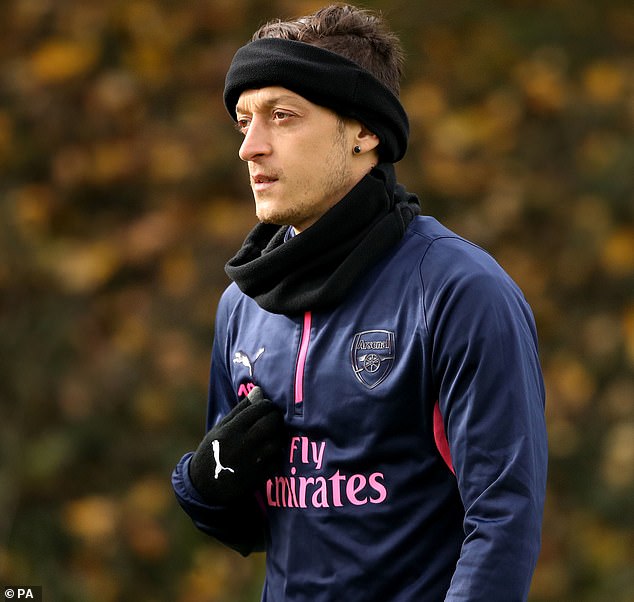 Midfielder Henrikh Mkhitaryan will be hoping to keep his place in the starting line-up following the 1-1 draw with Liverpool on Saturday, and braved the November cold wearing a hat, snood and gloves.

Mkhitaryan was joined by youngsters Emile Smith-Rowe, Matteo Guendouzi and Eddie Nketiah, who are all in with a chance of featuring against the Portuguese outfit.

A 1-0 victory in Lisbon last time around – courtesy of a late Danny Welbeck – goal leaves Arsenal with an unblemished 100 per cent record in Group E ahead of the Emirates clash.

They will be hoping to secure their passage through to the next round of the competition with two games to spare – and can do so by bettering Vorskla Poltava’s result against Qarabag. 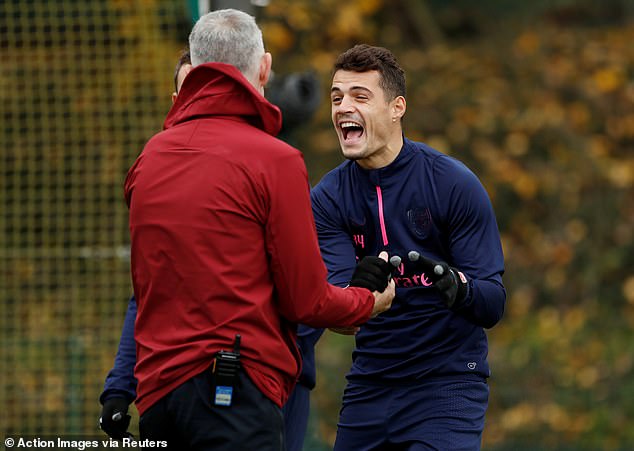 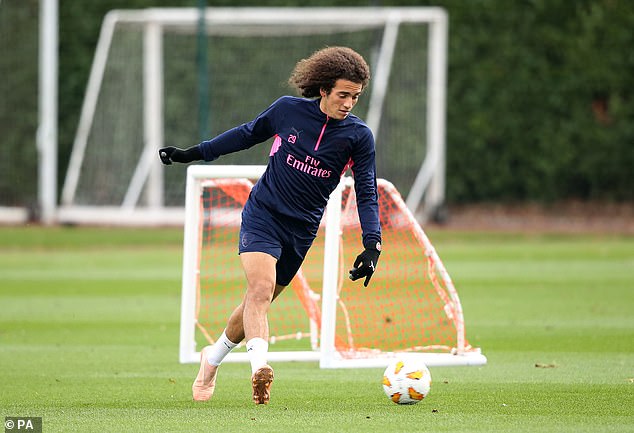 November 7, 2018 Soccer Comments Off on Monreal closing in on comeback from injury after training with Arsenal
NFL News