Monaco 2-2 Dijon: Thierry Henry’s wait for a first win in charge goes on Ligue 1 side are held by fellow strugglers

Monaco needed a late equaliser from Kamil Glik to rescue a point against fellow strugglers Dijon as Thierry Henry’s difficult start to life as a manager continued,

Henry took over from Leonardo Jardim earlier this month but the former Arsenal star remains without a win after three matches in charge.

Benjamin Henrichs had put the home side into a first-half lead before goals from Mickael Alphonse and Mehdi Abeid flipped the game on its head. But Glik secured a draw for the home side with just over 10 minutes remaining. 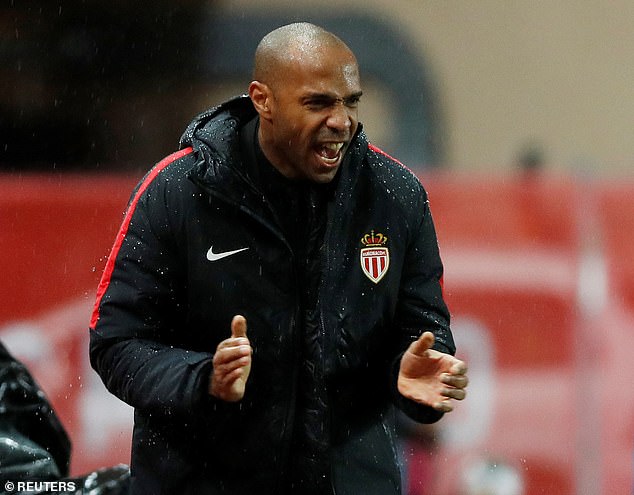