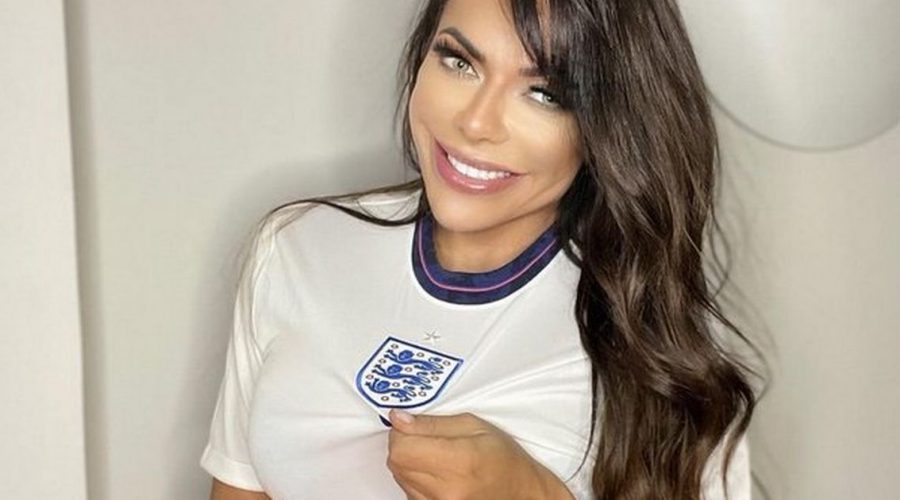 Suzy Cortez, also known as Brazil's Miss BumBum, has detailed her support for England on Instagram following their Euro 2020 triumph over Germany at Wembley on Tuesday.

The 31-year-old, who regularly shows off her love for Barcelona, first hit headlines in 2015 when she won the Miss BumBum title – which she did for a second time in 2019.

With attentions now turned to international football, Suzy has thrown shade at the German national side by announcing her delight after Raheem Sterling and Harry Kane got on the scoresheet.

She said today: "I'm very happy, when I lived in London I couldn't see England beating the Germans. Today is a happy day. Brazilians like England hate Germans!"

Having said before the tournament: "In 2022 Phil Foden will win the award for best player in the world, he has everything to follow in Leo Messi's footsteps. Come on England #EURO2020."

Suzy has gained an Instagram following of 416k thanks to her risqué snaps and love of football, she even got a tattoo celebrating Argentina and Barcelona icon Lionel Messi.

Suzy said: "I already have Messi's face tattooed under my abdomen, which I did when he won the best player in the world award (Ballon d'Or) for the sixth time, and I intend to get the same tattoo he has on his left leg.

Can England go all the way and win Euro 2020? Give us your thoughts in the comments.

She added: "My history with Barcelona started when I went there on an exchange programme and ended up staying there for six years. It was there that my love for the Barcelona team and Messi began."

While the country has been filled with excitement before the quarter-final on Saturday, Gareth Southgate has told the players that they need to back it up.

Having boldly switched to a back five following three clean sheets with a back four, the former Middlesbrough boss once again proved his knowledge as the Three Lions impressed.

He told BBC Sport: "We’ve talked about bringing enjoyment to the nation and afternoons like this is what that’s about.

"The players were absolutely immense, right the way through the team and the fans were as well. It was only 40,000, but it was as good an atmosphere at Wembley that I can remember.

"We played extremely well and I think we deserved the win.

"I have had to say to them straight away 'I'm the party pooper' because if we don't go and capitalise on that on Saturday now then it doesn't count for anything."