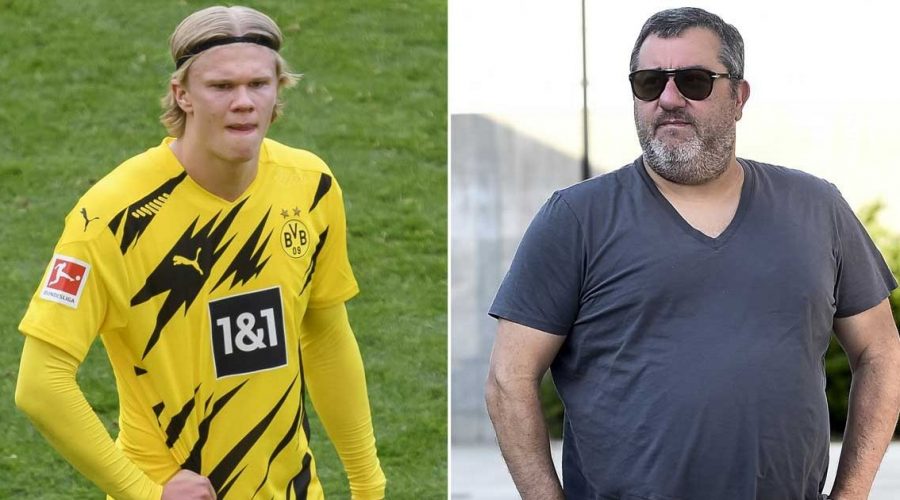 Haaland remains a transfer target for a number of top European clubs ahead of the upcoming window and Raiola is doing everything in his power to force through a move.

The 20-year-old has been in sensational form every since signing for Dortmund and has scored a remarkable 53 goals in 56 appearances for the club.

It's this goalscoring form that has seen outside interest continue to grow, though the German giants are in no rush to begin discussing a potential sale of their star striker.

But Dortmund may soon be forced to reconsider following news that Raiola wants Haaland out of the club as soon as possible and will ensure that the youngster will join Bayern Munich in 2022 if he is not granted permission to leave this summer.

In recent years, Dortmund have become all too familiar with losing key players to their Bundesliga rivals and will want to avoid a repeat of this.

Mario Gotze, Mats Hummels and Robert Lewandowski are three players who have all completed such a move in recent seasons, weakening Dortmund to Bayern's benefit.

Despite Raiola's latest efforts to escalate this transfer saga, Dortmund's CEO Hans-Joachim Watzke recently insisted that the club are under no pressure to offload star players.

"When Covid-19 struck, we had no debt. Not one euro. Because of that, it is a comfortable situation. We do not have to sell a player. That is important," Watzke told BBC Sport.