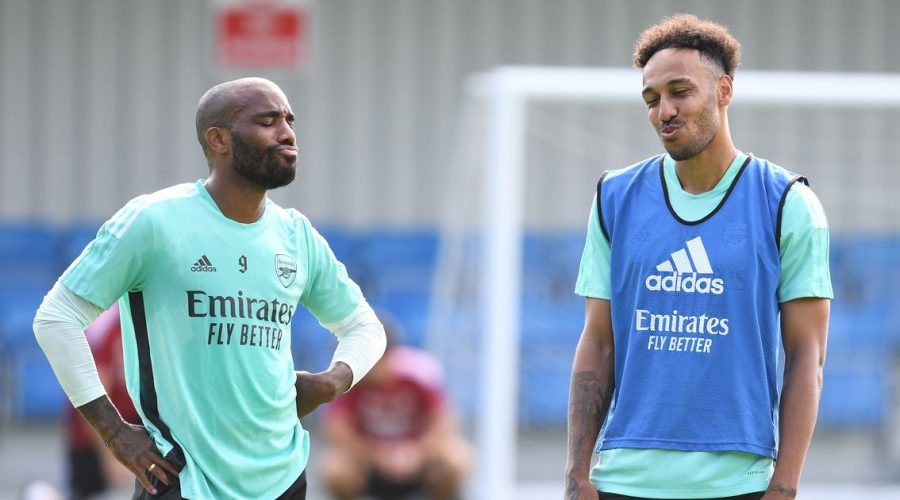 Arsenal will be without both Pierre-Emerick Aubameyang and Alexandre Lacazatte for their Premier League opener with Brentford.

The Gunners open the new season with a tough trip to the Brentford Community Stadium to take on a Bees side that will be buzzing with confidence after winning promotion from the Championship.

And they will have to do it without the services of first-choice striker Aubameyang and Lacazette, both of whom are unavailable as they are unwell, according to The Athletic.

Aubameyang featured in all of Arsenal's pre-season matches, and although Lacazatte had been linked with a move away from the Emirates this summer, he was expected to be involved in west London. Both players would have been likely starters for Mikel Arteta this evening, giving the Spanish boss a real selection headache hours before kick-off.

Bukayo Saka and Gabriel Martinelli are obvious replacements for the absent pair, but both have only just returned from international duty.

Saka was Arsenal's second most used outfield player last season and had a significant impact on the team's style of play, providing 10 assists and scoring seven goals in 46 appearances.

Where will Arsenal finish in the Premier League this season? Let us know in the comments section. He became an important member of Gareth Southgate's squad during Euro 2020, appearing in three knockout games including the final against Italy.

The 19-year-old made a 27-minute cameo off the bench against Tottenham last week and could be thrown in from the off against Brentford.

Martinelli, meanwhile, travelled to Japan with Brazil for the Tokyo Olympics, but did not feature heavily and is also a contender to start. Willian and Reiss Nelson are other possible wide options for Arteta, while highly-rated 19-year-old Folarin Balogun could be given his Premier League debut up front.

Elsewhere, Arsenal will also be without the services of Thomas Partey who picked up an ankle injury against Chelsea in pre-season.

Eddie Nketiah also injured his ankle against the Blues and is expected to return to training early next month.

August 13, 2021 Soccer Comments Off on Mikel Arteta without Aubameyang and Lacazette for Arsenal’s clash with Brentford
NFL News