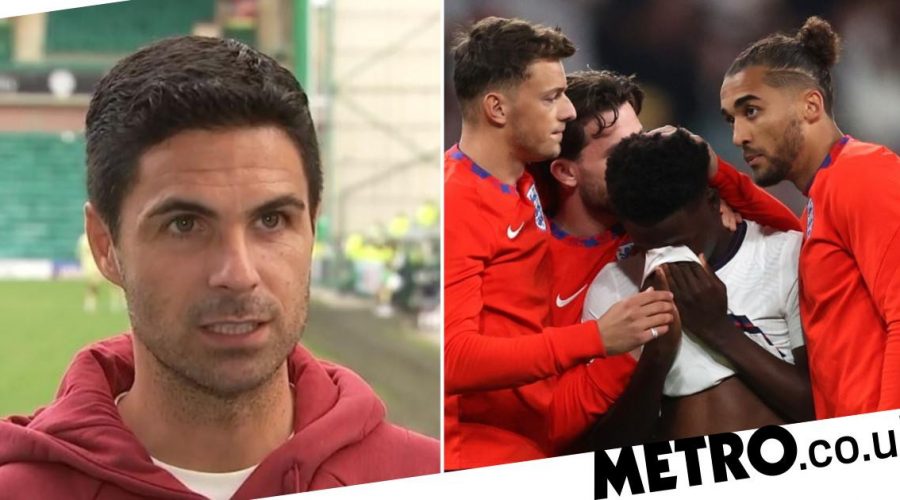 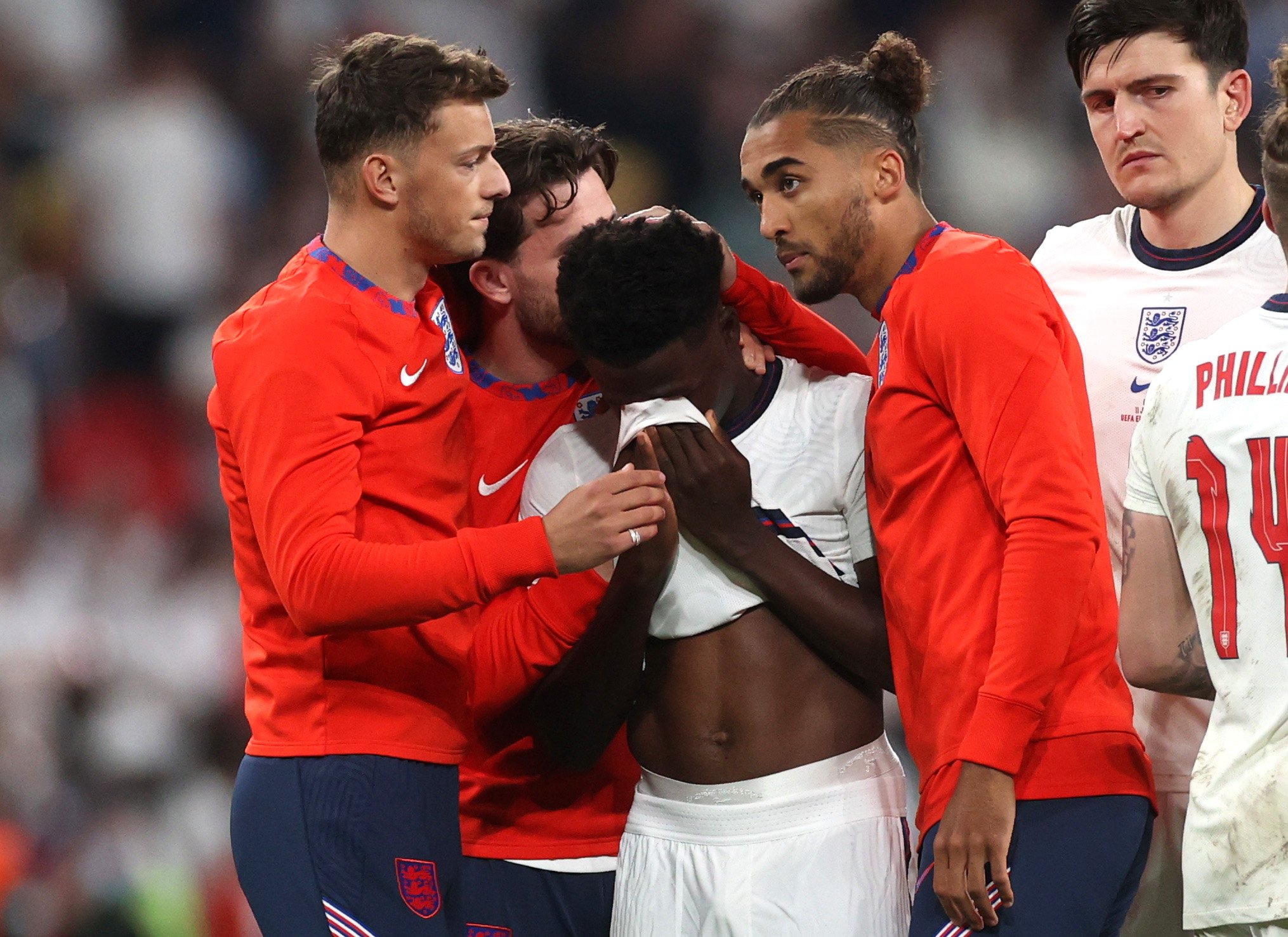 Arsenal manager Mikel Arteta insists Bukayo Saka ‘will be fine’ after his miss for England in their Euro 2020 final defeat to Italy.

The 19-year-old needed to score England’s fifth spot kick in the penalty shootout to force sudden death but his effort was saved by Italy goalkeeper Gianluigi Donnarumma.

A tearful Saka was comforted by his teammates on the pitch at Wembley, while England boss Gareth Southgate personally took the blame for the Arsenal winger’s penalty miss.

But Arteta is adamant that Saka will bounce back due to his ‘strong character’.

Asked if he had personally spoken with Saka following England’s defeat in the final, Arteta told Sky Sports: ‘Yes, I have. We all have, I think, spoken to him, sent messages.

‘He will be fine. He is such a strong character. He has received a lot of love and support from world football, not only with Arsenal but the national team and all the English fans because he doesn’t deserve anything like [what] he has been through.

‘He has had a phenomenal season.

‘In football, you want to be part of the greatest, you have to know today, at 19, that you lose more than you win unfortunately in this game and there are no exceptions to that rule.’

Arteta also called for tougher laws to be put in place to stop players from receiving abuse on social media after Saka was targeting following England’s defeat at Wembley.

‘Hopefully we can use now to make a strong statement and we have to stop racial abuse on social media and people using social media to hide and put people in really bad places,’ said the Arsenal manager.

‘Hopefully the laws will become stronger. I think we are all going to try and make a strong case out of that and hopefully, it can have a big impact because I think it is the moment to put that right.’

July 14, 2021 Soccer Comments Off on Mikel Arteta speaks out on Bukayo Saka after his Euro 2020 final miss
NFL News