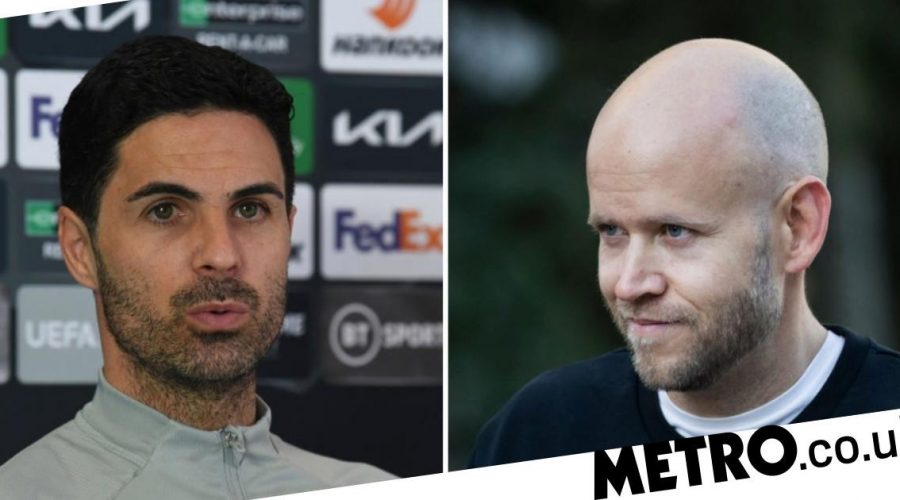 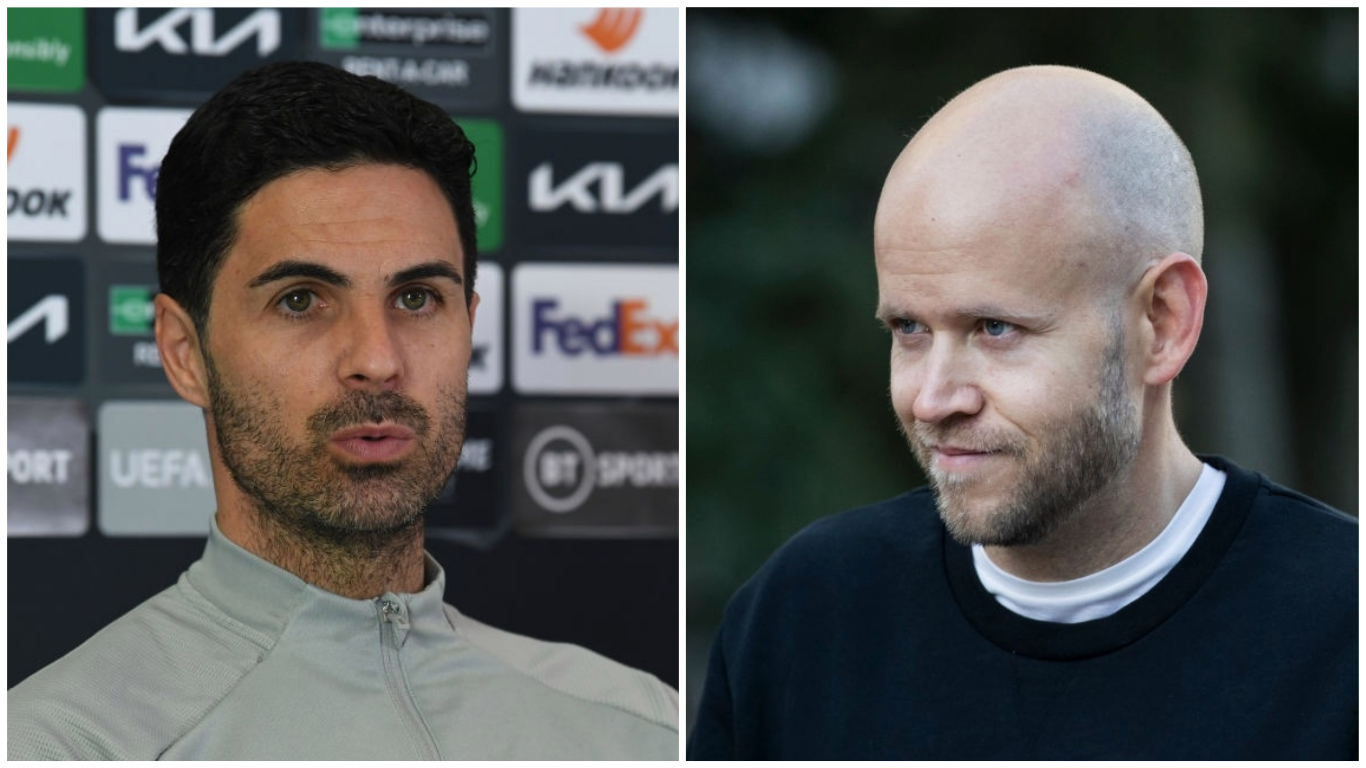 Last week, Swedish businessman Ek, who is worth a reported £3.4bn, confirmed his interest in buying Arsenal from KSE.

The 38-year-old has gained support from Arsenal legends Thierry Henry, Patrick Evra and Dennis Bergkamp, but club owners Stan and Josh Kroenke said on Sunday they would ‘not be selling any stake’ and remain ‘100% committed’.

Asked about Ek’s bid to buy Arsenal, Gunners boss Arteta said on Wednesday morning: ‘I cannot control the speculation and what is going on. What I like to know and talk about is the reality.

‘We have owners that are really committed and want a successful team on the pitch, and will do everything they can to achieve that.’

Ek’s bid was dealt a major blow on Sunday when the owners said in a statement: ‘We have not received any offer and we will not entertain any offer.

More than 1,000 fans protested against Arsenal’s current owners at the Emirates before the 1-0 loss to Everton on Friday night.

The defeat left Arsenal 10th in the Premier League with five games remaining in Arteta’s first full season as manager.

Gunners legend Arsene Wenger, meanwhile, has offered to help ‘in any way’ amid speculation of a possible takeover involving his former players Henry, Vieira and Bergkamp.

Speaking to beIN Sports on Tuesday night, Wenger said: ‘I would say I like the fact that former people of the club run the club and basically you have two examples in the football world, former players who run the club like at Bayern [Munich] or big investors that buy a club like Manchester City. You have all different kinds.

‘I personally, because I’m a football man, I like that the fact that the former Arsenal players take over and have advice.

‘For the project I believe I prefer personally the best deals are made when nobody knew about it and you come out and it’s done.

‘Once you announce things you have a mountain to climb after. Nobody wants to give in and it’s better always that you do your deal and then it’s done. You come out and then you take people you want.’